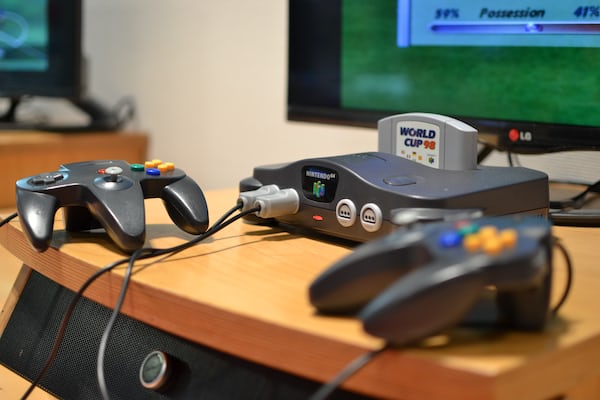 A “preliminary” version of Windows 11 has leaked onto the Web. It allows you to discover in detail the new desktop interface, in particular the new Start menu.

This is an “almost final” version of the latter. This means that some changes can still take place before the official presentation. The rumors of the last few months regarding dynamic thumbnails are correct. Microsoft decides to abandon them.

The “Live Tiles” were introduced by Windows 8. Their mission was to bring a more “tactile” vision of Windows, which was not accepted by the general public.

Windows 8 was one of the biggest failures in Windows history.

Windows 10 debuted in July 2015 by designing the use of these Lives Tiles but usage statistics have shown that their popularity was not there.

Windows 11 and the start menu

The approach proposed by Windows 11 is to replace these dynamic thumbnails with static icons arranged in rows and columns. This choice considerably improves the interface with a more airy and modern rendering.

The Start menu experience is completely redesigned with a focus on apps and productivity. Application shortcuts take advantage of colorful icons and the space splits into two sections. The first proposes the pinned activities and the other those recommended according to the uses of the user. For example, it allows access to recently viewed or modified documents / files. It’s a quick way to find important documents.

Windows 11, option to reposition the start menu on the left.

If the start menu is placed in the center of the taskbar, an option is provided to reposition it to the left as on Windows 10. To all this is added support for dark mode and custom colors.

Note that in the disclosed version of Windows 11 Microsoft has removed some options from the start menu including the shortcut to Task Manager. For the moment you have to use the classic CTRL + ALT + SUPP.

Windows 11: how to put the Start menu back on the left like Windows 10

The Start menu is certainly one of the biggest changes in Windows 11 from the previous version of the operating system. But if you don’t like this new Start menu, don’t panic: it’s entirely possible to revert to the old version. Here is how to do it.

Even though it has not yet been announced by Microsoft, Windows 11 has already leaked onto the Web. On the design side, the operating system has a new look and offers windows with rounded corners, from new icons (for File Explorer and other Windows applications), but also and above all a new start menu.

The Windows button is now located in the center of the Taskbar rather than at its left end, while the Start menu “floats” on the desktop and is no longer wedged to the left of the screen. In addition, we take advantage of a new icon to call up “Widgets”. For now, this new menu displays News and Interests, a feature that currently poses some concern for Windows 10 users.

If you don’t like this new Start menu layout, especially the Start button’s floating menu and the layout of its icons, it is perfectly possible to return to the old presentation of the Windows 10 Start menu. Here’s how to do it.

Under Windows 11, it is perfectly possible to recover the Windows 10 Start menu. No dedicated option is currently available, but a quick tour of the Registry allows you to restore the menu in just a few seconds. Proceed as follows:

And now, voila. If by any chance you want to restore the Windows 11 Start menu, you will have to go through all the previous steps and delete Start_ShowClassicMode, or assign it the value 0. Finally, note that it is not impossible for Microsoft to simplify the maneuver and quickly offer this feature in the form of an option to check or uncheck in the settings of the Taskbar.

Images of the new Windows 11 Start menu were published on the web this Tuesday, June 15, 2021. The opportunity to preview part of the interface of the next operating system from Microsoft.

As you know, Microsoft has made an appointment with the press on June 24 for a conference dedicated to the future of Windows. This event, which will be hosted by the current CEO of Microsoft Satya Nadella, will be an opportunity for the American manufacturer to lift the veil on Windows 11. This is in any case what rumors and noise from the corridors of these last two weeks.

We must add to this the recent retrospective video published by Microsoft, which compiles all the launch jingles of all the manufacturer’s OS. A video which also lasts 11 minutes precisely. Despite everything, the Redmond firm is still evasive on the content of this conference, but it was without counting a new massive leak on the Chinese site Baidu.

As our colleagues from The Verge report, many new images of the Start menu and Windows 11 interface have been published on the web. As these screenshots show, the changes to the UI look a lot like what was initially found in Windows 10x, before Microsoft decided to kill the project.

In detail, we notice that application icons are now centered in the taskbar, with a new button and a new Start menu. Thus, it now houses multiple pinned apps like Mail, Calendar, Microsoft Store or even Photo Gallery and Settings. As can be suggested from the view of the free locations, it will be possible to assign more applications and software to this Start menu.

Then, the most attentive among you will perhaps have noticed this new icon, located in the center of the taskbar. It is probably about l’onglet Widgets, as evidenced by another screenshot. With this feature, the user will be able to quickly access some key information like weather, your favorite news feeds and other web content.

In addition, we notice on the System Settings capture that the operating system is identified as Windows 11 Pro. Our colleagues at The Verge assure that these images are authentic, in other words that they are not faked. On the design side, we also note that Microsoft has literally chosen to round the angles of each window on Windows 11.

As revealed to us by The Verge, Microsoft has also included a new configurator on Windows 11. This service simply guides new users who have just purchased a PC running Windows 11 or who wish to migrate to the new OS through a series of steps to configure their system.

NO CHANGES IN THE SHOP, FOR THE MOMENT

The CEO of Microsoft has also promised to “unlock greater economic opportunities for developers and creators”, in particular thanks to this shop redesigned and corrected. In particular, it would allow developers to submit any Windows application, thanks to the possibility of listing files in .EXE and .MSI format. In addition, developers could use their own payment service for in-app purchases. Goodbye therefore the obligation to go through the Microsoft service, and the commission that comes with it.

Anyway, there is hardly any room for doubt. It’s a safe bet that this conference scheduled for June 24, 2021 will be dedicated to Windows 11, the next version of Microsoft’s famous operating system. This massive leak is in any case irrefutable proof of its existence.

Windows 11: you can reactivate the Windows 10 Live Tiles Start menu

The interface of Windows 11 There has been a lot of reaction, but Microsoft has plans to let users go back to certain Windows 10 UI elements, and that is the case of the Start menu.

Yesterday, the interface of the future Windows 11 leaked and we saw that Microsoft has worked on a new taskbar as well as a redesign of the Start menu.