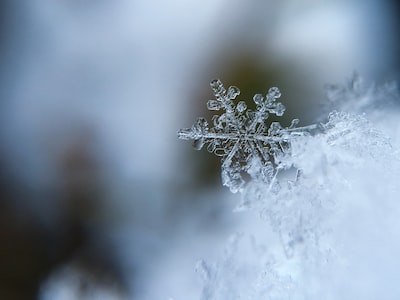 The drums of war resonate once again: WoW Classic offers a Season of Mastery, a year-long event that allows players to relive the WoW Classic experience from scratch and with new features.

Long-awaited, Season of Mastery is finally coming to WoW Classic! The developers have indeed announced the creation of brand new realms for this version of the game in order to allow fans of the first version of the game to access a one-year season divided into 6 Phases of content deployed at the rate of one every two months or so. Changes are also taking place regarding raid bosses to make them more complex, and many others as explained by the developers in the press release below published on Saturday, September 30, 2021.

Good morning, adventurers! WoW Classic Mastery Season is coming to give all players a chance to start afresh and be on a level playing field. For this season we are planning a number of changes.

We will be opening new realms in WoW Classic for the Season of Mastery. These realms will invite new and current WoW Classic players to start over from level 1 for a complete reset of WoW Classic content, bringing them back to the very beginning of the World of Warcraft saga.

WHAT ARE THE NEW FEATURES OF THE WOW CLASSIC MASTERY SEASON?

As with the first version of WoW Classic, we want to roll out the content in six phases. In the season of mastery, however, the transitions will be faster. We expect a 12-month rotation, with phases released roughly every two months. Below is the detailed program of the six phases:

The first version of WoW Classic was designed to recreate the difficulty and challenge of World of Warcraft update 1.12. While we’ve done our best to faithfully replicate the latter, many raid encounters turned out to be easier than the first time around – players were simply more experienced and better prepared, and the patches dramatically increased their power.

That’s why we’re planning some changes to make those early raid bosses a bit tougher and try to recapture the initial challenge they represented. These changes currently include (but are not limited to):

– That’s why we’re planning some changes to make those early raid bosses a little tougher and try to regain the initial challenge they represented. These changes currently include (but are not limited to):

– Global buffs (like the Dragonslayer’s Rallying Cry and others) are disabled in raid instances
– Restored mechanics that were removed very early on some raid bosses
– No boss debuff limit (instead of 16 in Classic WoW)
– Increased the number of life points of bosses, to compensate for player buffs and the removal of the debuff limit

These changes are intended to make this experience a little more difficult than that of WoW Classic in 2019.

Due to the faster content posting frequency adopted in Mastery Season, we are also planning several improvements and changes, including:

We plan to increase experience gains over the first version of WoW Classic. Our intention is to adjust them to a degree close to what the EXP gains from level 1 to 60 in Burning Crusade Classic ™ are, while emphasizing the experience granted by quests.

In addition, we would like to introduce some improvements that were not in the original version of WoW Classic, but which we believe can help provide a better experience:

Realms tend to be more densely populated in Classic WoW than in the original 2005 release. Increasing the number of collection points should help keep the economy more consistent.

The WoW Classic Mastery Season will be in an open beta starting October 5. We look forward to hearing your reactions to these and other changes as we implement them. Keep an eye on the forums as well as on worldofwarcraft.com so you don’t miss out on the latest news.

Kaivax, one of the Community Managers of Blizzard, also communicated in the wake about the boosts offered by the Mages. According to him, the developers have several ideas in mind in order to make them significantly less efficient than in WoW Classic or even Burning Crusade Classic:

Hello. There are several points we wish to add to this discussion. We want to make sure that it is still viable to level up secondary characters during this accelerated period.

However, we plan to deal with the case of the boosts offered by the Mages during the Beta. We have some ideas to suggest adjustments that could reduce their impact, especially in some highly coveted locations such as Maraudon.