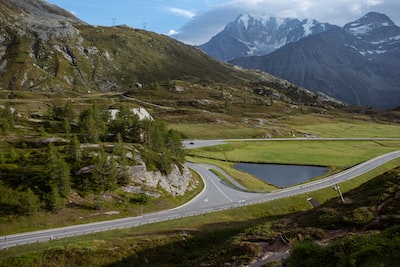 The Game Pass catalog for December is here, and there are some great titles to chew on as the year draws to a close.

This holiday month, video games are sure to be high on the lists of geeks at Santa Claus. Microsoft is also making its small contribution with a nice collection of titles for Xbox Game Pass subscribers, even if they will not end up under the tree – dematerialization requires. A great opportunity to enjoy some great games without breaking the bank. Here is the full list:

Great titles to enjoy the holidays

It’s a good vintage that the Game Pass teams offer us to end 2021 in style. JRPG enthusiasts can have a blast on Final Fantasy XIII-2, while the less scrupulous will be able to let the fighter who is in them express himself with Mortal Kombat 11. On the side of adventure games we note the arrival of The Gunk from the day of its release, which should thrill fans of exploration and gripping storytelling.

For those looking for a more peaceful experience, the independent gem Stardew Valley will be there during these holidays. A good opportunity to add a title as addictive as it is zen and poetic to your video game hunting board. And if even the ConcernedApe nugget doesn’t calm you down enough, and your beloved lawn has disappeared under a thin layer of snow, you can always fall back on Lawn Mowing Simulator.

On the other side of the spectrum, shooters fans will be able to fall back on the most anticipated representative of the genre, namely Halo : Infinite. This will be available on GamePass from the day the full version is released, on December 8th. Hope he will come save the honor of AAA FPS, whose 2021 vintage has been particularly disappointing so far.

The (older) children will also have something to have fun with the titles Ben 10: The Hunt for Powers and Paw Patrol: The Super Patrol saves the Great Valley, both inspired by the eponymous cartoons.

How to get these games?

As a reminder, Xbox Game Pass is a subscription service offered by Microsoft on Xbox and PC. It is available at a price of € 9.99 per month, and provides access to a large library of games regularly updated at no additional cost. For € 12.99, Xbox Game Pass Ultimate also gives you access to the cloud, Xbox Live Gold, and the EA Play game library.

The Gunk et Among Us arrivent sur Game Pass

If there’s one thing that defines the Xbox of this generation of consoles so far, it’s Game pass. Unsurprisingly, then, Microsoft is looking to end 2021 on a high note, bringing 11 new games to its subscription service this week. Featured by the Xbox Exclusive Day One Release, dirt, this final offering of the year sees The Gunk joined by Among Us on the cloud, Mortal Kombat 11, and Broken Age – to name a few.

While Game Pass has its fair share of AAA titles, this month’s additions are mostly indie classics, from Firewatch and Lake to Broken Age. Paw Patrol and Transformers: Battlegrounds – well, we guess they can’t all be a winner, right?

The full list of new additions arriving today * i and tomorrow is as follows:

With the exception of Among Us, all of these titles are coming to Game Pass for Cloud, PC, and Xbox.

While Microsoft has kept its Game Pass subscriber numbers a closely guarded secret, there is no doubt that the service is winning the hearts (and wallets) of gamers. It’s a fact that hasn’t seemed to go unnoticed by the competition, with the rumor that Sony is working on a brand new subscription service.

Xbox Game Pass: the goal is to give players the choice

Microsoft and the numbers are two. The American firm is not really used to revealing its results and it is quite difficult to know what the objectives of the company are. Lately we learned that the number of Xbox Game Pass subscribers is exploding. However, Phil Spencer, the boss of the Gaming branch confided that for the moment, the subscription service from Microsoft is not yet the expected success. Ironically, Phil Spencer doesn’t expect all Xbox gamers to subscribe to the service and that’s not the company’s goal.

Xbox Game Pass: not a priority?

After announcing the end of the console war and his desire to focus on services, Phil Spencer clarified his point in his interview with Edge magazine. The boss at Xbox confirms that the goal now is to focus on how the industry is developing, while specifying that Game Pass and Cloud Gaming will not be Microsoft’s only goals in the future.

The thing I often get is: “everything revolves around X”, or “everything revolves around Y or Z”. And when you run a platform, it’s all about X, Y, and Z, right? It’s a collection of these things Do I want, or am I considering, everyone on Xbox to be Game Pass? I don’t want to. I want people to make their choice. Some people want to buy all the games we ship and build their own library, which is why I’m saying it’s a mix of several things. It is not a question of ousting another. Activity does not depend on a single number. Retail sales figure, console sales figure, Windows engagement, Game Pass, xCloud engagement… it’s really all of those things that come together.

Clear words from Phil Spencer which may reassure many players. Despite the abandonment of the console war to focus on services, Xbox does not intend to bet everything on Game Pass and wants above all to leave the choice to its players. Hope it lasts !