SamaGame > Breath > [HOT] : Zelda: Breath of the Wild 2 reveals itself a little more through patents 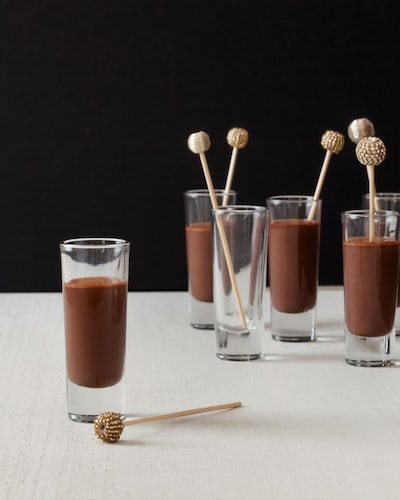 [HOT] : Zelda: Breath of the Wild 2 reveals itself a little more through patents

[HOT] : Zelda: Breath of the Wild 2 reveals itself a little more through patents

It would be a no-brainer to say that Zelda : Breath of the Wild 2 is one of the most anticipated games of the next year. However, the next big cartridge of the Nintendo Switch has been very discreet since its announcement.

A series of patents nevertheless allows us to know a little more about what the developers are up to.

Spotted by our colleagues at Gameractor, this series of official documents clarifies a little more certain elements of the gameplay shown in the two, and unique, trailers of the sequel to Breath of the Wild. However, it should be borne in mind that the ideas illustrated may never be exploited, or in some other way.

Let’s get into the heart of the subject. One of the first patents filed illustrates the ability for Link to pass through a piece of scenery above him and then stand on it. In view of the trailers, the fans thought that it was about a fast movement located only in very specific places. According to the illustrations provided, this action seems more free than imagined although it is subject to certain conditions, in particular at the level of the positioning, the distance and the targeted surface.

Time travel and use of the free fall arch

Another document specifies a little more the skill allowing to go back in time by creating a link with an object. The illustrations accompanying this patent suggest that it will be the intended object that will go back in time and in the opposite direction to the hero’s movements. This action would be limited by a gauge which will define the maximum time, or even the distance. A novelty that should be used in various and varied situations, and especially in the puzzles and riddles that will enhance the open world of BOTW 2.

The latest patent is surely the most surprising. It illustrates the free fall shown at the start of the second trailer for the game. To believe what Nintendo has in mind, Link could use his bow by adopting several postures, such as during a dive or while turning around. Example shown in the documents, the hero could put his back to the ground and shoot arrows upwards or vice versa. What to imagine aerial combat even more epic and acrobatic than before. However, we will have to wait for the next highlight of Breath of the Wild 2 to know what ideas have been implemented.

The Japanese magazine Famitsu publishes the ranking of the most anticipated video games, last week. And once again, the battle between Final Fantasy XVI and Zelda: Breath of the Wild 2, leans heavily in favor of the title of Square-Enix. One of the most popular licenses on the Archipelago. On the other hand, seeing Bayonetta 3 hold on to Link, week after week, remains surprising. Yet this is what happened again …

Zelda Breath of the Wild 2 oars behind the witch

Bayonetta 3 therefore remains the most anticipated Nintendo Switch game in Japan. In front of “house” titles (since Bayonetta is developed by PlatinumGames) as popular as Splatoon 3, Dragon Quest or even the next Pokémon game. Astonishing situation even if the Famitsu audience is likely not to represent the entire population of gamers in this part of the world.

At the foot of the podium, Splatoon 3 is gradually gaining momentum. Remember that the second installment remains one of the best-selling Switch games in Japan. It is ahead of Dragon Quest X Offline, another very popular license there, then Gran Turismo 7 on PS5. Here is the full ranking, relayed by Nintendo Everything.

The Legend of Zelda Breath of the Wild 2: game mechanics leak?

No need to recall the obvious, The Legend of Zelda Breath of the Wild (La légende de Zelda)when he came out on Nintendo Switch on 2017marked an evolution of the concept of open world map and the interaction with environmental elements. Of a real success, there could only be one sequel, which unfortunately we do not even know the title of but which we were shown a short trailer during E3 2021.

While the footage for the sequel to The Legend of Zelda Breath of the Wild was short, we got to see some amazing glimpses of the game world and the new mechanics that will be introduced. Recently, very unexpectedly, Gamereactor discovered patents filed by the Big N which would shed light on the new mechanisms we witnessed last June.

The three patents in question would detail a mechanism each, which we are also aware of since the three were present in the presentation trailer:

Basically, these three new mechanics exclusive to The Legend of Zelda Breath of the Wild 2 are nothing new compared to what we’ve already seen in the trailer. At least of that we now have a in depth that can make us think about the many innovations that we hope that Breath of the Wild will be able to offer us when it is released.

Currently, the sequel to The Legend of Zelda Breath of the Wild, as reported during E3 2021, comes with a launch window, which spans the entire year. 2022 (which will probably be published during the Christmas vacation or in the early 2023). Pending further information, we remind you that for any non-documentary update of GamesVillage We will keep you informed !

Zelda: Breath Of The Wild – Pre-orders for the Hylian Shield are live.

The Hylian shield is one of the items that adds to Link’s iconic look. It was featured in The Legend of Zelda for a very long time now, and in his latest release, Breath of the Wild, we find him as well.

If you’ve always wanted to own Link’s shield, you won’t want to miss out on the latest offering from First 4 Figures. Pre-orders are now available on the F4F website – with an introductory offer of $ 109.99 instead of the usual $ 120.99. The release date is slated for the first quarter of 2022.

Hyrule’s hero Link has tons of weapons, armor sets and shields as he explores the vast realm of Hyrule, but one of his most iconic pieces of gear of all. The Legend of Zelda ™ series is the Hylian Shield. The blue front with silver trims, the Triforce symbol and the Hyrule crest are staples in its classic design, and this particular statue was inspired by the design of The Legend of Zelda ™: Breath of the Wild.

As for the pedestal on which it is mounted, the Hylian Shield attaches magnetically to the accompanying display stand, simple in design but which perfectly accentuates the shield itself. The exclusive edition of this statue comes with glowing LED functionality under the gold rivets on the stand, making the shield look even more majestic!

With the exclusive edition you also receive the superb Premium Deluxe box of First 4 Figures, which perfectly complements its contents and can be used as a display!