How Costly are Different Types of Internet Connections 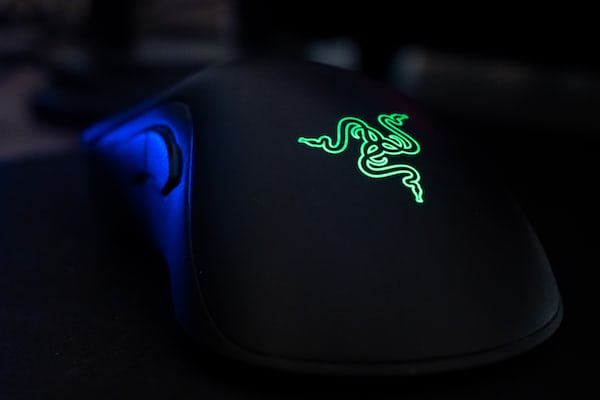 How Costly are Different Types of Internet Connections

The United States has some of the very best internet service providers around, with high-speed internet facilities, huge data caps, and great contract terms being available at every corner. However, customer service departments like the 24/7 Spectrum Customer Service have been stealing the show in recent times due to their excellent services. Report Spectrum outages, get up-to-date information, and much more via the 24/7 available Spectrum Customer Service.

Read on to figure out how costly different types of internet connections can be.

How Costly Is DSL Internet Service per Month?

On average a DSL internet connection would cost about $42.66 per month. Yea, we know. That is quite light on the pocket in comparison to the other options that we have like Fiber Optics and such.

However, speeds that average below the 25 Mbps mark leave little ambitions of functionality. What can you do with that speed? You won’t be able to enjoy your high-speed online gaming, you won’t be able to download and upload heavy-duty files on and from your devices and you definitely won’t be able to have a relaxed streaming experience in 4K or HD quality. Not to mention that if you have multiple devices connected to the same internet source then you’re like to suffer from a lot of lag and buffer.

Point to be noted: Don’t get your hopes up by looking at 1,000 Mbps, 100 Mbps and 940 Mbps download speeds of Windstream, AT&T, and CenturyLink ISP’s. They’re ranges that the service provider can potentially provide and are only available in the fiber optics plans which are talked about further below.

How Costly Is Cable Internet Service per Month?

More expensive the DSL internet indeed but come on, the difference in internet speed is no joke here. For just $58.49 per month, on average, cable internet provides a way better experience and a lot more reliability.

Majority of the plans mentioned in the table above lie in the %55.00 – $65.00 a month cost except for none other than Cox and Spectrum Internet. Why is that? What makes it better than other internet service providers like Optimum internet? Lastly, why haven’t we talked about Xfinity and its 2,000 Mbps package?

Well, to keep things short, Cox Internet and Spectrum internet service top our list for the simplest of reasons. The 940 Mbps packages and their customer service centers, which haven’t always been the best but have shown signs of great improvement this year. Another factor is that these service providers have very high stability and reliability rates. Lastly, Xfinity offers a 2,000 Mbps plan, let’s just say we’ll talk about it when we find people that need that much excessive power in their households.

How Costly Is Fiber Internet Service per Month?

Last year, Fiber Internet would cost about $78.00 a month however in 2020 the average monthly cost has gone down significantly to $55.83. That’s quite amazing and we surely hope that it stays that way. If you were once locked out from the blessing that is fiber optic, well now is your chance. Go and avail it.

We’re urging you to take advantage of the low price ASAP since we know that just the installation alone of fiber optic material lays a hefty cost on to the service provider, which means that once the economic situation that is currently prevalent in the country is fixed, prices may go up as companies will surely sense that spending power of the consumers are rising especially when the Covid-19 vaccines take over, hopefully. We’re tired of work from home too you know.

How Costly Is Satellite Internet Service per Month?

At an average monthly cost of a whopping $91.25 a month, Satellite internet pushes us to ask the following question. Why?

It’s a simple question, why would someone pay for an internet service that is nowhere near the speed, reliability, and stability of what fiber optic has, and that too when it’s more expensive in comparison.

The correct answer is that Satellite internet is mainly consumed by individuals who live in areas that aren’t developed at all. Let’s categorize them as rural areas for simplicity. In rural areas where there is no access to cable or DSL lines, what other options do you have other than satellite internet?

How Costly Is Gigabit Internet Service per Month?

The average monthly bill for a Gigabit connection is, wait for it…, still less than that of a satellite connection but I guess there is nothing that can be done concerning that.

Bringing this back on track, the average monthly bill for a Gigabit connection is around $79.49. This means that across the board there is a decrease in costs for the internet consumer as, in comparison to last year, the last year monthly average price for a Gigabit connection was about $100.00. I’m not sure about what is the exact reason for this fall but whatever it is, sure is good for us gamers and live network streaming folk.

Now, since the offer prices are quite reasonable according to the product that is on offer, we suggest that if you can, take advantage of this opportunity right away. Our top picks for the best ISP’s in terms of speedy delivery, reliability, stability, and customer service are AT&T Fiber, Spectrum Internet, and Xfinity.