How Final Fantasy XIV: A Realm Reborn Rises from the Ashes 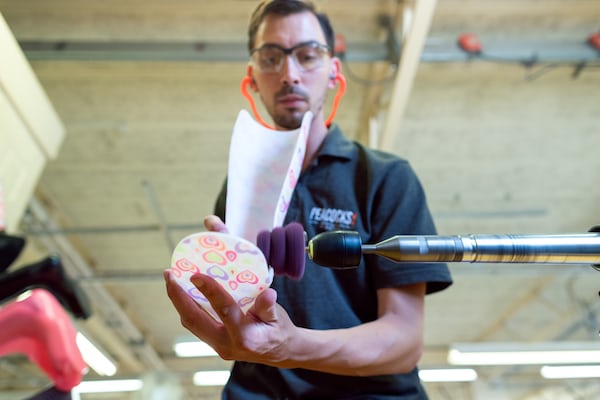 How Final Fantasy XIV: A Realm Reborn Rises from the Ashes

Final Fantasy XIV is back with a vengeance. Marcel gets his Chocobo from the stable and he goes back into the wide world of Eorzea. It’s high time for a history lesson and a first impression of it Final Fantasy XIV: A Realm Reborn.


Final Fantasy XI is the best-selling installment of the Japanese role-playing game series. Square Enix wants to repeat the success formula and makes another MMO that is doused in the Final Fantasy sauce. Final Fantasy XIV 1.0 launched for the first time in 2010, but the game is counting on a lot of criticism.


The game is too cluttered, the quests are too repetitive and there are also technical flaws that make the game almost unplayable. Players get lost in the much too large game world – many areas of which are literally copied and pasted – and drop out en masse. Square Enix does not give up and decides to work on a ‘sequel’. Eorzea comes to a spectacular end and a new era dawns.


With a history like number XIV, it is difficult to repair the damage. It is therefore quite a job for Square Enix to clean up the waste. Any other company would likely have gone bankrupt. The Japanese do something unexpected. Naoki Yoshida is appointed director to turn the failure into a successful second attempt. Yoshida is a passionate MMO player and is determined to not release A Realm Reborn until the game is really finished. “We won’t make the same mistake as Final Fantasy XIV again. If we do, the company will go under,” said Yoshida. This has been a wise decision for A Realm Reborn. Welcome, Final Fantasy XIV: A Realm Reborn. You have risen from the ashes like a phoenix.


Yoshida’s approach is paying off. Final Fantasy XIV: A Realm Reborn is at first glance a lot better designed than its predecessor. The MMO veteran has few problems for the first few hours. From the moment you take control of your character, a number of tutorial quests follow. As a result, the game is immediately more streamlined and clearer than before. This is useful for the experienced players, but especially the new MMO players will benefit from this.


At the start, you are mainly a pack mule who has just registered with the Adventurers’ Guild. Much more than running back and forth through the city is not on your list, but soon you can take on challenging and more interesting quests. It is annoying that you have to go through this entire process again when you create a new character. However, compared to Final Fantasy XIV 1.0, it’s a breath of fresh air. A Realm Reborn has become much more accessible for people unfamiliar with the genre.


On paper, every player has to be unique and for now Final Fantasy XIV: A Realm Reborn seems to succeed. Just like its predecessor, you can choose from eight different classes and five different races. A smart addition to A Realm Reborn is that your choice is not permanently fixed. Switching a class is as simple as switching a weapon. This system makes it possible to devise and use various combinations. If you are a magical Thaumaturge and you want to combine this with the attacks of a Gladiator, then that is simply possible.


Over time you will progress to an advanced class, such as the Black Mage, Dragoon, Monk or Summoner. A Realm Reborn sets itself apart from its competitors and is therefore especially refreshing for gamers who are already familiar with World of Warcraft, Star Wars: The Old Republic of Guild Wars 2.


Once you know the city as well as you know the inside of your pocket, you will be asked if you want to kill X number of monsters outside the city. Not surprisingly: it is a shame that Square Enix has not found a way to make the standard quests more interesting, since ArenaNet has given it a try with Guild Wars 2. You can complete an assignment in several ways, making you feel a little more involved.


The standard quests are supplemented with so-called FATEs. These are events that appear at random times in the game world, just like in Guild Wars 2. In itself there is nothing new under the sun, but it still gives a good feeling to shoot a suddenly emerged, enormous Ochu with a large group of players and hear the famous Victory Fanfare. It is pure fan service towards the Final Fantasy enthusiast.


In addition, the Guildleves make their return in A Realm Reborn. The Guildleves are short inventive single player missions that provide memorable moments from an early age. For example, you accept a Guildleve in which you have to unmask entities in twenty minutes by touching them with a finger of a Fire Bomb. Time constraints and the presence of other players make this a difficult task, putting your skills to the test.


These quests are not only fun to do, but they also provide a good rush of adrenaline every time. In FFXIV 1.0, the Guildleves mainly caused a headache, as these quests run out after some time and the player could not continue playing. In A Realm Reborn, however, they are optional and are therefore a convenient and pleasant way to get extra experience as a player.


The game also features a ‘Battle Theme’ that makes every fight feel like a real Final Fantasy fight. Where in Guild Wars 2 the music is subtly present, in Final Fantasy XIV: A Realm Reborn you can hear music with every action. In combination with the environments, the graphic style and the creatures, such as Chocobos, Moogles and Cactuars, it almost feels like you are playing a single player Final Fantasy. The Final Fantasy enthusiast will feel right at home in the world of Eorzea because of the various references. The composers have done a sublime job with the soundtrack and the environments connect seamlessly with the Final Fantasy universe.


A Realm Reborn feels like quite an improvement over Final Fantasy XIV 1.0 at this early stage. After three years, Final Fantasy XIV seems to be a potential competitor to other MMORPGs. In any case, the first hours feel good, because in beautiful Eorzea there is plenty to do and it is all more user-friendly than ever.


Keep an eye on SamaGame Benelux for further impressions. Part two of this article series covers the content for higher levels, including the huge dungeons that can only be tackled in a group.