SamaGame > Android > How to buy an application in the Android Market 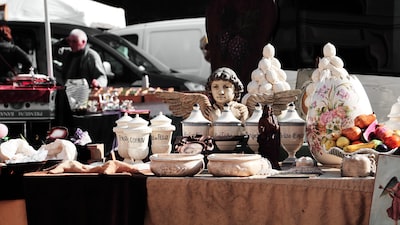 How to buy an application in the Android Market

How to buy an application in the Android Market

One of the doubts that makes us think more about whether to go from a traditional mobile to a smartphone is whether managing our applications will be as simple as they really say. Taking a step further, we wonder what the applications of the new platform we are moving to will be like and How will the purchase of them be?. In this third part of the special of the first steps with Android I am going to give you a tour of the make an app purchase in the Market, step by step.

The application to buy is Sleep as an Droid and I already told you about it before. Google and more specifically the Market of its mobile operating system have been heavily criticized for not letting other companies charge for the applications, and is only allowed with Google checkout. Now we will see that at least for the user, the purchase of an application is done very easily.

If it is the first time that you make an online purchase or it is the first time that you buy an application in the Market (as was my case), don’t be scared by anything since thousands of people do this process every day and there is no record of any type of theft of confidential data, in addition, as we already know, Google usually does things quite well and they are not going to let them spoil it so easily.

Of course, our first move in this tutorial will be look for the application we want in the Market, so we go to the search and write the name of the application to buy. By clicking on it the file of said application, with a description, recent changes, comments and ratings from users who already have it and a list of similar applications. Surely you are thinking that your Market is not the same as the one you see in the captures, it is totally normal since my device is already something old and you don’t have the new version of it, the process is the same anyway.

When clicking on the buy button, a form will appear in which we will have to enter the credit card details. It will only request it once, that is, if one day we buy another application, the Market will take the data already used in your first purchase, in any case more than one card can be added, so no problem.

Android Market, and more specifically Google Checkout, are compatible with four types of cards Among which are Visa and Mastercard, thus making the compatibility very wide for many users. It will then ask us to accept the Conditions of service in a summary screen that will be the prelude to the final purchase.

Checking that everything is alright

Once the application is purchased, the download will be done as normal, as with the rest of free applications. Both in the Market of our mobile phone and in the web version, it will appear as Purchased, being able to install it as many times as we want, as long as we are identified on the device used with the same Google account with which we made the purchase.

Keep in mind that the application testing time, to return it and have the money reimbursed, was reduced to 15 minutes, so hurry up to try it so you don’t regret it. The charge will be made to our account with the name of Google followed by the developer of the application and an email will also be sent to us with the details of the transaction.

At this point we will be the owners of that application and its subsequent updates unlimited in time. I hope I have shed some light on this aspect that more than one of them was sure to be suspicious of carrying out and I encourage you to stay with us to see how well this special is going to be that we are doing with so much effort and dedication.