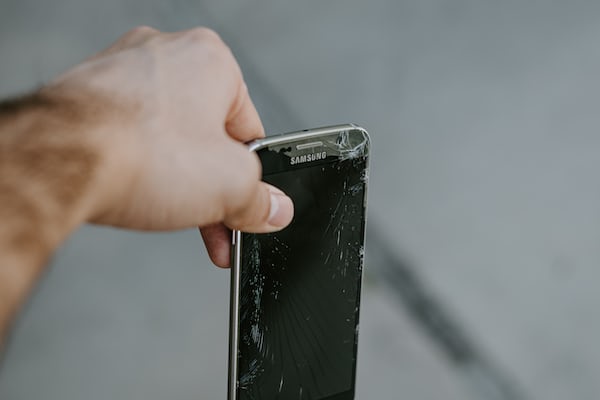 This article was originally published in August 2014, but a year later, the recommendations in it still represent the cheapest and most efficient way to expand your PS4 drive to 2TB. However, the process of upgrading is less straightforward than it was previously as Seagate has released an updated 2015 model of our reference drive. Both models (2014 and this year) are still available at the time of writing, and we recommend purchasing the older model. The actual drive is in fact exactly the same but the old version is slightly cheaper and the USB bay is much, much easier to open. The new version of our article therefore includes some changes to better adapt to the characteristics of the new drive, as well as a new gallery and a video that shows the entire upgrade process.

In our PS4 hard drive upgrade guide we found that using an SSD ensures the best experience when it comes to reducing load times, faster texture streaming and general console operations. However, these improvements are not found in all titles, and in the end we concluded that the Hitachi Z7K1000 (a classic 1TB 7200 rpm mechanical hard drive) offers the best price / performance ratio, as well as a significant increase in storage capacity. compared to the stock PS4 drive. The drive currently costs around £ 50, a good price for a 7200rpm drive.

However, doubling this capacity further for a small additional fee is a clearly tempting prospect. The fact that the drive itself is enclosed in a bay shouldn’t put you off. The frame can be easily disassembled using a screwdriver or a small knife on the side rubber pads, and then separating the two parts of the shell. This should be done slowly to avoid damage to the drive but it is quite simple and does not take much time.

Once the drive is removed from the plastic housing, simply remove the SATA to USB adapter and then the rubber grommets and screws on the sides so that the drive can fit into the PS4 hard drive sled in the console.

Inside the shell, both in the 2014 and in the 2015 model, we find a Samsung / Seagate Momentus Spintpoint ST2000LM003 at 5400rpm and with 32MB of cache. The drive costs around £ 85 when bought as an internal 2.5 ?? notebook drive, but £ 25 cheaper in the Seagate Expansion portable incarnation. It’s bizarre how bayless laptop drives often cost a lot more than the same versions that come in a shell. Importantly, the housing can be reused to house the PS4’s internal drive after its removal from the console, resulting in a 500GB external drive that after formatting works perfectly on PC, Mac and Xbox One.

The ST2000LM003 is also very useful as a 2.5 ?? 9.5mm. Even if 12mm drives physically fit into the PS4, the small remaining space could transmit noise, vibration and heat along the chassis, so it’s best to stick to the recommended 9.5mm and 7mm standards. You could try to extract a 2TB drive from another bay, but run the risk of finding yourself with a thicker and less useful drive, or with a drive that is virtually impossible to reach without sawing the shell: the Toshiba drive we used in our guide. Xbox One upgrade proved resistant to flathead hunters, knives and other tools.

Before getting into the PS4 testing we ran drive benchmarks using CrystalDiskMark and HD Tune on our PC to get some raw performance data. We chose a SATA-2 connection to reproduce the hardware inside the PS4 as closely as possible (there’s really no need for a SATA-3 on console). In this case we were particularly interested in whether the higher platter density of this 2TB drive could make up for the lower rotational speed compared to the 7200rpm drive.

The initial results are promising and represent an improvement over the stock PS4 drive. The ST2000LM003 reads data at speeds approaching those of the Hitachi Z7K1000 and also boasts shorter access times when searching for different files. Write speeds are slower than those of the Hitachi but the ST2000LM003 still outperforms the stock PS4 unit in all tests, which should result in shorter load times and better texture streaming during gameplay.

The higher speeds found in the benchmarks actually translate into a shortening of the loading times of some titles, although the highly variable results indicate that some games benefit more from faster drives than others. In this case, boot and load times are really shorter with the Seagate Expansion drive in Thief and Trials Fusion, with performance similar to that of the Hitachi Z7K1000 and hybrid SSHD.

The results with Call of Duty: Ghosts and Metal Gear Solid 5: Ground Zeros vary: sometimes the ST2000LM003 offers shorter load times compared to the stock drive, other times there are no improvements whatsoever. Curiously, Need for Speed: Rivals loading times are longer with the ST2000LM003 than with other drives, and we’re not sure why – we ran all the updates and installs before we started testing the game.

In other cases the console boot time remains the same as the stock hard drive and the 7200rpm Hitachi, while disc installations are determined by the efficiency of the Blu-ray drive. Installations of downloaded games benefit from the Seagate’s higher platter density compared to the factory 5400rpm unit. Although the 2TB drive spins platters at much slower speeds, the physical size of the drive is larger and more data is read with each spin.

As expected we did not see any improvements in frame-rate and frame-time when upgrading to a faster drive or SSD during the original testing, although there are benefits to element streaming in the case of some games, resulting in a reduction or elimination of low resolution artwork. Trials Fusion suffers from texture streaming issues more markedly on PS4 than on Xbox One, with transitions between mip-maps (textures of different detail) much more frequent when using the stock hard drive, which makes the game ideal for testing.

SSD greatly improves loading of higher quality items into RAM before these items are rendered to screen. While the increase is not quite as marked with the Hitachi 7200rpm drive and SSHD, these two drives bring a reduction in the time that low-resolution objects remain on-screen during transitions between different levels of detail.

How does the 2TB ST2000LM003 perform in comparison? Bearing in mind that platter rotation is significantly slower than that of the Hitachi at 7200rpm, the results are truly impressive and the higher data density on the disc pays off. In a game session we have seen the higher quality elements always appear much faster than what happens with the stock drive. In general, the 2TB 5400rpm drive cannot compete with an SSD but it competes very well with the 7200rpm and hybrid hard drives, to the point that we had to examine the sequences frame by frame to detect the differences.

It’s generally difficult to recommend PS4 hard drive upgrade based on performance when margins on non-SSD drives are low enough and Seagate Expansion’s per GB price is light years ahead of solid state drive. . Indeed, as only a few titles are affected by drive performance, we would have already been happy to detect speeds equivalent to the stock unit but the ST2000LM003 appears to be the best standard unit, a nice bonus for an already affordable purchase.

And what about the drawbacks? Well, it goes without saying that using a screwdriver or other tool to disassemble the drive will void the warranty, leaving the user without support in case the hard drive fails. It should also be noted that the 2015 model of the Seagate drive we examined (STEA2000400) is much more difficult to open than the previous year. In case you intend to go this route, you should thoroughly test the drive in a PC or Mac before disassembling it and mounting it on your PlayStation 4. The operation, however, is certainly advantageous: this is the most affordable 2TB drive that we found and a bonus housing for the old unit is the icing on the cake.