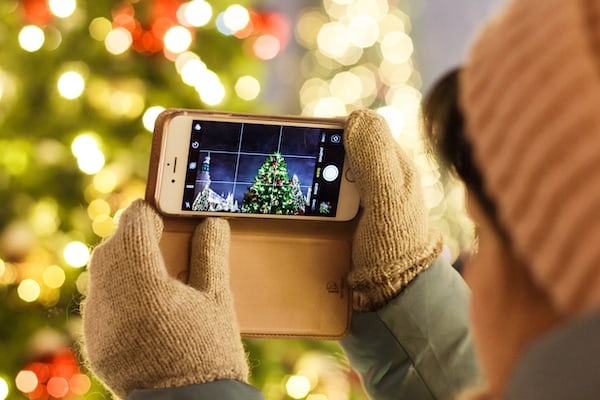 Huawei is still in trouble since the US government banned the brand from using Google services on their devices, due to apparently proven suspicions of espionage. The Chinese manufacturer is losing momentum but still continues to launch new products.

Yesterday was a Huawei conference, the “Summer 2022 Smart Office Launch”, presented by CEO Richard Yu. In the preamble, the latter evokes the difficulties encountered in recent years, but maintains that he wants to continue as if nothing had happened, in particular in revising the brand image towards a classy and luxurious side. A little strange to explain it on the stage of a conference but why not.

But the brand that is already positioned in this area is of course Apple. And whether we like the American firm or not, the teams in charge of image, communication and marketing are doing an incredible job to really create enthusiasm around the brand and create a gap between Apple and the “others”.

Maybe the names of computers, tablet and earphones mean something to you. this is normal, because it is the same thing with the terminologies of Apple products. To have a high-end brand image, you need simple names. Huawei could therefore not do like many competitors in tech and take long names that are impossible to remember with numbers and letters that seem random.

We could also mention the design, particularly that of the FreeBuds Pro 2, which is strongly inspired by what is found in the AirPods Pro.

An air of deja vu at the Huawei conference

Surely you know, Apple is known for their bombastic and carefully crafted lectures (often called keynotes). These are real events for tech lovers and they are followed diligently each year, particularly that of the presentation of the iPhone.

A lot of competing brands have taken up this approach, particularly since the democratization of live broadcasts on the Internet. And still today, Apple events are the neatest and have a great handle on pacing, camera shots, and sets. Precisely, it is this last point that caught our attention during the Huawei conference.

As you can see in these pictures, even the background used by Huawei is a pale copy of what Apple does. Even if this does not reflect the quality of the products, it remains proof that Huawei scrutinizes every move of Tim Cook’s company to put the odds on their side.

On the occasion of its Summer 2022 Smart Office Launch, the Chinese firm presented its new HarmonyOS 3.0 operating system and announced a new touchpad, the MatePad Pro 11. It complements the MatePad 11 and MatePad Pro launched in June last.

Halfway between these two flagship models, the MatePad Pro 11 combines power and mobility. Fine, it measures only 5.9 mm thick, for a weight of 449 grams.

The MatePad Pro 11 is equipped with an 11-inch 120 Hz OLED screen with a definition of 2560 x 1600 pixels and a display in 16:10 format. The screen has obtained the new Full Care Display 3.0 certification from TÜV Rheinland, a guarantee of eye comfort during prolonged use.

As a bonus, Huawei advertises minimal flicker thanks to 1440 Hz high-frequency PWM dimming. Finally, this 10-bit panel brings 1,000,000:1 contrast and a maximum brightness of 600 nits.

Note that thanks to HarmonyOS 3.0, the tablet benefits from new features related to multitasking in particular. It allows this title to stack groups of widgets so as not to clutter the home screen. In addition, it is possible to join the windows of two applications and also have two floating bubbles.

For this new Pro tablet, two options are offered by Huawei. The first includes a Qualcomm Snapdragon 888 chip and the second a slightly less powerful alternative, the Snapdragon 870. Both are supported by 8 to 12 GB of RAM and offer 128, 256 or 512 GB of storage.

The main difference between these two configurations lies in the battery charging power, 66 W with the Snapdragon 888 and 40 W for the Snapdragon 870. In all cases, the accumulator is 8300 mAh, a source of approximately 11.5 hours of video playback time according to Huawei.

Connectivity is complete with optional 4G, and natively on all versions Wi-Fi 6, as well as Bluetooth 5.2.

The MatePad Pro 11 is equipped with a dual rear sensor, including a 13MP main and an 8MP ultra-wide angle. On the front, the front camera peaks at 16 MP and should therefore allow for quality video calls.

On the sound side, it still has 6 speakers including 2 tweeters and 4 woofers. Huawei also says that the slate supports AAC and LDAC audio codecs.

For the controls, Huawei makes the same stem pinch choice as Oppo‘s Enco X2 and Apple’s AirPods Pro. This avoids accidentally touching a touch surface, but the area should not be pinched when removing the earphones from the ears. Volume control is done by swiping your finger up or down, but it’s only done on a specific part of the stem, so there’s a little learning curve before you get the hang of it.

Compared to the first generation, Huawei goes from one to two transducers to improve the sound. And the manufacturer goes even further by entrusting the calibration of the headphones to a French company specializing in high-end audio equipment: Devialet.

On paper, all the planets are aligned to provide optimal sound reproduction. Is this the case in reality? The answer is yes.

When listening, the sound is perfectly balanced, with warmth and dynamics. We used the default settings (Devialet), which are excellent. But we found that by boosting the treble a bit in the app, you gain some brilliance. And if you want even more precision and your smartphone is compatible, you can activate the high definition audio codec L2HC (Huawei proprietary) or LDAC, more widespread. With the latter, the sound is slightly better, but the difference in quality is not very large compared to the AAC codec.

Now let’s move on to active noise reduction (ANC). We tested it in the metro and in the TGV. It proves to be very effective against urban noise, but also against voices which are strongly diminished. On this test, the FreeBuds Pro 2 are very close to the QuietComfort Earbuds, from Bose. But to benefit from this efficiency, we had to activate the most powerful mode of the ANC (Ultra). The application also has General and Cozy modes (low noise places), as well as a Dynamic mode which adjusts the power according to the ambient noise. It comes in handy if you want to save battery, without having to change the noise canceling level in the app all the time.

The FreeBuds Pro 2 are running out of breath

Huawei headphones are a concentrate of technologies (double transducers, more efficient ANC), which are unfortunately very energy-intensive. In addition, the manufacturer made a mistake by not increasing the battery capacity compared to the first generation. As a result, the FreeBuds Pro 2 lack stamina. We measured an autonomy of only 3 h 10 with active noise reduction, a value just sufficient for a Paris/Grenoble journey by TGV. Without the ANC, the autonomy barely goes above five hours (5:06). In comparison, Oppo’s Enco X2s score 5h 49min and 9h 28min respectively. Note that we used the most powerful mode of noise reduction (Ultra for the train and the plane) for our measurement. We also did a test with the General mode and the autonomy increases to 3 h 31 min, which is still insufficient. In Cozy mode, the autonomy rises to 3 h 49 min, which is close to the value announced by the manufacturer. But, in this case, the ANC is not strong enough.

Fortunately, the compact storage case provides between 4 and 5 additional charges. It has two status LEDs, for example to indicate the battery level. The first is placed at the bottom, near the USB Type-C port, which makes it inconspicuous. The second is located inside and is used when opening. For wireless enthusiasts, the charging case is compatible with the Qi standard.