SamaGame > Among > Hyenas talk about video games, smartphones and addiction among the youngest: chronicle of an announced disaster? 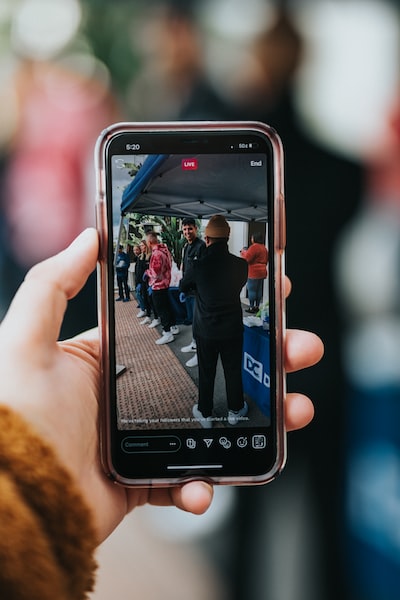 Hyenas talk about video games, smartphones and addiction among the youngest: chronicle of an announced disaster?

Hyenas talk about video games, smartphones and addiction among the youngest: chronicle of an announced disaster?

“Video games, smartphones and tablets: are they really bad for children? Many are distrustful of seeing a child holding video games, smartphones or tablets. But is it really dangerous for the little ones? Matteo Viviani tries to bring order between addiction, hyper connection and parents who should play videogames with their children “.

With this description during the episode of Hyenas last night a report by Matteo Viviani which, as often happens, sets some alarm bells off both among professionals and enthusiasts. The risk of clichés, witch hunts and blunders on the other hand is just around the corner but the service in question is all to be thrown away or can it largely say something important to those who know little about video games? Is it the classic demonization of the medium or is it something more?

The service opens with a reflection that starts with the behavior of a one-year-old girl, much more at ease with a tablet than with a paper magazine. A reasoning on the digital nativity and on how younger people are much more at ease with a digital screen rather than with different objects. All accompanied by the words of Viviani who declares: “we decided to take a look at this world a little more closely and what we understood, honestly, surprised us”.

The Hyena spoke among others also with Jordan Shapiro, presented as one of the leading experts in digital skills in childhood. Shapiro understandably states: “Parents need to stop seeing video games and smartphones as something dangerous. Maybe in the future we will play video games with their children before going to bed. Video games are absolutely rhetorical, they are persuasive, they provoke emotions, they give us information.

“I think we have to recognize that video games could become, if they aren’t already, the new bedtime stories, the new mythology.”.

Shapiro doesn’t care about video games and doesn’t care about social media. His children have been playing from the age of about 4 with 1 or 2 hours of play per day during the week and peaks of 7 hours on weekends. Even on social media the emphasis is clear: we must not speak of absolute freedom, however, but there is nothing dangerous in and of itself.

“When we take a child to the playground if he hits another child we tell him not to. Sometimes it takes years to teach the right behavior and for some reason it is thought that in the digital world it is different but it is the same. drug, it is not toxic! ”

Viviani then brings up a classic: “many studies” would link the excessive use of video games and the internet with anxiety, depression and being overweight.

Shapiro’s answer is very simple: “There are also studies showing that depressed kids join online communities and this can be a great benefit. There are studies both ways.”

At this point the interlocutor of the service changes with the statements of the psychologist G. Guadagnini. The doctor points out that video games can be a kind of means to escape from problems such as school, parents and in general to isolate oneself from reality. There would therefore be a risk that video games alienate the youngest from the real world through the creation of completely virtual mental environments. These statements are the perfect opportunity to introduce guidelines dictated by the American Academy of Pediatrics. There is talk of no virtual game or “screen” for children under the age of 1 and a half, then moving on to one hour a day for children between 2 and 5 years old. As can be easily understood, these are limits that are almost never respected.

Continuing her speech, Dr. Guadagnini makes a connection that frankly we would like not to see anymore, especially if done with such lightness by a scholar: this total immersion would risk leading to violent behavior because the games that are the most popular would be precisely violent ones. The studies that underline that this correlation does not exist on balance are a flood but apparently they are not enough.

In this step could not miss Fortnite, “a game in which the death of the opponent is celebrated by dancing the Floss Dance”. Well yes, the emotes are there and yes, the characters controlled by other players are actually eliminated but can we really talk about Fortnite as a violent game? In conclusion. Fortnite is defined as a controversial video game because it is considered violent and because it is able to create a strong independence. In this sense, the class action brought against Epic Games by a Canadian law firm about a month ago is cited. According to the lawsuit, Epic would be guilty of having effectively destroyed young lives.

Obviously, anonymous testimonies cannot be missing. It starts with a mother of an 8-year-old child who accuses Fortnite of having changed her son by making him in all respects addicted to the game itself. The concern was that the son might become some kind of “game toxic”. Viviani stresses that addiction phenomena exist, also citing the decision by the WHO to include Gaming Disorder among the official diseases. Then the second anonymous testimony, this time of a boy defined as addicted to video games, in this case especially Call of Duty.

The personal details about the boy’s life and problems are not lacking and it doesn’t take long to understand how the video game was not the problem in itself but “only” the solution to much deeper complicated situations. The fact is that from 13 to 16 years this boy had come to spend 14 hours on video games with peaks of 24 hours. This “ex-video game junkie” then fell in love and ended up being persuaded to visit a psychiatrist, Dr. F. Tonioni, which deals with pathological addictions and adolescents.

Tonioni explains how he himself never talks about video games in and of themselves or about eliminating them from patients’ lives. “We talk about emotions, the ability to fall in love, the fear of falling in love. If one does not put one’s hands in the anguish underlying these addictions, time is wasted”. In other words, Tonioni highlights how the medium does not have a real fault and that behind excessive attitudes and exaggerated use there is much more.

“Most of them are boys. A boy has to feel really bad to end up here,” Tonioni explains. “He stops going to school, leaving the house, having live contacts, he doesn’t play sports. He just plays all the time available, even 20 hours a day. It is the equivalent of anorexia in females. They are two ways of disappearing. “. The psychiatrist, however, underlines how important it is to clearly distinguish between addiction and hyper connection, two very different things given that in these times the periods of abuse of certain media or in any case an inordinate passion for digital cannot certainly be considered pathologies.

“The limits must be put, without dramatizing and bearing in mind that problems arise when the presence of parents is replaced by the tablet, because the tablet, like smartphones, are terrific babysitters. the child has fun and having fun with a parent cannot hurt by definition. The important thing for children is not to play alone “.

Viviani, with a tone that seems almost amazed, then begins to list various positive effects of video games highlighted by numerous studies: improving attention, concentration, the ability to solve problems and make decisions and underlines the need not to exaggerate also thanks to words of the pro player Nicolò Insa Mirra, who also tells some background of what it actually means to be a professional player in the eSports scene.

The closing of the service is certainly interesting: “What we understood by taking a closer look at this world is that perhaps, as always, it is the measure that makes the difference. It is not the videogame itself or how this (the smartphone) that must scare us “. With Shapiro stressing: “We need to recognize that this technology is here to stay, that it is part of our life, and we need to think about how to guide our children by integrating it in a healthy way.”

Some clichés and some simplifications are certainly not lacking but to be a service broadcast by a program in many cases vulgar, on a Mediaset network, it could have been much worse, don’t you think?