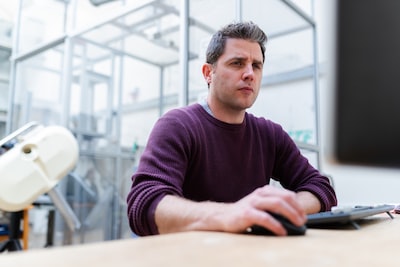 The Oculus Rift S virtual reality headset is the best option of the moment to play and experience VR with your gaming PC.

Virtual reality has been around for a long time and currently one of the best ways to enjoy it is with viewers connected to our computer. The graphic quality generated from our graphics card cannot be compared to that mounted on the independent viewers.

If you want to enjoy virtual reality now you can get some Oculus Rift S thanks to this offer available on Amazon. The official price is 449 euros, but now you have them at 349.99 euros.

This 99 euro discount is perfect if you were looking for a way to save on a virtual reality headset like this one from Oculus, which includes the viewer, two wireless controllers with batteries and the necessary cables to function (USB and HDMI 2.1)

Oculis Rift S improved the quality of the screens and lenses. It also has a series of sensors and cameras to detect your room. With these sensors it can detect what is around you and calibrate itself against space and detect when you move, bend over or look without installing external sensors.

You don’t need to have a high-performance gaming PC to run these Oculus Rift S. These are the minimum features your PC needs.

You have a game store available with Oculus, you can also use Steam VR to buy games and have fun in all dimensions.

Get this virtual reality viewer for only 349.99 euros at Amazon. Almost 100 euros discount with this offer that also has totally free shipping.

If you want to receive it with fast shipping, then you can sign up for Amazon Prime and try it without any commitment for 30 days.