In China, Apple will offer discounts on recent iPhones and several accessories 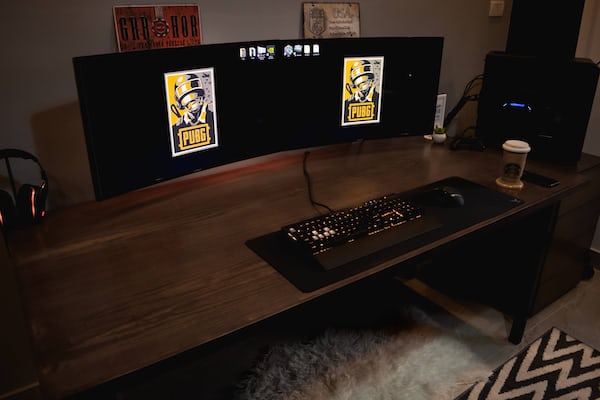 In China, Apple will offer discounts on recent iPhones and several accessories

In France, promotions on the Apple Store are rare: the company almost never offers them with the exception of the traditional Back to School offer for students. Chinese customers are more fortunate, the manufacturer having just announced a period of promotions of four days at the end of the month. This will concern the iPhone 13, iPhone 12 and iPhone SE in all sizes. Other accessories such as AirPods 3 or Pro as well as the Apple Watch SE are also included in the offer.

Chinese customers will be able to save 150 RMB (≈ €22) on AirPods 3 and up to 600 RMB (≈ €87) on iPhone 13 Pro Max or iPhone 13 Pro. The offer requires using certain local payment methods such as Alipay or Hanbao. It is limited to 2 items per person per product category, knowing that iPhone, Apple Watch and AirPods are three different categories. This discount period will take place from July 29 to August 1.

One of the secrets to successful iPhone sales in China is something the company doesn’t usually like to admit: the widespread availability of Apple discounts. Usually, these are only offered by third-party companies, even if the iPhone maker itself offers them the discount to pass on to customers.

But today, the company is promoting Apple discounts on a whole range of products on the company’s official website…

Duan Rui spotted the promotion on the Chinese website and said it was the first time the iPhone maker had offered discounted prices directly from the company itself.

While the discounts aren’t huge, they are likely to boost sales to a worthwhile degree. We’ve already seen the iPhone outperform its local rivals at the 6.18 festival, when discounts were available from major retailers.

China’s iPhone sales down 4% year-on-year might sound like bad news for Apple, but against the backdrop of a 25% drop in the country’s smartphone market as a whole, it’s is actually the opposite

Even as we get closer to the launch of the iPhone 14, the iPhone 13 continues to sell well.

The company ranks first in the premium market during the first quarter of 2022 and second globally in general sales.

Now, two supply chain sources have told Reuters that iPhone sales continued to do well “in July despite signs of slowing market demand for other smartphone makers”.

Part of that is because the base iPhone 14 model isn’t expected to offer many improvements over the iPhone 13.

The sales ofiPhone are doing well in China, to the point that Apple would have largely dominated the traditional trade festival in June. In order to support a still strong demand, Apple has just announced on its Chinese site that promotions will be applied to various models of iPhone, AirPods and Apple Watch from July 29 to August 1 (inclusive). Chinese customers are definitely pampered by Apple…

Are concerned by these promotional offers the iPhone 13/1″ Pro, iPhone 12/12 Pro and iPhone SE as well as the AirPods 3, AirPods Pro and Apple Watch SE. The price reductions range from 20 euros less to pay when buying an AirPods to 87 euros off the purchase of an iPhone 13 Pro and 13 Pro Max. All the same… Interested customers will only be able to buy two promotional items per product category (2 promotional iPhones and two promotional AirPods, for example). When will there be such promotions in the rest of the world?

iPhone 13 price finally drops, but only in China

Apple will reduce the price of a number of its biggest mobile products in the coming days – including the iPhone 13 series. These reductions will only be available to customers in China, however.

While we’re used to seeing discounts from third-party retailers, Apple is notorious for its reluctance to offer price cuts on its own products (outside of a recurring student discount in some markets).

Apple is holding what it calls its Summer Shopping Event, which provides the following discounts for customers who use specific payment methods, including Alipay.

In the shadow of COVID-19, many established players in China’s mobile phone market have faced challenges, including temporary shutdowns and supply chain disruptions, coupled with weaker product demand from the consumer share, rising manufacturing costs and inflation.

Apple, however, saw its market share increase in the last quarter – between April and June.

Analysis: why only China?

While it might seem unfair for Apple to hand out deals that fans outside of China can’t get, the company clearly monitors conditions in each market it sells closely and makes very different decisions, often informed by local factors.

The price of the iPhone has actually risen in Japan recently – with the value of the yen falling against the dollar to its lowest level in 24 years – while the iPhone SE (2022) has been made more expensive for consumers in the United States, compared to its 2020 predecessor, when it launched last March.

The silver lining is that in many markets, while it hasn’t made them cheaper, Apple has made it a bit more palatable to be able to afford one of the best smartphones on the market. , with options such as installment payment plans offering 0% interest.