iPhone 14, PC, tablets… why the prices of Tech products will soon increase 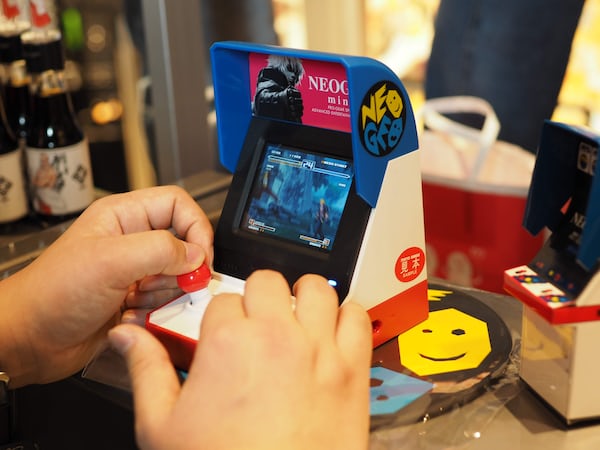 iPhone 14, PC, tablets… why the prices of Tech products will soon increase

Bad news if you were planning to buy an electronic product in the coming months. According to information from SamaGame, Samsung and TSMC, the world‘s two largest manufacturers of electronic chips, are preparing to increase the prices of their components.

In the first place, Samsung would raise prices for its semiconductors by 15 to 20% explains SamaGame. The reasons for this increase are multiple and common to other sectors. In addition to the war in Ukraine, there is a rise in the prices of raw materials and freight, the shortage of components, the confinements in China and the explosion in demand.

Samsung isn’t the only one making this adjustment. The world leader in semiconductors TSMC announced to Nikkei Asia that it would also increase the prices of its chips at the start of 2023. At the Chinese giant, it is less brutal, in the order of 5 to 8%. But it has already made a first significant increase (20%) less than a year ago.

In a semiconductor market of 580 billion dollars (figures for 2021, a record), such an increase will not be without consequences for the end customer. TSMC has already announced that it would invest 40 to 44 billion dollars to increase its rate. This investment must be recouped.

Industrialists in the sector also have no means of putting pressure on the two founders TSMC and Samsung, for good and simple reason that they have unique know-how. In the absence of competition, difficult to negotiate.

And it is not Intel, which has just changed its strategy, which will change the situation for the moment. The American still has to set up the infrastructure to produce its semiconductors. A factory is not built in a day. The process is even longer with the shortage of components needed to manufacture the machine tools.

According to SamaGame, the main market that will bear the brunt of this increase will be the automotive market. Already hard hit, the sector will still have to grit its teeth. But for how long ? If Tesla has found a solution by increasing its prices (fewer units but more expensive), the increase will have to stop before reaching the point of no return, where no one will be able to buy. Because inflation also and above all affects consumers.

The situation is also likely to become tense throughout the consumer electronics market. The processors needed to manufacture smartphones, tablets and PCs are produced by Samsung and TSMC. However, in this sector, the units are counted in the hundreds of millions. TSMC is also Apple‘s main supplier. Not sure that a 15 to 20% higher price for the release of its iPhone 14 (next October) will delight consumers. Unless manufacturers absorb the increase by cutting back on their margins. There is no age to believe in Santa Claus.

Buy a graphics card or a processor quickly, the cost of semiconductors could increase by 20%

For the past few weeks, we have been delighted to finally see the price of graphics cards starting to fall again. For its part, that of processors already made it possible to do good business. For how long ?

Indeed, our colleagues from SamaGame report that two of the main founders are in the process of increasing their prices… and not just a little. On the side of TSMC, we are indeed talking about a variable increase depending on the products, but which can reach up to +8%.

At Samsung, it’s downright grimace soup since the hallway rumors speak of increases of up to +20%. Additional costs which are partly explained by the increase in the cost of the raw materials necessary for the manufacture of the components (we are talking about +30%).

Other hypotheses are mentioned, such as the need to reduce their order flow or to make profitable the considerable investments made to increase their production capacities. All in all, an increase in fleas is to be expected anyway.

Semiconductors: A 20% increase to be expected in GPU and CPU prices?

when we thought we were off the hook about GPUs and CPUs and abusive pricing, a new one comes to obscure the horizon. It could hurt the wallet. Explanations.

Very bad news for us ordinary PC and console gamers, SamaGame, like a bird of doom, reports that two of the major foundries are about to raise their prices on semiconductors. Almost from simple to double depending on the founder in question.

Between 8 and 20% increase for semiconductors

If for its part TSMC is likely to increase the prices of semiconductors, this is an increase which obviously could reach 8%. It’s obviously a lot but it’s still playable. On the other hand, it is the cold shower for Samsung which would provide for an increase of up to 20%. Additional costs which can be partly explained by the price of raw materials which is also increasing.

Indeed, Computerbase reports that the purchase price of chipmaking materials has increased by 30%. This helps to understand the domino effect a little better. The other hypothesis is the fact of making profitable the considerable investments which could have taken place during the year 2021.