iPhone X: Apple brings back the technology that failed with Kinect on smartphones – article 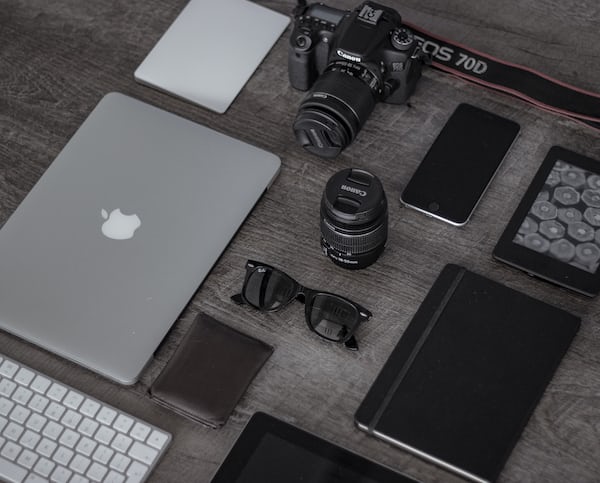 iPhone X: Apple brings back the technology that failed with Kinect on smartphones – article

Sooner or later, we knew we would come to this point. The new iPhone X Apple’s first $ 1000 / £ 1000 / € 1189 smartphone, which comes with a number of features and technologies we’ve already seen in the commercial gaming industry with varying degrees of success. The new terminal mounts a state-of-the-art HDR OLED display and offers augmented reality gaming capabilities, but the real star of the show is the Face ID front camera. Yes, incredibly the technology behind the Kinect is back, miniaturized and redirected for new purposes, but still based on the same principles.

The device mounts multiple cameras in the iPhone X’s distinctive slot that sneaks into the edge-to-edge display. This architecture includes a standard camera, an IR module, a wide-range flash, and what Apple calls a ‘dot projector’. The basic idea is the same as the Kinect: using depth sensors to make a 3D model of the user’s face, with the other cameras being used to create textures to apply to that model. Using IR means that, like the Kinect, the device can work in all light conditions.

There is also room for improvement in functionality, specifically in biometric access. Mcrosoft saw in its plans a console with a controllerless interface, and on the iPhone X this translates into the removal of the home button. Just as you are able to access your Xbox by positioning yourself in front of the camera and moving around, the iPhone X succeeds in the same feat by picking up the device and placing it in front of your face. At that point, a facial scan starts that unlocks the phone.

And herein lies the key difference. The Kinect was designed to cover the largest possible space, in fact it needed a very large room to function properly, in such a way as to take the entire human body into its field of view. The iPhone X instead maps only the face, and turns all its features towards this single part of the body, including emojis, to unlock the phone. And in common with the first time we saw this amazing technology, there are some key questions about the scale, usability and reliability of its real-world applications.

The Kinect represented a novelty that quickly went out of fashion, as the cost-effective scenarios in using the technology proved to be very small, and as an interface it turned out to be slower and less reliable than the good old button controllers. There are echoes of this in the Animoji Apple showed during the demonstration, which captures audio and facial motion data by mapping it to avatars. The whole concept of the emoji is based on a one-touch communication, completely opposite to the more cumbersome Animoji, which is proposed in all respects as an alternative to the video message, or to the enhanced voice message. The emoji is also a common standard (works on all iOS and Android devices), while the status of the Animoji is uncertain. The key question is this: will it work with Whatsapp or Facebook Messenger? At the nodal points, the parallels with the Kinect are prodigious, but to what extent can this technology be effectively integrated into daily life? How fast will it get bored?

And then there’s the question of how robust and reliable this feature is. Put a smartphone on a table, press the home button and whether you’re using a fingerprint scanner or entering a PIN, it just works. The iPhone X’s Face ID system requires the user to physically pick up the phone and look at it, adding a cumbersome step to one of the simpler operations. The chances are that if you don’t look at the phone it will switch to the PIN entry system, but this is a step back from Touch ID and we are already seeing, even in the simplest of scenarios, a loss in the value of Face ID technology. . Other limitations are also starting to emerge, and early reports indicate that only one face can be scanned.

But it is the reliability of the system that is the major concern with this system. A fundamental problem with the Kinect was that, to put it bluntly, it hardly ever worked. Apple’s demo showed an iPhone X repeatedly failing to correctly apply the most basic of Face ID features, which is to unlock the device. Fortunately, a second device was available on stage that did the job for the demonstration admirably, but all of us who lived in the Kinect era had a feeling of familiarity. Once the novelty effect waned, Microsoft’s camera had the opposite effect of the intended one, that is to make users re-evaluate the physical keys. You knew that the function would activate when you pressed the button, and you would receive feedback that reassured that the recognition was successful. To replace this process, Face ID must be foolproof, and the major concern of last night’s demonstration is that it just isn’t.

The Kinect reflexes are perfectly understandable. It is evident that integrating deep facial recognition technology into its iPhone has been a goal in Apple’s plans for years. In fact, in 2013, it acquired PrimeSense for around $ 350m, Microsoft’s original partner for the first edition of the Kinect. This was corroborated by the purchase of FaceShift in 2015, a motion capture specialist who created the foundation for tracking facial motion without the usual marker points fixed in the target face. It took four years to shrink the smartphone-sized hardware, and this is an indicator of the incredible technological milestone that represents the new panel of sensors and cameras inserted in the slot of the iPhone X. It must be said, however, that the Last night’s presentation posed the question as to whether the limits of this technology should be smoothed out or not, and it can be said that the greatest doubts remain.

In addition to the Face ID sensor, Apple’s willingness to do something more with the smartphone comes in the form of augmented reality and gaming. Once again, we’ve seen some great demos – pointing your phone at the sky and seeing constellations perfectly mapped in real time on the screen was a great idea. And there are obvious uses for this technology in vastly improving map-based functionality. The games were also demonstrated with the reveal of The Machines, an AR-based title that moves the game world into a real-world tabletop configuration.

Demonstrated on the iPhone 8, there were no particular problems with this technology working as it should, with tracking looking solid and glitch-free. But the biggest limitation is the need for a large flat surface to walk around. The verdict in this case is similar: as with Face ID, Apple imported an existing concept (in this case gaming) and added conditions on how to use it for something that previously worked well. The final result is undoubtedly interesting but the gaming applications we have seen so far are radically different from those seen on other AR systems that allow you to do almost anything anywhere.

For the rest, the design of the iPhone 8, 8 Plus and iPhone X shows that Apple has not failed to shop around. The A11 ‘Bionic’ processor fitted to all new devices finally sees Apple embrace the era of multi-core processors, with two CPU cores dedicated to performance and four additional high-efficiency cores that can work in tandem, offering enormous boost potential. in performances.

The leaked Geekbench benchmarks suggest that the iPhone X offers double the single core performance of the Samsung Galaxy S8, and a 63 percent increase in multi-core power, in addition to the benefits offered by the leaner and faster OS. Instead, the A11 graphics core, the first made in-house by Apple, is said to offer a 30 percent increase over that of the A10.

There are also big improvements on the front of the camera, with Apple revealing some revolutionary features, such as real-time changes in lighting and the ability to subtract the subject from the background (a feature that we also find in the front camera of the iPhone X). Plus, the long-awaited wireless charging feature is found on all models and that can only be a good thing. However, storage is still a problem in the era of 4K60 video recording: 64GB is no longer enough, and 256GB is essential to enjoy the phone to the fullest. Obviously, as always, the expandability of the storage is not contemplated.

Camera performance and features are nearly similar between iPhone 8, 8 Plus and iPhone X, but it’s the $ 1000 model that embodies Apple’s visionary message: an effort to break away from the cyclical updates that have made the market increasingly predictable this year. after year. The edge-to-edge screen and HDR and OLED features are a great added value, but there is a great sense of déjà vu around the Face ID system. The Kinect offered the same vision, a revolutionary new interface, but the resulting actual user experience was slower overall and lacked button infallibility. Based on what we saw at the presentation, the first $ 1000 / £ 1000 / € 1179 phone looks like a fantastic device but is miniaturizing the Kinect really the best way to go? According to the demos seen during the presentation, the future of smartphones is still uncertain.