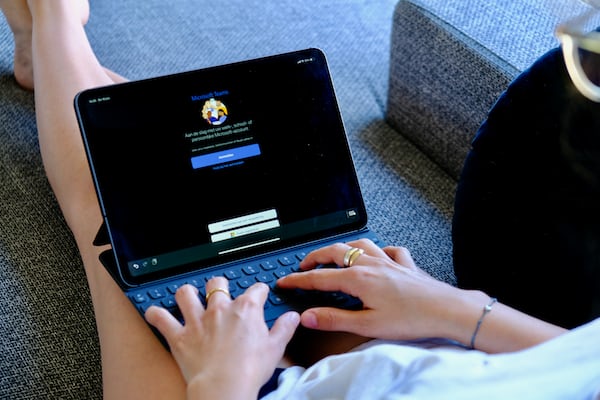 That Swipe It emote in Fortnite is very similar to 2 Milly’s Milly Rock. At least that is what the rapper says himself. Also in this N8W8: a patch for Fallout 76, the end of Fix PUBG, a new fighter for Dead or Alive 6 and Smite to the Switch, including cross-play.

The Guardian often feels old on Sundays, but now realizes for the first time that she might just be a bit old … She has no idea who rapper 2 Milly is, let alone that he is responsible for the song Milly Rock.

Fortunately, thanks to many hours of clicking on the internet, she still knows the accompanying dance that this news is actually about. 2 Milly claims that Fortnite developer Epic Games has stolen his dance.

The Milly Rock dance was at the time of the Season 5 Battle Pass for sale as an emote in Fortnite. However, you know it there as the “Swipe It” emote. 2 Milly gives no permission to use his moves. Therefore, the rapper is now thinking of suing developer Epic Games. In his own words, that is not about the money; he just wants to protect his property.

The observant gamer is probably just waking up from a heavy déjà vu. Earlier, Chance the Rapper also spoke to Epic Games about the use of well-known dance steps. He then suggested that the developer should at least compensate the people behind the dance.

Epic Games has not yet responded.

Bethesda Game Studios has a patch scheduled for today. The developer adds various fixes and upgrades to their Fallout 76. It mainly concerns so-called quality-of-life features, which make the life of a gamer just a bit more pleasant. The patch is also about improvements in performance and stability.

The Fallout 76 patch includes a fix for the bug that prevented players from getting their hunger meter filled no matter how much they ate. Other players heard random ambient noises while playing, which didn’t seem to be connected to anything. This bug should also be fixed later.

At the request of PC gamers, the Fallout 76 patch also includes a push-to-talk chat feature. However, they still have to wait a while for the field-of-vision slider and support for ultrawide 21: 9 monitors. These improvements are coming “soon”. Bethesda is also working on an upgrade for the capacity of the stash box. The limit is currently set at 400. However, players complain that they are running out of space. We can expect this improvement in the coming weeks, on all platforms.

And finally, a look at the future. Despite the fact that Bethesda has always stated not to make a Fallout MMO, the developer plans to support the game for a longer period of time. This includes new Vaults, ways to improve your CAMPS and faction-based PvP.

Are you one of the lucky ones who will soon be able to do nothing for a few days / weeks around Christmas? And do you happen to be one of those people who sometimes need a new game? Below three (relatively unknown) games that you can still check in 2018. Take a quick look at:

A few months ago, PUBG Corp. to what they called the “Fix PUBG” campaign. In the past period, the developer of PUBG has focused on issues such as client performance, server performance, matchmaking, anti-cheat measures, bug fixing and quality of life improvements.

Executive Producer Taeseok Jang announced on Steam this weekend that he considers the Fix PUBG campaign to be completed. He also indicated that the company has reflected on previous mistakes. For example, PUBG Corp. rather relies too much on pooping content rather than improving gameplay.

Now that the big bugs have been fixed, PUBG Corp. focus on the future. Jang states that stability and quality are the new core values ​​of the company. However, that doesn’t mean that new content won’t be released for PUBG anymore:

At first, this is likely to slow down our build cadence, but as these processes become more proficient, we hope to provide new content as fast as before, while maintaining our new stability and quality-first goal. While we cannot say how long this will take, we promise you that we will give our best efforts to reach this stage as quickly as possible. “

Fans are divided on Jang’s post. Some argue that work on PUBG is far from finished, while others are satisfied with the state of the game.

Above, you saw 18-year-old NiCO, also known as the “Lightning Technomancer” and the “Azure Flash Cybertechnician”. Her bio also says that NiCO comes from Finland. She is a scientist and uses plasma in her attacks.

Smite to Switch; gets crossplay with Paladins

Hi-Rez had a busy weekend. To begin with, the developer announced that their Smite is coming to Nintendo Switch. However, you do not have to worry about a division of the players. The game will also get cross-platform play and progression. Just like those other two games from Hi-Rez: Paladins and Realm Royale.

You can still play Realm Royale in Early Access at this point. When the game is fully released, it will be with cross-play right away. For Paladins and Smite an update is needed to make it possible to play together. This is expected in the second half of January 2019. Hi-Rez indicates that they are technically ready to support cross-play as soon as the opportunity presents itself. This is believed to be a sneaky sneer at Sony, which previously turned out not to be too keen on implementing this feature …

The search for the best casual matchmaking matches in Smite, Paladins and Realm Royale is done regardless of platform. However, for Ranked Matchmaking, players in Smite and Paladins are broken down by their input method. If you link your platform account to your Hi-Rez account, you can also sync your progress. If you already own multiple accounts, the content you own will be merged. Logically, platform-specific skins are not available on other platforms. It is also not possible to request a refund for double skins.

Smite can be checked on Nintendo Switch from January 24, 2019. You can also expect cross-play functionality around that date.

Today in memes and things a Shrek remake made by 200 fans and even more crude jokes that were beyond your childhood brains.