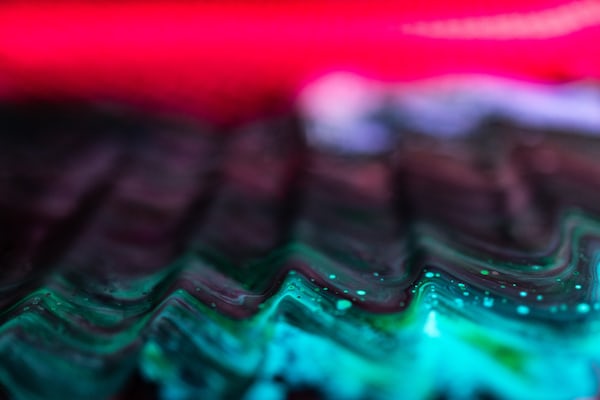 When we talk about Disney, I remember how happy I was just to be able to see the movies in the Portuguese version and sing along with the characters. The typical girl. I knew the lines by heart and always invented a way to characterize myself as one of the adventurers around the house. The years passed and even growing up, I never stopped loving animation and the way stories were told, displayed in both 2D and 3D.

A few years later, I was already going through my adolescence, and therefore other worlds to discover, I find by chance at Toys R Us, a game (at the time of SquareSoft and Disney) that mixed characters full of colors, zippers and spiky hair, along with lively caricatures. It was the first time that I discovered what an RPG was. A while later I also realized that it would be the type of game that I would identify with: a little cell shading, a very emotional story that holds us together, battles in real combat, a simple and appealing interface, and a raw soundtrack. It could indicate many other qualities about the effect that RPG’s have on me, however that is not what I come here to write about.

As many RPG lovers know, Square Enix – to compensate for the excessive wait for new information about the next KH – wanted to entice us with a second HD remake.

One of the main reasons why all the fans were waiting for this KH 2.5 was, in addition to the HD graphics that we had already seen in 1.5 HD ReMix, more of the new cutscenes that only came out in Japan at the time. I remember when Final Mix was finally touring the world, with new information about the mysterious Organization XIII, which we question so much about its intentions, given that in Europe there was still nothing for us but the cutscenes in Japanese.

It will arrive in the spring.

Another remastering / collection on the way?

More news is the new coloring that added more liveliness to the game’s HD – this would have been one of the first things that struck me as soon as I started KH2, thinking that Roxas’ clothes had been rethought in terms of colors; they can also have the pleasure of defeating all the members of the Organization in this game (that is, all those who have already come from the Chain of Memories, which for those who could not try, are already available to fight, spread across the various worlds of the game). To further improve the enthusiasm, I cannot fail to mention the soundtrack – one of the elements that most marked me in this game – and that is now completely restructured and has given power over the most varied worlds and situations experienced in Kingdom Hearts. Something unprecedented.

:: Spring Promotions on the PS Store

Still in the same scope, in addition to the new list of bosses, new keyblades (all of them from Final Mix), the re-orchestrated soundtrack, the new coloring, new cutscenes, support for trophies on PS3, and HD resolution, will to be able to explore secret rooms that did not exist before, and there is a new transformation of Sora – the Limit Form – where he gains new skills with the completely redesigned fact of the first game. Finally, there is also a mini game added where we can collect KH crowns around the world to complete the puzzles that are equivalent to images from the Square and Disney saga. At the end of the game, there is a secret boss – Lingering Will – where Sora will have to use all her strength and skills to defeat the armor of one of the elements of the game Birth By Sleep.

Moving on to Birth By Sleep, the fantastic HD graphics seen now on PS3 were the ones that caught my attention the most. There was an improvement in camera control similar to Kingdom Hearts Final Mix HD – where you can control the camera on the right analog. For me there is a difference in terms of gameplay compared to the others – this was the one I liked the most, since I found it more complex: adding a new Command Style for the game trio that you get after completing the Sticker Album, newer ones cutscenes, additional keyblades, some re-orchestrated songs as well, new missions against the Unversed (which in turn also had an addition of colors), a small change in the battles in the Mirage Arena that from Multiplayer passed to Single-player, also an optional boss and still the opportunity to play Secret Episode which is 1 hour longer than the original game. And of course, for those who were unable to follow the story – since it originally came out on PSP – you can now keep track of past events in relation to the entire saga of the game.

Finally, we have the 3-hour HD cutscenes of RE: Coded – the only positive aspect that stands out are the additional events that occur and that were not seen in the original game – in addition to the usual cutscenes, this one also brought more cutscenes from the Disney worlds and narrations made by Mickey, battle scenes and more reports of the characters. They also included a cutscene that is related to the PC game that only came out in Japan – Kingdom Hearts X; and a secret ending, also linked to the later events of the last game that came out for 3DS – Kingdom Hearts 3D: Dream Drop Distance.

Generally speaking, this collection that came out has more pros than cons, although they could have modified some small things that would make a difference. Having placed the “Critical Mode” difficulty level in the games makes them more attractive, as the reaction commands on the KH2 made it very easy to play. Something that I didn’t like was that after recording the progress, and whenever I was going to fight a boss or do grinding in the worlds and lost, I never did a respawn near that area. Even to start fighting the boss again, we are forced to relive the moment again.

In the BBS the loadings are huge compared to the original game, which can cause you to lose some enthusiasm as we progress in the game, greatly influencing the most powerful transformations or attacks in battles due to the loadings. As for Re: Coded, present only in a cinematic format, it seems to me that this game does not have much relevance to the story, but unless you are really interested, there is always the possibility to search for the story on the Internet or play the version from Nintendo DS.

For players who have never touched this universe and who want to get to know it before the release of KHIII, these remasters are undoubtedly the best and most faithful copy of the originals I have ever been able to play. I confess that it is my “guilty pleasure” and I have a lot of fun whenever I get caught up in this saga, even though its whole history is confusing, which can generate some controversy in the players. I think that was exactly what the producers idealized, triggering a divergence of opinions among the fans, given that the last game of this saga is about to come out and there is still a lot of suspense in the air as to what lies ahead.