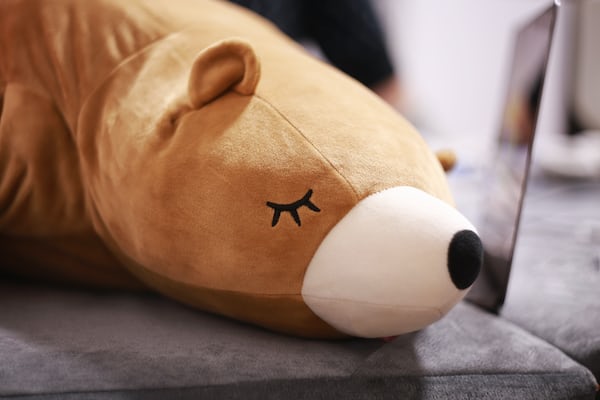 It’s been around four years since The Complete Saga, the last (and extensive) part of the LEGO Star Wars series, was released. In the meantime, the developer Traveller’s Tales dedicated himself twice to Indiana Jones and once each to Harry Potter, Batman and Rock Band in block format. In addition to the LEGO premiere of Pirates of the Caribbean in May, they are now returning to Star Wars for the time being.

The movies themselves will not be messed up again, because with the series The Clone Wars there is now enough brand new material. LEGO Star Wars 3 focuses almost exclusively on the first (of currently three) season of the series and thus alone offers enough material for a comprehensive game.

There are a total of three story campaigns, each with six missions, which follow the different storylines of the first season and are each dedicated to a main adversary: ​​Asajj Ventress, Count Dooku and General Grievous. Likewise, two bonus missions that can be played on the dark side and an epilogue mission have been integrated, the latter taking an episode from the second season as a basis.

If you want to concentrate on a single passage in the story part, you will spend around ten hours with it, but there has always been a lot more to LEGO games than that. As usual, the replay value is very high. If you really want to achieve the full 100 percent, unlock every mission, every character, every extra and every vehicle, you should definitely have around 25 to 30 hours to do – at least. So you definitely get a lot for your money.

In essence, you stay true to the principles of the LEGO series. In other words: As before, you collect LEGO bricks as currency in the sections, solve puzzles and fight a lot of battles. Like the other LEGO titles, The Clone Wars may be aimed primarily at a younger audience, but adults can also have a lot of fun with it. Those who are familiar with the series will of course benefit from the usual entertaining cutscenes, and those who do not know the stories will be informed roughly via Star Wars scrolling text at least at the start of each mission.

Apart from that, every new idea has flowed into LEGO Star Wars 3: The Clone Wars, which provide playful variety and sometimes create a feeling for real size. Away from the level in which you ?? as known from the series ?? on foot or by vehicle, you have added really extensive ground battles. Here, entire armies strut across the battlefields, on which there are always several bases.

You have to clear these checkpoints of enemy buildings and thus free them. Then you can even set up your own base here, build barracks from which entire clone companies march, purchase vehicles that are always replaced after the destruction, build turrets, shield generators and the like. All of this costs LEGO bricks, but only those that you naturally collect in the respective level.

These clone companies can even be commanded if you control a clone commander with a radio. Just march to the squad, press B and they’ll follow you. You can then use them on enemy units or buildings, which is sometimes necessary. Opposing constructions are divided into three variants. There we have the completely normal kind that can be attacked by any character, any vehicle. Silver buildings can only be damaged by explosive projectiles or more powerful energy cannons, golden buildings require the energy cannon of an RX-200 tank or the rapid fire of a golden clone squad.