Lost Ark vs Path of Exile: Which is Better? 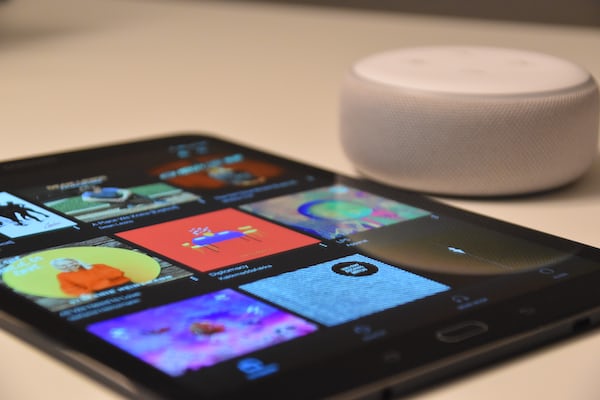 Lost Ark vs Path of Exile: Which is Better?

Many gamers are wondering how the release of the popular Korean ARPG will affect Path of Exile. Should PoE be worried about its status as the premiere ARPG game?

Lost Ark is popping off on the Steam charts just a few weeks after its release. The hit MMO-ARPG has peaked at around 1,324,761 players, vastly outpacing popular mainstays such as DOTA 2 and Counter-Strike: Global Offensive to become the most played Steam game on the platform’s history. While the game itself is very unique and fun to play, many attribute the Korean ARPG’s success to the lack of quality MMO and the drought the industry is currently facing. As a result, many gamers have been asking the question Is Lost Ark better than PoE.

Path of Exile’s Status as the Premiere ARPG

PoE has been undisputed as the leading light of the ARPG genre for quite some time before Lost Ark came to Western markets. For the longest time, the only big action role-playing games were Path of Exile and Diablo 3. Grinding Gear Game’s popular game has been around for 10 years and is still growing. The game has seen very slow growth for the past few years until recently when more players have started grinding more PoE currency.

Path of Exile has recently reached its all-time peak at around 270,260 active players after the release of Siege of Atlas. For years, PoE players have been asking for more variety and better balancing in the ARPG. Exalted Orb drop rates were of particular concern. 2021 was deemed a good year for the game since the league expansions last year were some of the bests the gaming studio has ever released.

Hardcore gamers have been worried about the game’s status as the premier ARPG game after the Western release of Lost Ark which is considered its next competitor. Smilegate’s ARPG has been advertised as an MMO ARPG due to its isometric view and similar gameplay to PoE and Diablo. The Korea ARPG is considered the next big MMO and will potentially overtake PoE.

The Difference Between Lost Ark and Path of Exile

Many players have anticipated Lost Ark to be a balance between ARPGs and MMOs. The game’s isometric perspective gives it a feeling of an action RPG, while its main story quests, character progression, and overall gameplay are more similar to MMO games. Lost Ark is more similar to World of Warcraft and Final Fantasy XIV than Diablo or Path of Exile.

Fortunately for hardcore fans of Grinding Gear Games’ popular ARPG, Lost Ark will not be a contender for the game’s status as the premiere ARPG game. Smilegate’s hit game will be competing with more popular titles in the MMO genre like FFXIV, WoW, or OSRS. Here are the core differences why the two games are not in the same boat:

The most prominent difference between Lost ark Path of Exile is how players can progress their characters. While both classes feature standard classes, Path of Exile provides more freedom in how characters are built than Lost Ark. PoE focuses heavily on character building by providing players with an enormous passive skill tree.

PoE gamers’ only restriction on character building is that the skill tree is not an endless branch of stat bonuses. However, there are still massive numbers of passive skills that players can choose which makes every character build unique. While Lost Ark does attempt to be more flexible with their character building, the limited number of skills available restricts the number of variations available to players.

The biggest point of comparison between the two’s character progression is the available active skills. Path of Exile’s skills and PoE Items are not dictated by classes. Instead, players can equip different skills for their characters by using different skill gems. Meanwhile, Lost Ark’s active abilities are bounded to their class. This means players in LA only have a limited set of usable skills. Overall, PoE provides more freedom to gamers.

One of the most obvious differences between Smilegate’s and GGG’s games is their left-click functionality. Though both online games have an auto or basic attack feature, Path of Exile pays more respect to these types of attack than Lost Ark. Left-clicks in PoE deal more damage and are more functional which help players in their fights.

Meanwhile, LA’s basic attacks are very rarely used. The game focuses more on skill rotations with short cooldowns. The functionality of left-clicks is also one of the trademarks of several other ARPGs as well such as Diablo, Last Epoch, and Torchlight.

This category is where Lost Ark shines better. Smilegate focuses heavily on the game’s aesthetics and animations providing players with gorgeous scenery and stunning cinematics. Skills and abilities are also very vibrant and more impactful. The game also switches between colorful and lively colors to dark and ominous ambiance depending on the setting.

On the other hand, PoE does not put that much emphasis on graphics. GGG’s has is more low-key and less vibrant and colorful due to the game’s setting. In addition, Path of Exile has been around far longer than Lost Ark, so the graphic editing that PoE started with before is far more inferior than the current visuals of newer games.

This does not mean that Lost Ark will not chip away some of Path of Exile’s community base even if they are fundamentally different games. Smilegate’s ARPG can still entice PoE players to try out LA despite the big differences between the two games. Even though GGG’s ARPG is in its best version of itself due to Siege of Atlas, Lost Ark brings something entirely to the table that gamers might find more interesting.

The Korean ARPG has vastly outpaced PoE in terms of active players. LA has peaked around 1.3 million players just a week after its release compared to Path of Exile’s 270,260 peak. GGG’s game’s player count is currently just a fraction of Smilegate’s game. These numbers might change as time goes on, and the hype for Lost Ark dies down.

Overall, Lost Ark will never contend with Path of Exile in being the top ARPG in the genre due to their fundamental differences. However, Smilegate’s game will still present itself as a strong competitor in terms of player population. While farming and spending PoE currency is fun, LA will still affect Path of Exile’s community despite being more of an MMO.