Mac does not recognize hard drive: how to fix it 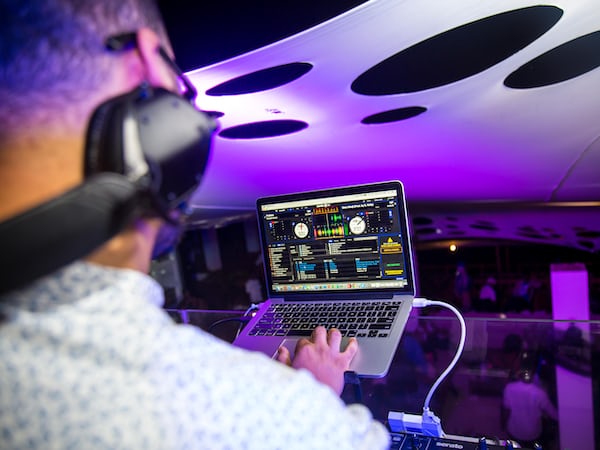 Mac does not recognize hard drive: how to fix it

Horror, you connect a new external hard drive to your Mac, and macOS doesn’t recognize it. In this situation, we are going to give you some advice on what to do when your Mac doesn’t recognize the hard drive or USB drive, so that you can identify what is wrong and try to repair it in different ways. Sometimes, it will be something simple, but in others it will be necessary to go deeper.

This article is designed so that you go point by point doing all the checks and tasks, that is, go in order with everything that we have explained to you to find the solutions. In fact, we will end up with a tool that will require starting the Mac by entering terminal mode.

First, check that the disk works

The first check in any operating system in a case like this is to identify if the problem is with your own computer or with the unit that you have inserted. Being able to do this check depends a bit on the hard drive you are using, being the external ones the easiest for you.

For external hard drives, first try connecting it to another computer to see if it works there. In the event that you do not have another one to check, you can also try to listen if it makes any connection noise when connecting the hard disk, and try changing the cable to see if the problem was just his.

Another method that is also applicable in this case to USB memories is to check if they have any LED that indicates their operation and if it lights up when you connect it. In the case of internal hard drives, you should hear something when it starts working, although in these cases it is more difficult to detect if the drive itself is working properly.

Another check you can do to see if the disk itself is working properly is to use the Disk Utility application, which you can find directly in Launchpad. In this tool, you will see the information of all storage units that you have connected to your Mac, both internal and external.

Some things can happen here, like for example in the left column your unit comes out in light gray color, indicating that it has not been able to mount and read it correctly. It may also happen that it appears normal even though it gave you an error message, something that may be due to the fact that the drive itself is fine, but there may be other problems such as some with the file system.

Inside Disk Utility, you also have another tool called First Aid. Its mission is to do checks on the operation of the unit, and in many cases it can help you to quickly fix some minor problems. From the utility you can also drag the icon of the specific unit to the dock to force a shortcut, but this will not guarantee that it works correctly either.

Within Disk Utility you will have several controls related to the hard disk that you have inserted. Among them is the Erase option used to format the storage disk. This can be useful because your drive may be using a file system that is not supported by your Mac, something that can happen to you with drives that you have been using on Windows.

Here, the recommendation is that if there is sensitive material on the drive, try to make a backup copy by saving it on some other computer where it has worked. Then, when you do the formatting, you will have to choose the appropriate file system depending on how and where you are going to be using this unit.

Resetting the Mac’s SMC, the system management controller, can help you solve a host of problems when your hard drive is not detected and appears to be working properly. It is a more aggressive measure, but also quite simple, which incidentally also solves problems with power, fans, battery and other characteristics.

In MacBooks with a T2 chip, the process is done by first turning off the computer, and then hold down the * Control + Option + Right Shift + Power keys for 7 seconds. Then release the keys and turn on the computer normally. With an iMac, you simply have to turn off and unplug the computer, wait at least 15 seconds, and plug it back in and turn it on normally.

For the rest of the models released from 2009 to 2017 without the T2 chip, the solution is hold down the * Control + Option + Left Shift + Power keys for 10 seconds. Then release the keys and turn on the computer normally.

Use the fsck tool

And the last option is also the most aggressive, and goes through using the fsck tool. It is a quite complex process, so we leave you a list with the steps to take to carry out. This tool does not guarantee the integrity of the data, you can lose whatever is in the drive, and depending on the disk capacity and the performance of the Mac it can take anywhere from 20 minutes to over an hour.