SamaGame > LATEST > jump > Magikarp Jump: All achievements and how you unlock them 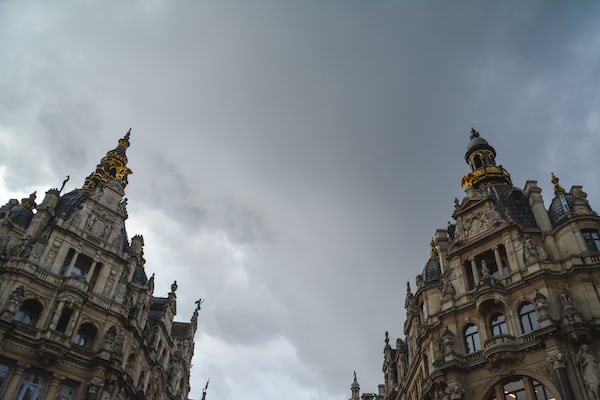 Magikarp Jump: All achievements and how you unlock them

Magikarp Jump: All achievements and how you unlock them

The most important resource in Magikarp Jump are the diamonds. Unfortunately, it is not exactly easy to get to the sparkling clunkers, since you should buy them in the shop for real euros. But there are also ways to keep them while playing. One of them are the achievements that you can complete in different ranks. Most reward you with diamonds, but there are a few that drop a fair amount of coins instead. You can need both to increase the HP yield for your Magikarp.

So far there are 14 different achievements, each with five levels, that you can complete in Magikarp Jump. Each stage is more difficult to reach than the previous one, but it also has a greater reward. For example, you get eleven coins if your Magikarp has eaten 80 berries. After 200 berries there are already 20 coins, with 2,200 fruits an impressive 150 coins and so on. So it pays to meet the Achievements while you dedicate yourself to raising your Karpador.

What successes there are in Magikarp Jump, what you have to meet for the different levels and what rewards they bring for you, you can find out below on this page. By the way, the game always tells you about successfully completed achievements by showing you a number at the top right of the menu button. This number represents the number of achievements for which you can claim the rewards. Then tap on “Achievements” in the following menu, then look for the achievements highlighted in blue in the list and press “pick up” to get the diamonds credited.

Magikarp Jump: How to Get and Evolve Gyarados

Magikarp Jump: All events and rewards

Get diamonds for your successes!

For this achievement, you must complete the other achievements. As a result, success will come naturally over time.

Log into Magikarp Jump every day to receive this achievement. It doesn’t matter whether you only start the app briefly or paddle for a long time. What does play a role, however, is that the consecutive days are always counted without interruption for the individual levels.

This is a simple counter for the number of food you gave your jumping enthusiast friend when you tap the food in the aquarium. It doesn’t matter what kind of berries your Magikarp ate.

In addition to food, the number of training units is also tracked. As usual, it doesn’t matter what type of workout it is. As long as you make sure that you don’t let your training points accumulate on three for too long, you can drive this success forward quite quickly. After all, you get a training point every 30 minutes and there are several ways to restore training points.

This success is not that easy as most of the events are randomly triggered. As long as you train hard and fight in the league, you shouldn’t have to wait too long here either. You can find out what events there are and what needs to be done on the Magikarp Jump page: All events and rewards

This success also usually takes a little longer because you have to fish a lot of Karpadors for the patterns. In addition, these also want to be raised before their final pattern is determined. You can drive success in a targeted manner by simply fishing again and again while fishing, but it costs you ten diamonds each time – and they are already quite rare anyway. You can find out more about the patterns that are available and what they reveal about your Magikarp on the Magikarp Jump page: All patterns and colors (normal, koi, two-tone, bubbles, gold). Incidentally, with the last update six new patterns came into play, so that there are now a total of 25. Unfortunately, you still cannot finish the last rank with this.

Here it is similar to the pattern. However, you don’t have to hope that you will land Karpadors with different patterns. Every fish caught counts for this success. You can specifically drive success by fishing again and again while fishing, but keep in mind that this will cost you ten diamonds each time.

This success is simple and quick: you only have to share the pictures you have taken of your completed events and duels with your friends on social networks. The number of uploaded images is counted.

The talents used are the abilities of your helper Pokémon. This success will take some time, as you will only unlock more and more Helper Pokémon as you progress through the game.

This success is all about your winning duels in the league. If you do not manage a league, you have to fish a new Magikarp and fight all the fights in the league again. These repeated victories count for success as well as first-time victories in a duel.

This success can also take some time, as you have to invest in diamonds for most decorative objects. For a few specific you have to successfully complete a certain league first, which also takes some time.

Depending on how many diamonds you want to spend on items in the shop, you can advance this success more or less quickly. You also get items as rewards, but this is not often the case.

For a successful career end for your karpador, several things have to be fulfilled. First, nothing should happen to him during events. Second, you have to pull it up to the maximum level. And finally you have to fight with it in your current league until you have either successfully completed the league or lost it once.

With events it can happen that your Magikarp in one way or another blesses the temporal, is kidnapped or develops further. Either way, his career has come to an abrupt end and you have to catch a new Magikarp. This very fact is counted for this success.