SamaGame > Dark > MIUI 12 dark mode 2.0: Xiaomi will include improvements in wallpapers and fonts 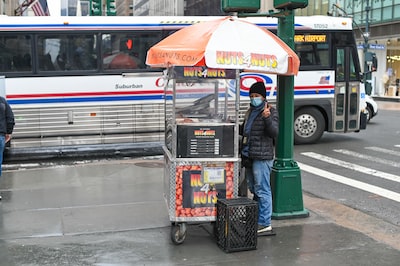 MIUI 12 dark mode 2.0: Xiaomi will include improvements in wallpapers and fonts

MIUI 12 dark mode 2.0: Xiaomi will include improvements in wallpapers and fonts

With the next version of its custom layer in the home stretch, Xiaomi finalizes all the new functions that will include MIUI 12. We already know some of them since they were filtered, and now we know the appearance of the  » dark mode 2.0 ”, a evolution of the dark interface that Xiaomi introduced in MIUI 10. The new version of the layer will bring various changes to the dark mode beyond applying black backgrounds, such as font contrast.

The fact that an app has dark mode is nothing new, as most Android software has adapted their interface to black (or dark gray) tones, at least for the most important apps. Also the personalized layers, as is the case with MIUI: putting a Xiaomi mobile in dark mode is a breeze since just go to screen options. And with MIUI 12, the darkening process will improve: Xiaomi plans to evolve the process by applying different changes to backgrounds and sources. This is evidenced by the latest leaks.

Adjust the font and darken the wallpaper

Usually, when a dark background is applied to a system, it places black backgrounds on the interface. highlights texts in light colors for easy reading. There are usually no settings, just an option to turn on and off. So how can Xiaomi improve such a dark mode? As confirmed by the XDA developers, the company is on the verge of improving the process to improve visibility in the dark interface of MIUI 12.

The backgrounds will be black, in the sense that the future dark interface of MIUI 12. does not change, it has new features in two parts: wallpapers and fonts. AT facilitate screen display in all lighting conditionsMIUI 12 introduces the following options in its Dark Mode 2.0:

All these options MIUI 12 dark mode 2.0 were unveiled during the official presentation. Xiaomi plans to unveil its next version of the system on April 27: we have less than a week to know all the news it will bring to the brand’s mobiles.