Need to protect your data on the Internet? Here are 3 perfect VPN offers 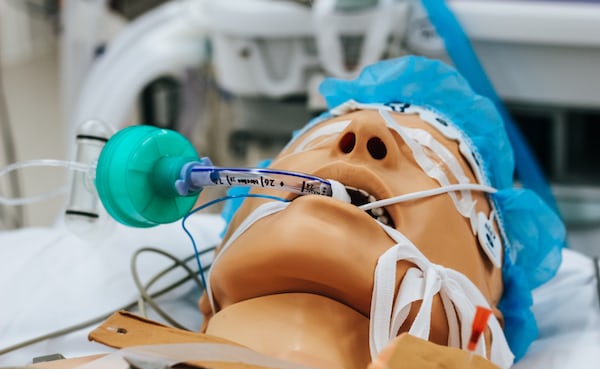 Need to protect your data on the Internet? Here are 3 perfect VPN offers

In recent years, there has been a rise in online surveillance and digital censorship. Today, we offer you a solution to protect yourself against this: a VPN. This is ideal for protecting your personal information and your anonymity. This is because a VPN hides your real IP address and your online activities. There is nothing more effective and complete today.

Additionally, a VPN changes your virtual geographic location. This is how you can access content blocked in your region (websites, applications, streaming platforms, etc.) and it must be said that it is very practical, especially if you are traveling.

In order to equip yourself at a low price without compromising the quality of service, you can turn to one of the VPN offers in this article. These are three reputable vendors that have been in the cybersecurity market for decades. The one that particularly caught our attention is CyberGhost with its offer at €1.99 per month instead of €11.99.

Perhaps you have already come across CyberGhost. This software is indeed very widespread, and it is not a coincidence. For your security, CyberGhost is optimal. Upon activation, this software creates a secure VPN tunnel to keep your browsing information (such as your passwords or bank details) safe from prying eyes.

At the same time, CyberGhost hides your IP address, making your identity and location invisible at the same time. For even more security, the CyberGhost VPN app has the Kill Switch option. This feature will suspend your traffic if the VPN accidentally disconnects, so your data is never accidentally exposed.

But if Internet users love this software so much, it is also because of its more than 8,000 servers in 91 countries around the world. By connecting to its servers, you will be able to thwart all geo-blocks, and access all the content in the world.

CyberGhost is particularly a very good VPN for streaming, due to its servers optimized for this use and its ability to unblock foreign Netflix catalogs. The CyberGhost VPN app is compatible on all your devices (computer, tablet, smartphone, Smart TV) and available right now for a very small fee.

Indeed, the CyberGhost 3-year plan benefits from an 83% discount and 3 months free. The 39 months are thus only €77.61, which amounts to only €1.99 per month. Everything is refundable in full within 45 days so take advantage of it quickly.

NordVPN is a reliable player that has been offering a VPN service since 2012. This provider offers you an application that is easy to learn and compatible with the main operating systems (Windows, Android, macOS, iOS, Linux).

By activating NordVPN, your online activities will become unreadable since it encrypts your traffic end-to-end with the best AES-256 algorithm. Your IP address will also be masked to allow you to browse incognito. Also, note that NordVPN is a No-Log VPN. This means that it does not store any data about your use of the software or your online activity which is good for your privacy.

But beyond your security, NordVPN is also very good at thwarting geo-blocks and censorship. Its application gives you access to more than 5,400 servers in 60 countries around the world. You can also unblock geo-restricted content from all of these locations.

So, the Netflix, Prime Video, Hulu catalogs are yours, but also foreign television channels and websites. Also, during your travels abroad, NordVPN allows you to connect to a French server to access your local content and services.

And currently, these advantages are accessible at a bargain price because the price of the 2-year subscription registers an immediate discount of -60%. This translates monthly into a drop in NordVPN’s price, which drops from €10.49 to just €2.89. And since an account allows 6 connections at the same time, you can enjoy it on all your devices.

Enjoy your streaming content anywhere in the world with this VPN

This tempting offer is ideal for the coming months

Are you scouring the multiple offers of multiple VPN solutions without being able to find the one that really meets your expectations? Opt for NordVPN, the choice of experience coupled with optimal cyber privacy and performance to rival the competition.

You benefit from a -72% discount on the standard rate in force and, then, you can keep your license with NordVPN at 88€/year (subject to change by then). Note that you must add applicable 20% VAT at checkout, and if required, a 30-day money-back guarantee is included by NordVPN.

For an even more serene summer season, choose the excellent services of NordVPN! One of the most reputable firms in the world in this market, with a particularly powerful streaming suite, is available at -72% for 2 years!

3 reasons to choose NordVPN as your VPN suite:

This tempting offer is ideal for the coming months

Are you scouring the multiple offers of multiple VPN solutions without being able to find the one that really meets your expectations? Opt for NordVPN, the choice of experience coupled with optimal cyber privacy and performance to rival the competition. In addition, NordVPN is currently offering you a two-year license for only €2.89/month!

You benefit from a -72% discount on the standard rate in force and, then, you can keep your license with NordVPN at 88€/year (subject to change by then). Note that you must add applicable 20% VAT at checkout, and if required, a 30-day money-back guarantee is included by NordVPN.

A figurehead of VPNs, NordVPN continues to evolve at a rapid pace. Its performance has gone up a notch thanks to the deployment of a network of 10 GB RAM servers and the NordLynx VPN protocol. In addition to outstanding applications, it stands out for its ease of use and excellent stability. A service that we can only recommend, and without a doubt the best VPN for its quality / price ratio.

With speeds of up to 6.7 Gb/s, the VPN solution guarantees you some of the best results on the market in this area, so as to avoid latencies and potential overloads on its most visited servers. Plus, with unlimited bandwidth and a huge selection of 5,400 servers in 60 countries, you’re pretty sure to find what you’re looking for.

NordVPN equips you in the best possible way to optimize performance without compromising on cybersecurity. The solution is also able to unlock all the streaming catalogs you want, and accessing this series exclusively available on Prime in the United States is no longer a problem! Connect to your account by choosing a server in the US then fill in your Amazon credentials, and you’re done! Film, series, sport, no longer see any limit linked to your real geolocation.

NordVPN: the best VPN on the market with an extra “trick”

NordVPN is unquestionably one of the best VPN services on the market. Recently, its publisher, NordSecurity (based in Lithuania) decided to broaden the range of its offer by going even further and offering a tool dedicated to cybersecurity. Thus, for the subscription to its VPN, currently on sale at €2.89 instead of €10.49, you get its new antivirus as a bonus.

Adopted by a large number of French people, the VPN has nowadays become essential. As proof, no less than 28% of the French population uses it on a daily basis. Whether it is to preserve your anonymity on the Internet or to navigate in complete safety, the advantages it provides are numerous. In this area, NordVPN is a leading player that ranks directly on the podium of the best VPNs on the market, notably with an easy-to-use, fast and ultra-secure service.

As its name suggests, NordVPN obviously focuses above all on its VPN in order to attract more and more the general public. When it comes to user experience and level of privacy, no other VPN does better than NordVPN. To offer a quality service covering all levels, the publisher also plans to develop a dedicated antivirus solution very soon and thus become a major player in cybersecurity.

Why NordVPN is the best VPN service on the market?

The question deserves to be asked. Indeed, many publishers offer VPNs. Before choosing NordVPN (or another), you must first determine why you need a VPN. First of all, in it is possible to do a whole host of things such as: browse anonymously on the Internet, avoid advertising tracking, encrypt your connection (especially on public or shared Wi-Fi networks), bypass geo content – Blocked or censored in some countries.