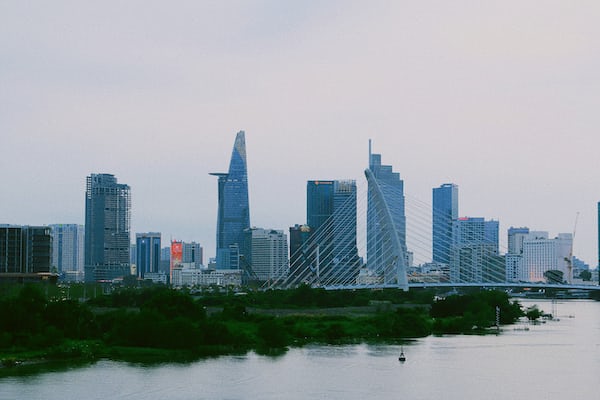 As an exclusively digital software and available only on the Wii U virtual store, NES Remix was one of the great surprises provided by Nintendo for the final stretch of the past year, but that will still take over the Wii users’ console access schedule. U. One day Nintendo takes fans by surprise, announcing NES Remix, the next it is already updating the virtual store with the inclusion of the game. This is rare, but it happened in the last Nintendo Direct dedicated to Wii U. Each time I think that this method of communication is perfect for a company like Nintendo, known not only for the manufacture of very particular software but also for the communication with your audience and for this ability to surprise you.

Interestingly, I followed the announcement of the NES Remix at Nintendo’s showroom in Lisbon, at an end of the year event. But in the midst of some laughs motivated by this remix of NES classics that offers situations as disparate and cartoonish as Luigi climbing the scaffolding constructions in Donkey Kong, Donkey Kong jr. progressing in the levels of his game in the midst of temporary darkness and giving gas to Excitebike under a strong blackout and only with the motorcycle light on, I asked whoever was around me if this was no longer a game produced by the moons that gave life to the WarioWare series.

Instructions on the challenge indicated for each level are always marked.

It’s not the case. But there is a degree of insanity and nostalgia here that does not leave us indifferent when faced with a proposal along these lines. If the company has so much history, why not take advantage of its potential? At least in the way the Nintendo studio in Tokyo does it, taking remixes of classic games for the NES to the stage. Nintendo thus opens an alternative test proposal to the classics without leading the player to dedicate the same effort that he would have to apply to complete games over twenty years old. Composed of short and compact levels that encompass the same mechanics of the classics with the tuning we know, it presents, even more, this great merit, of providing players who are not tempted to pick up on the classics an opportunity to get to know them, above all those sequences, moments and mechanics that are perpetuated in any manual on Nintendo’s history.

However, it is also an exercise in nostalgia and an operation on unpaved earth, however it benefits from a freshness resulting from the peculiar composition of the levels, sustained by small and concrete challenges to be completed after four successive segments, as well as a reformulation that at some levels it even transfigures them significantly, while safeguarding the challenge. However, there are peaks of high difficulty and some challenges are only overcome after many trials and errors, if this were not one of the guidelines of the old productions, very marked by the retro spirit that forced players to pay a few coins to continue.

In this challenge, the focus of light focuses only on the protagonist.

Altogether there are 16 NES games. Some are better known than others. Many will naturally recognize Super Mario Bros., Donkey Kong, Excitebike, The Legend of Zelda, while the titles Baseball, Ice Climber, Wrecking Crew or Urban Champion may go unnoticed, perhaps because they have not aged so well in time, because they are based on mechanics that proved to be somewhat difficult to manage. It is true that the games chosen are all part of a list of Nintendo productions created exclusively for the company’s first home console. Created, many of them, in the late eighties and early nineties, not all of the recent audience will be available to empathize with other titles that go beyond the borders of Super Mario or Donkey Kong, perhaps because of the few challenges, which thanks to mechanics ascertained from the jump, are still magnificent examples of successful platform titles.

In NES Remix there is enough new material, brought about by a series of joking twists and changes that lend another latitude when we look closely. For each of these 16 games there are several levels, these being composed of small challenges that involve a specific moment of the classic. These challenges are organized in a consecutive way and are fulfilled in short periods of play, which can be five, ten or twenty seconds. In some situations it involves more time, although the fight against the clock is a constant.

Finishing the various challenges in good time, a score is given in the form of stars. One for the slowest and three, with a rainbow, for the slowest. If you fail a challenge you lose a life, which means gameover after some unsuccessful attempts, a situation that will tend to occur frequently as you unlock more levels, either by obtaining a certain number of stars that gives you access to a set of Remix levels, either by completing the levels of the other games and being able to move on to the next level.

There are lots of stamps to collect.

Despite the good impact caused initially, NES Remix reveals some inconsistencies. What was initially refreshing and interesting from the point of view of transfigurations, gives rise, in the transition to the second half of the game, to many arduous challenges and levels of other games that are not projected with as much invention as the similar ones of Super Mario Bros. Mario Bros. it is one of the games that reflects this dissatisfaction, as it has a very limited jump “timming”, and with little time to perform certain actions, the memorization process becomes more acute. In an attempt to alleviate this pressure, the producers chose to add more levels to some games at the expense of others, which alleviates some of this wear and tear, but does not repair these moments of less satisfaction.

The inclusion of stamps, as a constant reward every time you exceed the five hundred point mark, serves as a stimulus to the collection, having them for all games and characters, allowing your writings on Miiverse to contain some more meaning or graphic parody.

The great merit of this NES Remix is ​​in serving a series of classics from Nintendo’s first console with irreverence and some madness, although there is no degree of maintenance of the quality operated by this transformation in some titles that have not aged so well. We cannot ignore the special price of this game as well. For ten euros and with so much available here (approximately 200 levels), it will perhaps be a safer alternative to purchasing classics. Being an exercise in remembering and evoking the past, NES Remix injects good surprises and offers the player new challenges and rules that never slow down the pace. An exclusively digital collection that includes the best created by Nintendo for NES.