Nintendo on the nostalgic tour with Legend of Zelda: Breath of the Wild graphics 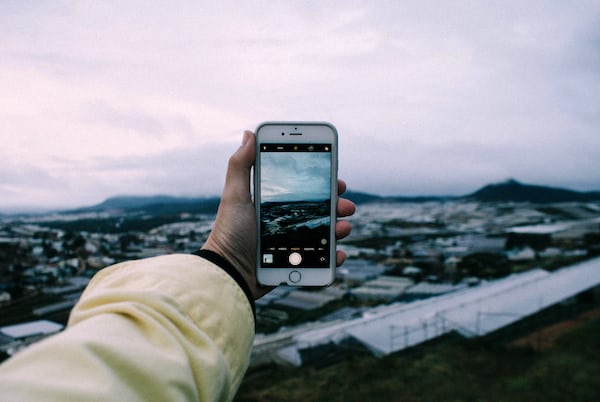 Nintendo on the nostalgic tour with Legend of Zelda: Breath of the Wild graphics

While in the rest of the Netherlands the first good intentions turn out to be rubbish, the Guard focuses on what it wants more every year: called game news. With tonight; Ariana Grande gets a role in Final Fantasy, GTA Online gets new s**t, Mass Effect not coming to Switch and more. Good morning!

Modders are adding all of Liberty City to GTA V.

Since it’s 2017 already, it’s been about two years since a bunch of Russian developers created OpenIV to crack GTA V like a walnut. The same guys behind these modtools show last night that they did not aim their sights on the Los Santos of GTA V, but on the city of Liberty City Indeed, the entire GTA IV city will be added to GTA V with a map. That is to say that the player has to cross the ocean to get from Los Santos to Liberty City (nothing will be replaced!), but that is nothing that a simple helicopter or plane will not know what to do. Since it is a mod, it will of course not be usable in GTA Online, and you also need GTA IV to install it. This is a requirement because the Liberty City mod converts its game files to GTA V.

Unfortunately, it is still unclear when the mod will be made available, the folks behind OpenIV say that there is still a lot of work to be done.

Ariana Grande gets a character in Final Fantasy: Brave Exvius

None other than Mac Miller’s girlfriend – the Guard just loves rap, there are no unhealthy obsessions with the Victorious series – will be featured in the mobile game Final Fantasy: Brave Exvius. Singer / actress Ariana Grande herself confirmed this via Twitter and Instagram, showing a photo of her and who are undoubtedly some Square Enix and Alim people. She also gave a first look at her character with the gif below, on which some poses (attacks, death and something with singing) have been collected. If you’d like to check Grande out in Final Fantasy: Brave Exvius; the game is already available for Android and iOS, but it’s unclear when Ariana Grande’s character will join.

Kojima statue of 1.6 meters high for sale for more than 1900 euros

If you have a legacy or three left, it might be an idea to invest in a giant image of your favorite studio that hasn’t released a game yet; Kojima Productions. Unfortunately, it is not an image of Hideo Kojima himself and we have to make do with Ludens, the mascot of his new game company. The giant is going digital for 1910 euros, but can also be bought for the meager amount of 214 euros per month. Bargain, so, and you get a good load of details, enough LED lights for an entire room and a flag with the Kojima Productions logo on it. What more could a gamer want ..?

Nintendo gets nostalgic with Breath of the Wild graphics

Leading up to the release of The Legend of Zelda: Breath of the Wild and of course the announcements awaiting us about the Switch, Nintendo is showing us two images tonight from their new Zelda adventure. The first image is of one of the Guardians games – not to be confused with a pocket knife – and number two is a throwback to an image of the original 1986 Zelda. Oh, the nostalgia.

Capcoms Dirt 3, F1 2013 and Grid will disappear from Steam

Not entirely sure why, but the racing games Dirt 3, F1 2013 and Grid are no longer available on Steam (via Destructoid). In all likelihood, Codemasters no longer owns the rights to the cars in those games which would also explain why the exact same titles disappeared from GOG a few days ago. If you already have the games in your Steam Library, do not worry, all purchases will remain where they are and can still be downloaded. If you didn’t have them yet and you wanted to, you’re out of luck. Bye bye!

Thor: Ragnarok contains Doctor Strange in addition to the Hulk

In Movie News: In addition to our favorite anger-struggling green freak of nature Hulk, Marvel’s most recent addition to the MCU is featured in Thor: Ragnarok. It has long been rumored that Benedict Cumberbatch would change the mantle of Doctor Strange again for the intergalactic scenes of Thor: Ragnarok, and these will be confirmed by Disney tonight. It was previously announced that the film would borrow story elements from the comic series Planet Hulk – a very big recommendation, by the way – and in particular the planet in question, Sakaar, where the film will largely take place. Sadly, it’s not a standalone Planet Hulk movie – Marvel doesn’t have the rights for it – but with both the Hulk and Doctor Strange, and on top of that a bunch of intergalactic bad guys, at least there should be plenty of action in Thor: Ragnarok on your fingers. to lick it off. November 2 Thor’s hammer flies back to Dutch cinemas.

A new engine and a new mode are waiting for you in GTA Online starting tonight. Now that the snowflakes have disappeared from the game and the Christmas items are no longer available, it’s the turn of the Pegassi FCR 1000 to keep you entertained.

In addition to the engine, a new Adversary Mode entitled Vehicle Vendetta can be played from tonight (until January 17 you will be paid double). As the name suggests, this mode is all about vehicles; On the maps, players are supposed to collect all kinds of power-ups to make their opponents. The power-ups are the following:

With the question “yes, but what else should you plan?” in the back of his mind, the Guard should mention that Arkane Studios is keen to make the PC release of Prey run smoothly. In an interview with Game Informer, creative director Raphael Colantonio reports that the issues that arose with the release of Dishonored 2 are not addressed by Prey. Lessons have been learned, which is why Arkane is sure of a smooth release:

We had a rough launch on the PC . [..] Unfortunately, it’s what it is, it shipped, then it got patched, and now it runs really well. So of course, we are paying double-attention to making sure that this time, the PC version is really flawless when we ship. [..] There’s a little bit more QA time. Also it’s a different engine, so the constraints are different. In the case of Dishonored, we created a new engine, really, even though it’s based on idTech, most of it has been redone … In the case of Prey we’re using the CryEngine, so it’s an engine that has already shipped things before . [..]his time we’re paying more attention for sure.

Mass Effect: Andromeda is not coming to the Switch yet

In short news that might put an end to perhaps one or two dreams; it doesn’t look like Mass Effect: Andromeda is coming to Nintendo Switch. Producer Michael Gamble reports this in conversation with Stevivor, about two weeks before Nintendo will delight us from Tokyo with new information about the handheld / console hybrid. Gamble says there are no plans for a Switch port, but nothing will be ruled out if that version is requested en masse. About other consoles, he reports that BioWare wants to get the most out of the better hardware of the PS4 Pro, and that there is nothing on the agenda for Project Scorpio yet.

New gameplay and the soundtrack of combat racing game GRIP

If after Rocket League or Mario Kart (or even the original Rollcage) you have a taste for weird vehicles then the latest trailer for GRIP is definitely for you. In the video is the soundtrack – six songs; Blackout, Creeper, Power Train, Cyborg and Clock Watch – of the futuristic combat racing game central, but fortunately that is accompanied by new images.

Frontwire Studio shows the planet Nak-Thi from Galaxy In Turmoil

After LucasFilm and Electronic Arts ended Frontwire Studio’s use of the Star Wars name, the developer decided to just continue with the sci-fi game Galaxy in Turmoil. While we still don’t know very much about the game and it is abundantly clear that development will take time, Frontwire is showing a new planet from the universe tonight, and it still looks good. Fire and ice, that’s what Nak-Thi is all about:

OMORI is going to be a f****d up horror game

With a childlike style. Awful …

Have a nice Tuesday – and enjoy that holiday, if you have it!