SamaGame > Games > Oculus Rift plus Touch cheaper now: You have to have these five games 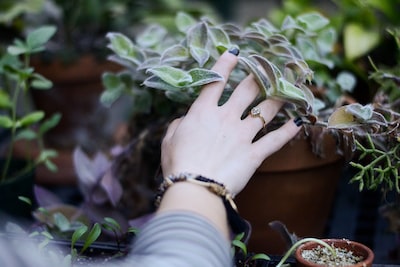 Oculus Rift plus Touch cheaper now: You have to have these five games

Oculus Rift plus Touch cheaper now: You have to have these five games

And that’s when it happened. Oculus has lowered the price of the Rift and Touch as part of a “limited time offer” to a slim 449 euros. How long that applies … we’ll see then. But to be honest, I don’t know how to put the price tag higher again afterwards. Wait. Compared to the previous 800 euros for this station wagon, this sale is definitely a saving that will allow early adopters in particular to snap their eyebrows backwards in the receding hairline. But that’s the price to pay for diving into new technology worlds before anyone else.

But what does this price cut mean? Is Facebook throwing away and these are just the first signs? Certainly not, too much investment has already been made in the technology, the knowledge and experiences gained are too valuable and the approaches for the future too promising. But it is also clear that technology still has a few hurdles to overcome if it ever wants to break out of the enthusiast and expert corner. It shouldn’t hurt to bring them back into the conversation now in a brand-effective way. In addition, the current offer should be an important test balloon to determine whether and for how many interested parties it was the money alone not to get an Oculus.

Either way, just in my close circle of friends, two people who don’t know each other have struck, a few people are definitely new to the ecosystem these days and this small overview should help them to spend the money saved north of the 449 euros on something meaningful . So here are my current favorites for Oculus Rift and Touch. Note that this selection only explicitly includes games that support Oculus Touch. A few controller favorites should not remain anonymous.

Greetings from the Old World: The best VR games without touch

The fantastic Thumper, for example, which the developers call the “Rhythm Violence” game. As a neon beetle down a spherical, never-ending highway, always towards doom. With a pounding in the ears, as if Daft Punk had turned an ironworks into a giant musical instrument on bad mushrooms. Fascinating, beautiful and absolutely terrifying on an existential level. And because at some point you no longer know where up and down is, you soon realize: This is what it must look like, Nietzsche’s abyss, which at some point returns our gaze.

Dirt Rally, on the other hand, comes to mind with much more sober ascriptions. But they still have it all: I am now firmly convinced that VR glasses make a bigger difference for this and comparable racing simulations than the best pedal / force feedback steering wheel combination that you can imagine can. A perception of depth plus an authentic sense of speed make even racing bumblebees like me podium candidates. Elite Dangerous, on the other hand, is arguably the ultimate space simulator, despite its flirtation with the eternal grind, and it is undeniable that it finds its best possible form in VR. The dream of exploring space has never seemed more real than it is here. Precisely because everything is the right size in virtual reality, this game is predestined for people to stick their heads deep into it. There are a couple of other nice candidates that are definitely worth their money, like the Micro-Machines-like BlazeRush or Chronos, the mysterious mix of Zelda and Dark Souls, but that would go beyond the scope of this article.

And at this point perhaps a quick mention of the free and priceless Google Earth VR, which you should definitely experience.

The best for touch: Our favorites for Oculus Touch

Epics VR test balloon is arguably the best shooting gallery on the market makes everyone else forget the all too convenient and a bit caustic “here-haste-ne-gun, -ey” bores that are so transparent and unimaginative on Steam and in the Oculus Store Hold out your hand. This has the production values, style, and sense of humor that set a passable game apart from an excellent one. It is extremely intense fun for a surprisingly long time. You only need one thing of this kind – this one. All the better that Touch buyers get it for free.

I’ll tell you right away: To the Top is not exactly nice, but it is one of the most complete, full-fledged games for touch (by the way, Vive users hit it here on Steam equally). “Always up” is the unsurprising motto. Developer Electric Hat has come up with one of the more interesting locomotion systems for this. Everything runs through a combination of grasping and looking. You’re not the first to think of this – The Climb in its touch incarnation did a great job – but it’s by far the most dynamic with them. Grasp, jump, slide and control your fall in the air by looking at it. After a while you literally fly up the climbing structures like a superhero; and not only when you have the Iron Man-like hand jets available. In a total of 30 levels you can let off steam – and the word is really appropriate here – while the VR glasses with their excellent impression of height allow a good dose of danger to play along.

Ubisoft remains loyal to VR. Bridge Crew is not exactly cheap – 49.99 euros – but it is also quite extensive and one of the best examples of asymmetrical co-op. Probably the best Star Trek game ever is a beautiful example of how virtual reality transforms the way people play together in video games. It is – and this must be praised as well as restrictive – a game about communication. Everyone posts a post on the same Starfleet spaceship, and nothing works here without making voice contact with the others. It is predestined to play it with friends or at least to invite you to shed your shyness when playing with strangers. Bridge Crew is simply not made for those who don’t like that. The game can’t help it, it takes almost everything out of the concept of finally sitting at the control consoles of a ship like the Enterprise.

And another one of the sociable kind. The same applies here: You should bring a friend with an Oculus and your own sports bar or a certain sociability. The game started as Pool Nation VR and earned a gold award from me in the test. Since then, the bar, in which the pool table is located, has been massively expanded. Air hockey, for example, includes rampball, shuffleboard, chess, checkers and darts, as well as all the jokes that you do with bar stools, jukeboxes and beer bottles when no real-world consequences are to be feared. And yes – it is still the best billiards simulation of all time and not too far from the real experience, only that a pool table is significantly more expensive than a game PC and Rift.

I know I said Robo Recall was the only VR shooting gallery you need. Superhot VR (test), however, is so much more. In fact, it’s a shame that in its brevity it doesn’t tell the same story as the original game. Because in a way this is the way you should have experienced Superhot from the start. It is hard to imagine what a brainwashing this story of the blurring of game and reality in VR would have been. It is possible that the developers had a little respect for that.

How about you: If you are tempted by the drastically reduced price, do you already see VR as a failure (at this point the not unimportant question whether you have already tried VR?) Or are you interested, keep the technology but would you rather keep an eye on their future development path until the devices are more mature? Let us know in the comments.