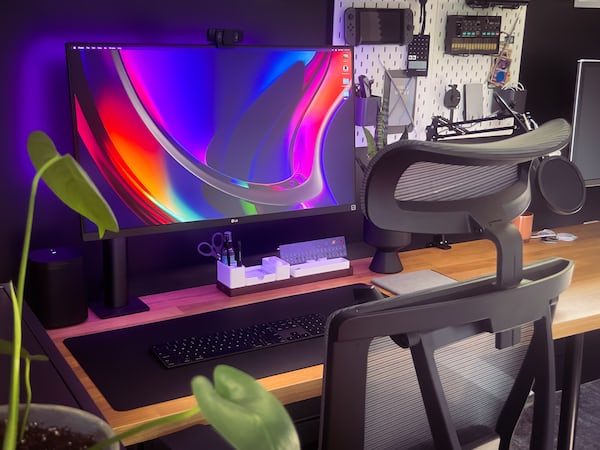 Back in the days of good old arcades, video games would only come to an end due to hardware limitations, such as RAM or computing limitations. But today, as video games have become powerful machines and PC hardware is more affordable than ever, more and more open-ended games are being developed, allowing players to spend hours and hours playing the same game without getting tired of it.

From sandboxes to open worlds, open-ended games offer never-ending adventures through non-linear storylines, giving players a whole new world of possibilities within a single title. For this article, we picked some of the best open-ended games recently released, some upcoming adventures, and a few honorable mentions as well.

We start this article with a couple of honorable mentions, open-ended games that have been around for some time now, but are still played today and are regarded as some of the best video games in history.

When open-ended games are the subject, it’s impossible not to talk about Skyrim. Developed and published by Bethesda, The Elder Scrolls V: Skyrim was released almost ten years ago, in November 2011. However, this game features a huge, expansive open-world with an open-ended format that has kept gamers playing this title until this very day. Even though the game’s main story does have an end, there are a huge number of side missions that can last hundreds of hours. Besides, three expansions were released – Dawnguard, Hearthfire and Dragonborn – that add several hours of gameplay, with new missions, side quests, and locations.

The other honorable mention here is Grand Theft Auto V. Released by Rockstar almost eight years ago, GTA V is still played by millions of players around the world, and the developer keeps publishing new content and expansions to the game. The game’s main story also has an end, but there’s so much to do in the huge map of Los Santos County, which makes this one of the best open-ended games ever. And if you like multiplayer, GTA Online offers even more hours of gameplay, even though the Xbox 360 and PlayStation 3 servers were recently shut down by Rockstar.

Open-ended games are currently one of the hottest trends in the gaming world, and many developers are focusing on these adventures to increase replay value and keep players engaged in the game. And in these past few months, many new titles with almost endless gameplays were released.

That’s the case of Animal Crossing: New Horizons, developed and published by Nintendo for the Nintendo Switch. The game was released during the COVID-19 outbreak, and with players spending more time at home, it became an instant success, selling more than 32 million copies worldwide and breaking the console game record for most digital copies sold in a single month. Since it’s a life simulation game played in real time, in which players must develop a deserted island into a thriving land, Animal Crossing: New Horizons features a non-linear gameplay that allows them to play the game as they choose.

Another title recently released, Biomutant is an open-world action RPG with branching storylines, in which players’ decisions affect how the story continues, thus giving the game an amazing replay value, since players can replay the game several times to see the different possible endings. The game was developed by Experiment 101 and released by THQ Nordic in May for Windows and home consoles.

But the fun doesn’t stop with the previous titles, as 2021 is a promising year in the video game world, with many awesome new games being released, following several postponements due to the COVID-19 pandemic.

One of the most exciting open-ended games scheduled to be released this year, The Sandbox is an open-world adventure game based on the Ethereum blockchain, in which players can design and build interactive worlds, create multiple adventures and games, and join each other’s levels while monetizing any content created with the game’s own cryptocurrency. Just like Minecraft, The Sandbox features an almost endless revolving metaverse, allowing players to enjoy it in a multitude of gameplays.

Finally, one of the most awaited games in recent months, the sequel to The Legend of Zelda: Breath of the Wild is expected to be released in early 2022. With an action-adventure focus, the previous title raised the bar for open-world games, featuring a non-linear storyline, and a huge map with an abundance of quests, dungeons and side missions. The sequel will take place in the same world, with new story and gameplay elements, and according to Eiji Aonuma, the series producer, “the setting for the adventure has been expanded to include the skies above Hyrule.”