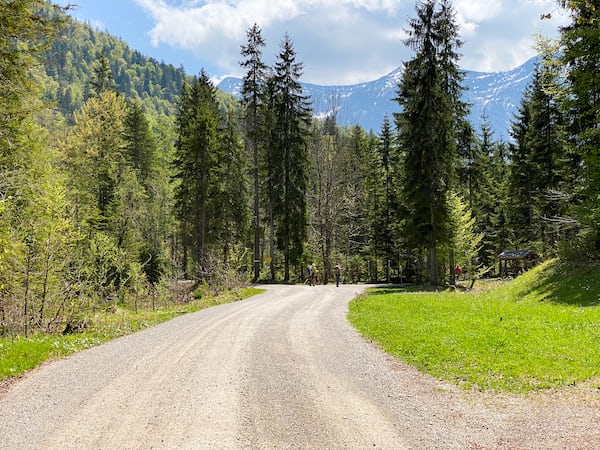 Assassin’s Creed Unity was perhaps too technologically ambitious. Ubisoft has increased virtually all elements of the previous generation engine, with huge gains in the detail of the environments (and in the interiors of the buildings), the number of NPCs has gone to the hundreds and a top rendering engine with sensational lighting. Play Unity today on a top PC and you will be amazed by its beauty. Unfortunately, on consoles, it’s not so attractive, affected by a shifting frame-rate that is mysteriously worse on PlayStation 4 than on Xbox One. Along with the bug epidemic at launch and Ubisoft’s challenge with Assassin’s Creed: Syndicate was clear . The new game has to be solid, with good performance and a minimum of errors or bugs. Ubisoft simply cannot afford to have another Unity.

It is soon apparent in the long introductory mission that Ubisoft has made few fundamental improvements to the rendering technology in Syndicate. We have the same AnvilNext engine and the same basic Unity commitments – specifically, the same use of internal resolution conversion, both console versions run at 900p just like Unity. Seriously, there is the argument that Ubisoft opted for better performance this year by reducing the ambition seen in Unity.

Online multiplayer modes have disappeared – the co-op seen last year has been dropped. As Syndicate presents a pair of twins as protagonists, each with their own strengths and weaknesses, it is not difficult to imagine that the cooperative may even have crossed the minds of the programmers at some point. Another major innovation for Unity – the prevalence of interiors – has been reduced but not removed. Side mission markers to clear the Templar influence and collectable pubs have interiors, while sights like the Palace of Westminster are also explorable.

The number of NPCs has also been reduced compared to Unity’s raging crowds and may not quite represent the 3.2 million population that made Victorian London one of the most populous cities in the world around 1860. However, aesthetically, the streets are not they look as naked as in the game’s revelation and the inclusion of vehicles fills the streets well. The inclusion of horse-drawn carriages shows some innovation at the technical level and it is also good to see the dynamic time of day returning.

So the question is, has Ubisoft got the balance right? As in Unity, the studio is looking for a fixed 30fps but now manages to reach the target with better quality. Unity on the consoles, even after several updates, had several problems, going to 20fps or less. Interestingly, it was the PS4 version that most disappointed, easily beaten by version One, despite the intensive cutscenes for the GPU showing the Sony console at the front. Both consoles disappointed: gameplay sustained at sub-30fps is not convincing.

Assassin’s Creed Syndicate shows genuine improvements here. In Unity, we could see long periods when 30fps were far away. The successor shows great improvements on both consoles but it is clear that PS4 leads. We have two videos that show the difference in performance, focusing on the cutscenes that use the engine and gameplay. In the first, the GPU load is much higher than during gameplay and One’s less capable graphics has more problems handling the load, suffering from sustained drops in performance in some areas, dropping below 30fps while the PS4 holds on. In areas where PS4 loses frames, One drops even further.

The cutscene performance is interesting because it shows us how each console handles very similar loads but is often not indicative of the gaming experience. The performance advantage seen in Unity on Xbox One disappears and it is now PS4 that offers the smoothest gaming experience. Navigating environments quickly can affect performance on both systems but here the Xbox drops to a high 20s while the PS4 fixes better at 30fps – and when the Sony console drops to 27fps, the Xbox One is a couple of fps lower.

Something that hasn’t changed since Unity has been the visual features. We are still examining the two versions but initial impressions suggest that once again AnvilNext offers an equal visual experience from 900p resolution to effects, anti-aliasing and texture filtering.

In terms of stability, Ubisoft has also improved things on Syndicate and as a result, Unity’s various problems, bugs and general strangeness have been greatly reduced. This does not mean that it is completely unpunished – in an area, we pass through the scenery and get stuck in the water, requiring a restart. The characters disappeared in a cutscene – an unwanted curiosity that does not spoil the game. Several analysts who played it more than us indicate a more solid experience than Unity, without serious problems presented. It is not ideal but more within the standards of an Assassin’s Creed game as opposed to last night’s nightmare.

Overall, Syndicate is a very positive step in the right direction. The stability is not perfect but there is no longer the feeling that bugs, glitches and strangeness interfere with the experience. The performance lacks Assassin’s Creed 4: Black Flag’s solid frame ratios but is good enough – especially on PS4. We are reaping the benefits of an engine planned for today’s consoles as opposed to the slightly improved technology found in Black Flag. Conceptually and technologically, Unity’s ambition may have disappeared, but Ubisoft got the gameplay and stability right. Combine that with the most iconic location in the series to date and we would say that given the brutal time constraints on the production of these games, Ubisoft has done a great job and it looks like the series has risen again.