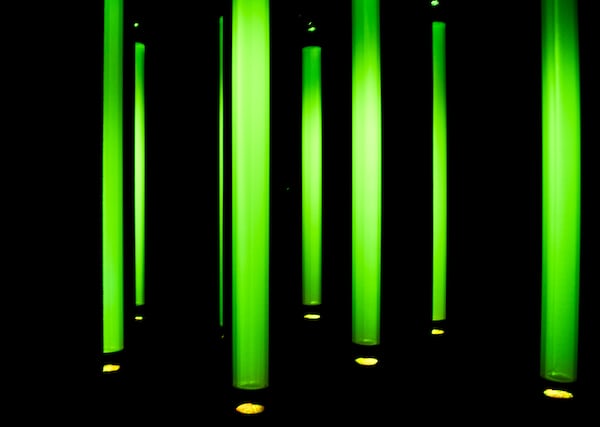 At that time, just over a year ago, Apple’s App Store for iOS devices had over 900,000 games, making it one of the smartphone and tablet app stores with the largest catalog of titles. Although many of them are simple and do not have a greater mystery, there are more and more interesting proposals with an elaborate plot.

When playing on a smartphone or tablet, we usually use touchscreen controls, but also you can use a remote control to enhance the experience and be more comfortable. Not all games from the Apple Store or Apple Arcade, a service we’ll talk about a bit later, are compatible with remotes, but the list grows over time and it’s worth having one. if we spend many hours in front of the iPhone or iPad Reading.

In this buying guide we are going to comment some of the best controls which can be used to play on iPhone, iPad, Apple TV (even Mac). Each of them has unique features and design, so the choice of one or the other depends on the tastes and needs of the user.

Apple Arcade: what is it and recommended games

The first time we officially heard about Apple Arcade was at the end of March 2019 with an event where the company also announced other new services such as Apple TV + or Apple News +, but was not available until mid-September of the same year.

It is a subscription video game platform in which there is a catalog with over 100 games that can be viewed without limits after paying fees of 4.99 euros per month. The service is accessible both from iPhone, iPad, Apple TV or Mac via a dedicated tab in the App Store (« Arcade »), and once the player knows which one he wishes to download on his device, no game in streaming like PS Now is more like Microsoft’s Game Pass.

One of the details that Apple Arcade drew attention to in its announcement and subsequent launch is the games. no advertising of any kind or purchase in the app, so there are no interruptions and it is not necessary to invest money to advance more quickly in the titles. In addition, if the Family option is enabled, there is access for up to six family members. Also, many of them are platform exclusive, so we won’t be able to find them on Google Play or other stores.

Each game has its own map, accessible before download, with all kinds of information, such as recommended age, gender, number of players, in the languages ​​in which it is available and the size of the game. Regarding compatibility, they are not demanding in terms of device version, but rather system version. How Apple Arcade is available since iOS 13 you must have this update installedAlthough the performance of the title may be better or worse depending on its age.

One of the most important details he also mentions is that of if compatible with the remote control. However, it is not mentioned in all titles, and some are not. In fact, it is possible that in some you can navigate through the menu using a joystick, but when the game starts, the use of touch controls is required. The ones we put below can be played with a controller:

Oceanhorn 2: Knights of the Lost Kingdom

As a prequel to Oceanhorn: Monster of the Unexplored Seas (a thousand years ago), this title recalls THE Legend of Zelda This will take us on a magical journey through the world of Gaia to finish off the wizard Mesmeroth, who has returned with a relentless army.

If you want turn-based strategy, Spaceland is a game you should take a look at. You have just landed on a lost planet and you will have to face mutants as well as a team of reckless fighters to solve the mysteries of the planet.

Side-scrolling platforms still have their place in the gaming world, and an example of that is this SpongeBob game called Cangrebuger hunt, where the world’s most famous yellow sponge is to save his friends from Plankton’s henchmen and get the hamburger recipe crunchy crustacean.

Nintendo set a precedent with the Super Smash Bros saga, and the developers have released their own titles inspired by it, like LEGO with LEGO Brawls. You must fight frantically battles up to 10 players and create your own heroic figure with unique abilities.

Beyond a sky of steel

Sequel to the acclaimed 1994 track Under the steel sky, in Beyond a sky of steel we are Robert Foster, and we are investigating the abduction of a child after a brutal attack. In this quest, we arrived in Union City, one of the few remaining mega-cities in a world devastated by devastating wars and political collapse.

This remote control (82.53 euros) was designed for iPhone, compatible with models from 4.7 « to 6.5 ». It connects to the smartphone via the integrated Lightning port, and has all the buttons we can need (two joysticks, crosshead, X, Y, A, B, R1, R2, L1, L2 …) has a socket audio to connect headphones and additional Lightning connector for charging. It has versions for iPad mini and iPad 10.5 ”.

If we’re looking for a controller that’s compatible with iOS and Apple TV and Mac, one of the best options is the SteelSeries Nimbus + ($ 79.99). It’s MFi and its ergonomic design, its sensitive buttons, rechargeable battery for up to 50 hours of play and Bluetooth connectivity make this remote control a very complete option.

The new version of the remote control for iPhone (56.08 euros) offers a Improved D-pad It allows eight directions and the ability to recharge the iPhone battery while playing through the MFi Lightning port. Thanks to its direct connection (without Bluetooth), there is no delay or latency of any kind, nor need for batteries.

Apple has taken a big step forward by adding compatibility for the controls of the main video game consoles on iOS, Apple TV, and Mac devices, such as the Sony DualShock 4 V2 from PS4. It’s precise, ergonomic and if you have the latest Sony game console you don’t need to buy a new one, but if you don’t have it and want it, you can get it for $ 59. , 90 euros.

We ended up with the Xbox wireless controller (54.99 euros), considered by many players to be the most comfortable and ergonomic. It has a raised surface to improve grip. Its Bluetooth connectivity allows it to be compatible with both iPhone, iPad or Apple TV, and it has twice the range of previous versions and triggers vibrations. Be very careful with Xbox One’s first remittance controls as they aren’t useful for not having Bluetooth.