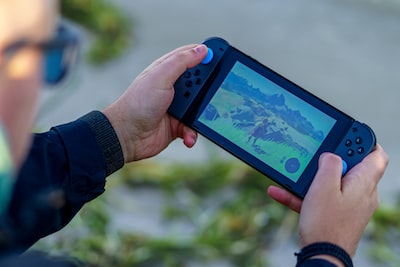 When you start an adventure on Pokémon Go, the first steps to follow are to create a Trainer, choose a username, and then choose one of the three Pokémon offered by Professor Willow.

Ignore these three Pokémon until you find a Pikachu.

The three Pokémon that Professor Willow offers are Charmander, Squirtle and Bulbasaur, the same Pokémon that were made available by Professor Oak in Pokémon Red and Blue.

However, in a kind of tribute to Pokémon Yellow and Anime fans, it is possible to start playing this game with a Pikachu.

Although this Pokémon can be found in other locations, or incubated in an egg, this is a good trick if you want to start playing with this little yellow creature right away.

How to start playing Pokémon Go with Pikachu

When you start a new game, and are offered one of the three Starter Pokémon, don’t click on any of them. Just ignore them and start walking until they appear farther and farther on your map. That is, you will have to start playing your game away from home, as you have to walk a little!

If you do this several times (3 or 4 attempts should be enough), when the initial three Pokémon appear next to you, they will not be alone, as Pikachu will join them !.

If you want to see this method in a video, you can see here how it works:

How to find Pikachu and other Starter Pokémon in the wild

Regardless of which Pokémon you choose as your starting Pokémon, you’ll be able to catch all the other Starters during your journeys. Although Starters are rare Pokémon, it is worth looking for these creatures, as their evolutions are among the Pokémon with the highest Attack, Defense, HP and Stamina! In addition, Pikachu also has a Pokémon Go Medal, so it’s worth catching this little creature.

Catching these Pokémon doesn’t have any special tricks, so make sure you know where the Pokémon spawn, biomes, and how to use the radar, in order to increase the chances of success. In addition, they can also be incubated in eggs, so keep walking until you get one!

Eventually, when you have captured several Starters, you will be able to evolve them and finally get your favorite evolutions!

Want more help with Pokémon Go? Learn more with our Tricks, tips, guide, advice and codes, with Tips from those who caught them all and also consult our guide on the Gym updates and new changes. In addition, we also have new information about the new Legendary and Rare Pokémon. If you haven’t seen it yet, we also have the latest news about Raid Battles, how to catch Baby Pokémon, including the Tyrogue, as well as the brand new Badges, and how Berries work. If you have difficulty evolving your Eevee, knowing where the Pokémon go and what biomes exist, you can also read our guides to clear up all your doubts. Lastly, if you have difficulty catching PokéCoins, Candy, Shiny Pokémon, or gaining a lot of XP, we also have several guides!

How To, Pokémon, Pokemon Go