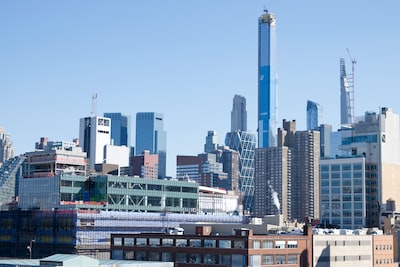 Pokémon GO: Pikachu with party hat – when the special Pikachu will appear to celebrate Pokémon day

Pokémon GO: Pikachu with party hat – when the special Pikachu will appear to celebrate Pokémon day

As if February wasn’t already quite an exciting month for Pokémon GO fans, we can expect the Special Pikachu with party hat to celebrate Pokémon Day on February 27.

This new variant of Pikachu comes a couple of months after Pikachu in Santa’s hat, and just like the promotional Surfing Pikachu that appeared in the main games, it won’t be around forever. Here are the details of when it will start to appear, and other things we can expect.

Pikachu with a party hat in Pokémon GO – when does it start?

The Pikachu with the party hat will appear to celebrate Pokémon Day on February 27, but as with any good birthday, the celebrations are going to extend a bit longer.

We can expect to see this special Pikachu from next February 26 at 10pm until March 6 at 10pm local time.

Although the Pikachu with a Santa Claus hat also extended its appearance a bit, we recommend that you get this as soon as you can.

What do we know about Pikachu with a party hat in Pokémon GO?

Beyond the dates that you mentioned above and the fact that all the wild Pikachu will appear wearing the hat, Niantic has not offered more details. However, taking into account that the party hat will work in the same way as the Santa Claus hat that was in December, we can assume the following:

This was the Pikachu with a Santa Claus hat that appeared in December.

Pokémon GO guide, tips and tricks
The best secrets to be a star coach.

:: How to complete all Fortnite challenges

Pokémon GO – New Pokémon of the second generation of the Johto region in Gold and Silver and how to get them
A list of the 80+ creatures that arrive in Gold, Silver and Crystal as part of the February update of Pokémon GO.

Pokémon GO: Eevee Evolutions – How to evolve Eevee into Umbreon, Espeon, Vaporeon, Jolteon and Flareon with new names
A reference to the TV series allows you to choose how Eevee evolves, including the second generation!

Pokémon GO – How to order new gyms and poképaradas
Tired of living isolated from the world without poképaradas or gyms nearby? There’s a solution.

Pokémon GO – How to Find Nearby Pokémon and Catch Them Easily
Learn to locate creatures and the best way to capture them.

Pokémon GO – Everything we know about Pokémon Go Plus
What is it and how can you get one?

Pokémon GO – Team Courage, Instinct and Wisdom, which is the best?
Is there any advantage to join one team and not another?

Pokémon Go – Rewards for leveling up and how to unlock Potions, Revive, Superballs and Ultraballs
All the items and rewards that you unlock for earning experience points.

Pokémon GO – How to capture Tauros, Kangaskhan, Mr. Mime, and Farfetch’d
Everything we know about the exclusive Pokémon of each region.

Pokémon GO – How to catch the rarest Pokémon
Which Pokémon is more elusive: Abra, Charmander, or Dratini?

Pokémon GO – How to catch Pokémon with throws Good, Cool, Excellent
We tell you the most effective way to catch your creatures.

Pokémon GO – Halloween Event: Get more candy and which Pokémon appear most often
Catch the most terrifying Pokémon and get many more candies.

That’s all we know about Pikachu in a party hat. The event comes days after Valentine’s Day and the huge update with Johto’s second-generation Pokémon, so there’s content to keep us entertained for a few more weeks.