SamaGame > How To > Pokémon Go Shinies – how to catch Magikarp Shiny, Red Gyarados, Pikachu Shiny and how Pokémon Shiny work 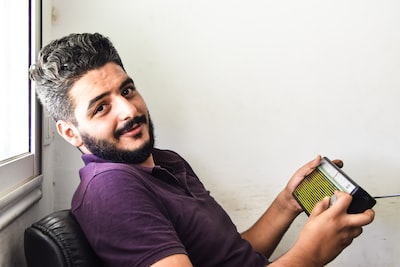 In March 2017, the Pokémon Shiny, introducing a Golden Magikarp and its evolution, a Red Gyarados!

Pokémon Shiny are very rare creatures, and veterans of the Pokémon saga know this well. Therefore, how can we catch them?

Later on we will answer this question and address many other important aspects, such as how to catch Pokémon Shiny and how Pokémon Shiny work.

How to get Magikarp Shiny, Gyarados Shiny and which Shinies are available in Pokémon Go?

Right now, the only Pokémon Shiny that are available on Pokémon Go are Magikarp and Gyarados. The introduction of these Pokémon, especially the red Gyarados, is a tribute to the players who found a red Gyarados in Pokémon Gold, Silver and Crystal, being very likely the first Pokémon Shiny they caught in their entire life.

To find these Pokémon you must continue to collect Pokémon until you finally find a creature with an alternate color palette.

You can see in the image on the right side the comparison between the normal version and the shiny version of Magikarp, courtesy of skinnysnorlaz, a user of the Silph Road community. In addition, you can also see Magikarp Shiny evolving into a red Gyarados:

Pikachu Shiny and other shinies in Pokémon Go

About 5 months after the Magikarp Shiny was first found, the Pokémon Go Park event revealed more shinie Pokémon in Japan. This event allowed multiple players to capture a Pikachu Shiny, which evolves into a Raichu Shiny.

Wild shiny Pikachu has been found spawning at The Pokemon Company’s “Pikachu Outbreak” event in Yokohama! No word yet on worldwide release! pic.twitter.com/d3dqoutCPf

Right after this Japanese event ended, Pikachu Shiny was made available to players from all regions, so you can also catch a Pikachu Shiny. Excluding this, there is no other indication of when more shiny creatures will be added. The original Pokémon series had a shiny version of each of the creatures, so Niantic is likely to add more of these Pokémon in the future. But considering that they are special creatures, they are more likely to be reserved for special events and occasions.

In addition to what we talked about earlier, there are other important aspects about Pokémon Shiny and the way they work:

Want more help with Pokémon Go? Learn more with our Tricks, tips, guide, advice and codes, with Tips from those who caught them all and also consult our guide on the update of the Gyms and the new changes. In addition, we also have new information about the new Legendary and Rare Pokémon. If you haven’t seen it yet, we also have the latest news about Raid Battles, how to catch Baby Pokémon, including the Tyrogue, as well as the brand new Badges, and how Berries work. If you have difficulty in evolving your Eevee, knowing where the Pokémon are spwan and what biomes exist, you can also read our guides to clear up all your doubts. Lastly, if you have difficulty catching PokéCoins, Candy, Shiny Pokémon, or gaining a lot of XP, we also have several guides!

How To, Pokémon, Pokemon Go, shiny