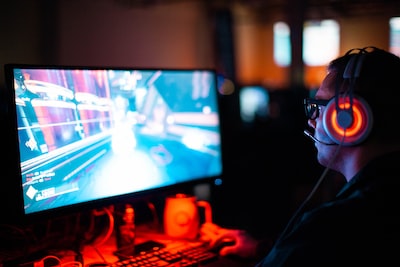 Pokémon Let’s Go Pikachu and Eevee, which for a time have been known as the Switch Pokémon For those of us who like to keep things simple, it has already been officially announced alongside another unnamed Pokémon RPG coming in 2019.

At SamaGame we have gathered all the information we have on Pokémon for Switch in all its variants, including the release date of Pokémon Let’s GO Pikachu and Eevee, a summary of what we know about the gameplay and how it differs from next year’s mysterious title.

Game Director Junichi Masuda delivered a ton of new information during the Nintendo Treehouse event at E3. We’re going to do a quick review of what’s posted below, and we’ll update it again in a few days.

The Pokémon Company describes the Let’s Go games as “pure RPG’s”, in the same way that the games in the main saga, such as Gold and Silver or Sun and Moon, are pure Pokémon RPG’s, and will go on sale on November 16, 2018 exclusively for Nintendo Switch.

Although it is an RPG like the ones in the main saga, the Let’s Go duo is not, as many people say, “a new generation”. It only includes one new Pokémon, that we know of at the time of writing, rather than the bunch of new creatures that come with each new generation.

As information on new and returning features from other Pokémon games continues to trickle in, we’ve decided to put everything we know together into one big list. As information emerges we will add new data to make it clearer.

Whatever label you want to put on it, Let’s GO games can be summed up like this: They are Pokémon RPGs developed in a new way, designed to engage a wider audience and engage a new generation of players (like the millions that have arrived to the franchise with Pokémon GO), while still being a succulent fan-service cake for longtime players.

Other Pokémon games – what’s the difference between Let’s Go Pikachu and Eevee and the 2019 Pokémon RPG?

At the Tokyo conference in May 2018, Pokémon Company International announced three new and distinct Pokémon games, a new peripheral, and the surprise release of the first Alola form for Pokémon GO.

In short, it was quite a turbulent conference. There are three new Pokémon games that have already arrived or will arrive on Switch in the future: Pokémon Quest, Pokémon Let’s GO Pikachu and Eevee (we’ll count it as one), and the “pure RPG” coming to Switch in 2019.

We have already talked about Let’s GO Pikachu and Eeevee. What about the other two?

Quest is a free-to-start Pokémon game now available on Switch, coming to Android and iOS at the end of June.

It is a simplified Pokémon experience with cube-shaped aesthetics, cooking recipes, and the mobile monetization so typical in these cases.

The Pokémon RPG for 2019 that has no name

There is very little information on this game, but we know that it will arrive in the second half of 2019 (most likely it will be late, really, considering the lore of the saga), and that “it goes in the style of Pokémon X and Y and Sun and Moon “.

That can be interpreted in many ways, but taking into account the information available we think it means it will be a more recognizable Pokémon RPG; more “hardcore” aspects like PEs and IVs (which we don’t know about for Let’s GO), battles against wild Pokémon, and so on, are likely to appear in the game.

The dates offered by The Pokémon Company during the presentation.

Taking into account that battles against wild Pokémon and new generations of Pokémon are RPG-style features that will not be in Let’s GO, it can be deduced that they are being considered for the 2019 game.

Remember, however, that this game is still a year away, and as such its mechanics and characteristics may change. If the new way of catching Pokémon like GO turns out to be a hit, there’s nothing to suggest it won’t be in the 2019 game. As we already know by now, The Pokémon Company loves a good surprise, so stay tuned! attentive!