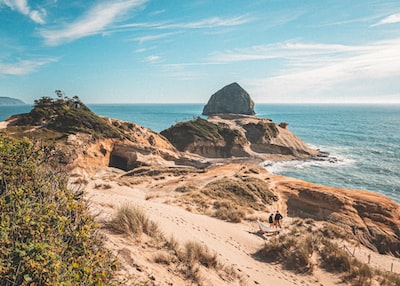 Although Pokémon Lets Go is a remake of the first generation, it was not simply taken over one-to-one, but also revised, which has brought some changes and innovations to the seventh generation.

The secret techniques in Pokémon Lets Go are such a change / innovation. They replace the VMs (Hidden Machines), which have already been replaced by an alternative mechanic in Pokémon Sun and Moon. So far there are five secret techniques that you can teach your partner Pokémon Pikachu or Eevee. To do this, you have to look for and find a specific NPC in the game world who teaches your monster the technique.

Secret techniques do not necessarily bring you advantages in combat, but they help you to explore the game world in all its facets. Once learned, your loyal companions can use the secret techniques whenever you need them. For example, your pocket monsters can move large rocks out of the way that block your path, illuminate the path in dark caves or fly you to places you already know.

On this page we have summarized all the secret techniques in Pokémon Let’s Go for you. We tell you which ability your monster can learn, what effect the same where you can find the respective trainer for it in the game world.

By the way: Learning one or all of the secret techniques does not use up any of the four slots for attacks from your partner Pokémon.

The secret technique “split cut” replaces the VM “chopper” in Pokémon Let’s Go and therefore works the same way. In other words: If you teach your companion to split, he will be able to chop up bushes and small trees (like the one in front of the entrance to the arena in Orania City) outside of combat. This allows you to clear blocked paths to discover new areas or find hidden objects.

Your Pokémon will be taught the rift cut by the captain of the MS Anne. You can find the ship in the port of Orania City, but you won’t get far without a ticket. You will in turn receive the required ticket from Bill as a reward, if you help him back to his human form beforehand. You can find Bill at his house north of Azuria City.

If you have the ticket in your pocket, enter the MS Anne and climb the stairs. A fight against a rival awaits you upstairs. If you have defeated the same, you will be allowed into the office of the seasick captain. Cure him of his ailment and he will teach your Pikachu / Eevee the rift cut as a thank you.

The secret technique “flood of light” replaces the VM “lightning” in Pokémon Let’s Go and illuminates dark caves and rooms outside of combat so that you can find your way better.

To teach your Pokémon Flood of Light, you have to speak to Professor Oak’s assistant. You can find him in the professor’s house on Route 2 after you’ve made your way through the Digda Tunnel, but before Orania City.

Secret technique: learning to ride in the sky (flying)

The secret technique “Himmelsritt” replaces the VM “Flying” in Pokémon Let’s Go, but works identically. If you use Sky Ride outside of combat, your partner will immediately transport you to any city or village that you have already discovered.

To learn the sky ride, you must first track down and defeat Team Rocket’s boss, Giovanni, in his secret headquarters. You can access the headquarters in the Prismania City arcade. To the right of the checkout counter is a Rocket Rüpel team, but they’ll move if you speak to them. You can then interact with the poster on the wall that the bully has blocked, after which a hidden staircase becomes accessible that leads into the underground of the secret base.

After you have defeated Team Rocket and left the arcade, a man stands in front of the building with a strange flying machine (balloons on a seat). Woodpecker with the guy and he’ll teach your Pikachu or Eevee how to ride into heaven.

The secret technology “wave spurt” replaces two things in Pokémon Let’s Go: On the one hand the VM “surfing”, and in a roundabout way also the fishing rod (you can find out more about this on the page Pokémon Lets Go: Why there is no fishing rod. Wave spurt makes it possible use a surfboard or a rideable Water Pokémon such as Lapras to move across watery terrain, allowing you to discover new areas or access otherwise inaccessible / hidden objects.

The secret technique of surfing is appropriately taught to you by a surfer who stands northwest of Fuchsania City. Just look for the little pond in front of the GO Park where a lapras is swimming. The surfer is right next to it. Talk to him and he will teach your pocket monster the wave spurt. On top of that, you will receive a surfboard from him, which you will need for traveling across the water.

The secret technique “Impact” is the counterpart to the VM “Strength” in Pokémon Let’s Go. Outside of combat, your Pokémon can use it to move boulders that block your path. This also allows you to reach new areas or hidden objects.

The director in Fuchsania City will teach your Pokémon the Blast after you’ve obtained the Golden Teeth. You will get the same from Jassie and James (Team Rocket), who you will meet down at the booth on the southern edge of Fuchsania City (you don’t have to fight here, just talk to the two cardboard noses). By the way, you not only get the secret technology from the director, but also the safari set.

You can find more tips and guides about the game here