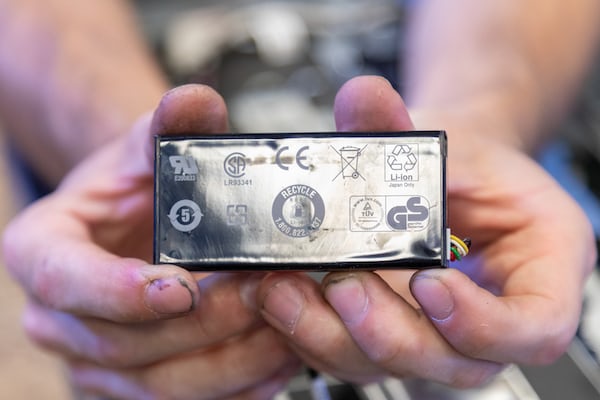 Collecting new Pokémon works in Pokémon Mystery Dungeon: Rescue Team DX different from what you know from the main games.

Since you are playing a Pokémon here, you are accordingly not a trainer and you do not have any Poké Balls to throw at the Pokémon.

Rather, this is about the fight, but how exactly does it work and what should be considered? And what are the chances of making new friends? Read more about it here.

When can I start making friends with Pokémon in Pokémon Mystery Dungeon: Rescue Team DX?

This is possible from the moment you make the first Rescue team camps from Knuddeluff at the camp kiosk. If you then break into the dungeons, it is possible that Pokémon want to join you after a fight.

What are the requirements to get Pokémon as friends in Pokémon Mystery Dungeon: Rescue Team DX?

This sounds pretty simple in theory, but don’t expect a Pokémon to want to join you after every battle in Pokémon Mystery Dungeon: Rescue Team DX.

Basically there are a few rules for this so that the chance there is a Pokémon on your side:

Since you can only unlock other rescue team camps for cash in the course of the game, there are gradually more opportunities to add individual Pokémon to your team.

In the dungeons you collect Pokémon that you can take home with you later if you have the right camps.

The most important thing here is that the leader must execute the last blow. What is not always easy, another team member often gets in the way and knocks out the Pokémon before you have the chance. Therefore, try to position yourself strategically before the fight so that you can carry out the attacks on your own if possible. Or later in the game you go into the dungeons alone, if you are strong enough.

At the same time, you need space in your current team that is in the dungeon. You can’t line Pokémon like you want on a string. Legendary Pokémon and the highest levels of development require more space, and you can have up to six more of the smaller, normal Pokémon with you. They help you in battle, but can also be put out of action and then – if you cannot revive them – get lost.

You can also take Pokémon with you if you don’t have a Rescue Team Camp for them yet. If you leave the dungeon, they disappear, but leave you a little money for the excursion. This applies to every Pokémon that you send away after leaving the dungeon.

Some legendary Pokémon also bring their rescue team camp with them if you defeat them and win them as a friend – you cannot buy them beforehand.

When can I start making friends with Pokémon in Pokémon Mystery Dungeon: Rescue Team DX?

How well you manage to recruit other Pokémon as friends for your rescue team also depends on various factors, and depending on these, it becomes easier as the game progresses.

The following things affect your chances of winning a Pokémon:

That is a lot and for the most part can be influenced.

Due to the level of the leader, the chance increases in percentage depending on the rank:

With harmony there is also a talent that will help you recruit Pokémon. It is described as follows: “The more Pokémon as team members explore the dungeon, the more often opposing Pokémon want to join the team.”

What are my chances of recruiting Legendary Pokémon in Pokémon Mystery Dungeon: Rescue Team DX?

Most Pokémon have a Friend Score between 5 and 15 percent, but this mainly applies to your ordinary Pokémon.

An area full of rescue camps.

Some Pokémon that are the highest evolutions – Dragoran, for example – can only be obtained by evolving Pokémon.

With some legendary and mysterious Pokémon, the catch chance is even in the negative range, so you need high levels and items to compensate for this.

Back to the home page and to the solution for the main story: