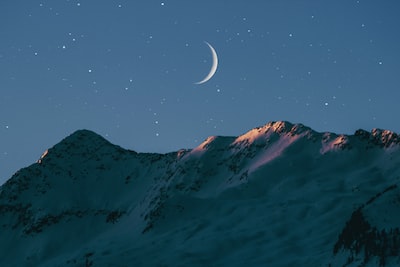 Pokémon Sun and Moon – how to unlock Ash Greninja

Pokémon Sun and Moon – how to unlock Ash Greninja

There Special Demo of Pokémon Sun & Moon has been available on eShop 3DS for free since last month. Waiting for the launch of the full games, scheduled for November 23, it will allow you to get an idea of ​​the gameplay and some new features, such as the Z-Moves, the Tour of the Islands, the shots with the Pokémon Snap-style camera, and much other. But that is not all. By playing the demo you will also have the opportunity to unlock tempting bonuses in the two full games when you purchase them.

The demo will allow you to try your hand at one of the island trials. Once you have completed the test, you will unlock Ash-Greninja, a special version of Pokémon similar to that of the anime and otherwise not catchable in Sun and Moon. It will be possible to carry this into full games along with other optional bonuses. The latter will be obtainable by carrying out particular actions that we will illustrate on this page.

– In this page: Pokémon Sun & Moon – how to unlock Ash Greninja

Other pages of the Pokémon Sun & Moon guide:

– Pokémon Sun and Moon – the guide and the best tricks

– Pokémon Sun and Moon – QR Codes for all pokémon in Alola

– Pokémon Sun and Moon – how to make money quickly

– Pokémon Sun and Moon – how to evolve all new Alola pokémon

– Pokémon Sun and Moon – where to find all the Evolutionary Stones

Pokémon Sun & Moon: how to unlock Ash Greninja by playing the demo

To unlock Ash-Greninja in the full game, you’ll need to complete the story mode featured in the demo. We will guide you step by step to complete this goal.

After the cut-scene where your Ash-Greninja is handed to you, leave the Town Hall and fight Team Skull’s henchmen outside (your high-level Greninja should have no problem wiping out the opposing Yungoos).

Once you get to the Hill, make your way fighting with the trainers and the pokémon that will attack you in the tall grass towards the cave to the north. There you will find the professor, who will instruct you to find four pokémon and take pictures with the Pokévisor.

To take a photo, head to where the Pokémon is hiding and investigate. Once you are in the right place, an audible indicator will give you confirmation and on the mini-map of the lower screen you will be instructed to press the “R” key to activate the viewer. Frame by moving the console or the circle pad (if you have it in your console), and take a photo with the R or A button. If you take a good photo, the battle with the pokémon will begin.

Here’s where to find the four pokémon:

Although you have Kukui’s Pikachu, it will be worth using Greninja’s Air Ace and Night Slash attacks to be effective against the two opposing monsters. In the battle with the dominant pokémon Rockfluf will also appear, use the Water Blade attack to quickly wipe it out.

To unlock Ash-Greninja, you must defeat Team Skull officer Plumeria.

Once the battle is over, you will receive the Z Ring and ‘Electirum Z’ Z Crystal for Pickachu as a reward.

After that, you’ll have to fight Team Skull Officer Plumeria in a final battle. The right opportunity to show off the flaming Z-Move and wipe out his pokémon. The demo campaign is now over.

When the trial is over, you can continue playing the demo and continue exploring Hau’oli City and Diecicarati Hill. You can accumulate other items to transfer into the full game and access new areas thanks to Tauros’ ability.

Here are the secrets we’ve discovered so far:

In Hau’oli City, there are many people you can interact with on specific days to get exclusive rewards. For example some NPCs ask us to come back to them in 5 days or in 12 days. It is important to clarify that the account starts from the first time you play the demo. So it doesn’t matter if you downloaded the demo on October 18th or November 5th. It counts when you play for the first time. And you can continue to send items even if you have already started the full game. With that clarified, here’s when and where to talk to the right NPCs, and the rewards you can get: / p>

If you have trouble meeting people on the right days, or have missed a few encounters, it will be worth starting over. Changing the console time and date would not work. In any case, these are objects, however precious, obtainable in the main game. The only unique import is the pokémon Greninja.

How to transfer Ash Form Greninja and other items to the full version of Pokémon Sun and Moon.

Once the main story is complete, reload the demo and head to the Pokémon Center. Here you will find Professor Kukui, who will offer you “Send to full version” options. Click this item and select what to send ..

If your 3DS / 2DS has both a cartridge and digital game, the demo transfer priority will be over the cartridge transfer.

Meet Professor Kukui inside the Pokémon Center to send unlocked items to the full game.

Greninja is very strong, and if imported to the full version it will give you a good hand in winning the first rounds of the Island Tour (although he will be reluctant to obey orders due to the very high level. Our Greninja from the demo (and imported into the full game) had the following initial characteristics:

Thanks to the deep bond that binds him to Ash, Greninja can take on the Form Ash and greatly increase its potency when the effect phenomenon occurs Tuning. It seems that this extraordinary phenomenon, made possible by the strength of the bond between humans and Pokémon, has only occurred once, several hundred years ago.

Greninja Forma Ash’s paws are further enhanced, making the Pokémon so fast in moving that it is practically invisible and invincible. The Aqualame the Pokémon creates on its back are even larger and are thrown in even faster succession.

Greninja that can take Ash Form have a previously unseen ability in any Pokémon, Morphosync, which triggers shape change after the Pokémon Knocks Out an opponent. Greninja can only assume Ash Form when pushed to overcome its limits, and at the end of the battle it regains its original form. Notably, Greninja assumes Ash Form after defeating a Pokémon in a multiple battle.

We hope this guide will be useful for you to better face the long adventure that awaits you with the complete Pokémon Sun & Moon games, games in which we will guide you to learn all the secrets and become excellent trainers!

How To, Moon, Pokémon