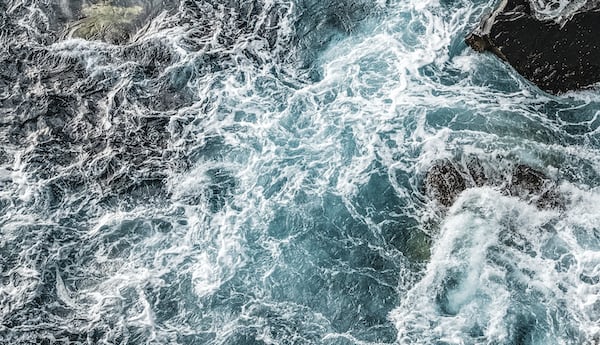 After a strong comeback 4 years ago with Two Point Hospital, a worthy successor to the cult Theme Hospital, the developers of Two Point Studios and SEGA will offer us this summer a new opus in the saga, this time devoted to studies superior.

A few weeks before its release and in order to have a first glimpse of what the title will offer us when it is released, we had the opportunity to attend a press event organized by SEGA and Two Point Studios, consisting of a online presentation followed by a trial of the game for long hours.

Our Preview of Two Point Campus

In this second preview, we were able to discover some of the more original courses such as a university centered on chivalry as well as a second focusing on magical training. But beyond this discovery, we were able to rub shoulders with the increased difficulty, or at least the requirement expected by Two Point Studios. We will not return to the mechanics of the title and the first two missions serving as a tutorial.

As part of this new hands-on, we were invited to start on the university centered on chivalrous training. Once we obtained a star, we could unlock the university focused on magical instruction – “surprisingly” called “Poule de Lard”.

But let’s come back to this first star. To obtain it, the game asks us to accomplish several objectives, one of which is to obtain (and maintain) an attractiveness level of 80%. This level of attractiveness represents the well-being and cleanliness of your university.

Not particularly caring about this point, I decided to concentrate on the two other objectives asking to have several students with an overall average of B+ minimum and to send back all the students coming from the competing university and coming to ransack our nice campus. Problem, once the first two goals were accomplished, my university campus had tripled in size and I never managed to reach 80% attractiveness, because I was stuck in a vicious circle in which the maintenance workers did not did not have enough time to clean up the damage to certain rooms (toilets, showers, etc.) while managing the damage resulting from… earthquakes.

Because environmental damage is obviously making a comeback and it can literally kill your progress. I had to restart my game to focus this time on all the points at the same time. But wanting to do everything, I had no choice but to borrow money during this game and play yo-yo with the budget and room creation requests. Once the precious first star had been obtained, I was able to discover the second campus of this preview: Poule de Lard.

Two Point once again shows us its expertise in the field of difficulty progression. Attractiveness was a first-star objective in the first campus, leading you to use the tool that indicates more or less attractive areas and, in doing so, discover the other items available. The objectives of this new university ask you to resume this same dynamic, but this time in connection with the comfort of students and professionals. It’s cold in this university, it’s up to you to place radiators or other heat sources so that the occupants feel good, but at the risk of it getting too hot… Here, there’s no star for that, just a new spoke in your wheels while you have to accomplish other objectives in parallel.

If you have several axes of reflection and action in Campus, it seems that the game is fine enough to cause domino effects that can block your path with each decision you make. Cool.

Two Point Campus promises to be a true sequel to Hospital in every way. It is visually more accomplished, seems much more fun and our experience gleaned from the studio’s previous title will be more than beneficial for Campus.

This new contact with Two Point Campus only confirmed our previous feeling. New mechanics or those revised from Hospital solidify the experience. If the game turned out to be surprising in its requirement during this preview, we will see the overall feeling with all the courses we know of, such as art, spy or archeology training. .

We will have the pleasure of discovering even more when the game is finally released, now on August 9, on PC, Mac, PlayStation, Switch and Xbox by being available “day one” in the Gamepass.

After God of War, Days Gone and Horizon Zero Dawn, another PlayStation exclusive would be on the way to PC

Journey of a game that divided the community

Renowned for its difficulty, Returnal is a rogue-like TPS that has stood out since its release. After many updates, Housemarque (which has been acquired by Sony in the meantime) adds first features such as a photo mode or the ability to create save points during a cycle.

Then nominated for the Golden Joysticks in November 2021, then awarded at the BAFTA Awards in March 2022, the game continues on its merry way and offers a big free update. Introducing new content with the Tower of Sisyphus as well as a co-op mode, the game seeks to open up to a less seasoned audience.. Since then, the game has revived player interest and even received a new difficulty balance at the beginning of the month.

Returnal: the PlayStation 5 exclusive would be on its way to the PC

If the previous generation was only a case of consoles for Sony, the Japanese firm now seems more than attracted by the game market computer. After having brought several of its most highly rated exclusives to Steam and the Epic Games Store, the manufacturer would be in place to renew the experience… With, this time, a game that has still not left the territory of the PlayStation 5. In any case, this is indicated by SteamDB, a site bringing together the latest additions to Valve‘s digital store.

So the TPS shoot’em’up Returnal from Housemarque Games could soon enjoy a release on computer.

What if Returnal ventured onto Steam?

A precision, all the same: one should not expect to see Returnal marked evening on white on SteamDB. However, it would seem that the PS5 exclusivity is present on the games to come for the dematerialized store, if we are to believe a new title added recently. It is under the code name “Oregon” that Returnal would be presented. A code name that doesn’t indicate anything specific, but the game’s tags are much more interesting. As a post on the ResetEra forum indicates, there are mentions of “TPS”, “Bullet”, “Sci-Fi”, “Rogue-lite” and “Female Protagonist”. So many elements that would bring Oregon back to Returnal.

Released in April last year, Returnal caused a stir with audiences and critics. This third-person shooter features Selene Vassos, an astronaut trapped in a time loop on the planet Atropos. She must fight her way through several environments, where each death will make her start from scratch. The concept of the game is thus very close to the tags of the game mentioned on SteamDB, leaving little room for doubt.

At least one first-party PlayStation studio exclusive has the right to a PC port in the last 3 years. First Horizon Zero Dawn in 2020, then Days Gone in 2021 and finally God of War in 2022. A lucrative decision for the brand that shouldn’t stop there.

Returnal arrives on PC: it appears in the Steam database

PlayStation seems to have big plans with Returnal. The title, exclusive since April 2021 on PS5, appears on the Steam database. The file was updated on May 26 with some data that points to the Housemarque game, such as the name of Selene’s ship (Helios) and Sisyphus’ tower, which arrived via an update in March. It is evident that the company is preparing its launch on PC although it has not officially communicated the news.

With these words, we began our analysis. In this house, it scored an 8.4 out of 10. Five months into the build, the PS5 received a new exclusive that merged various genres to trap us in its loop. “These loops, acting like cycles, are the spirit of Returnal. Each time you start the game, you restart from the starting point. A trip, a crash and a hostile world: like this over and over,” we were told.

Of course, it was “one of the big surprises” of 2021, and that is that Housemarque has created “a title with personality in every way”. We praised the use of PS5 features: “It’s earned the right to be a true next-gen game. From the clever use of DualSense capabilities to Tempest 3D audio, they combine to enhance the experience even further. It is also an example of SSD memory optimization: we can say that it does not have the traditional loading times. Transitions between worlds happen instantly: nothing takes control away from you. »