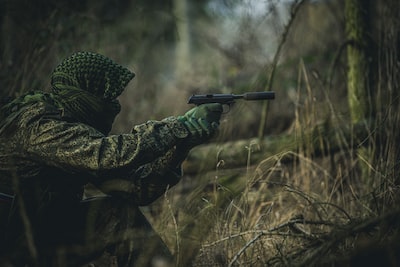 In this Night Watch we get some more info about the weapons in the new Ratchet & Clank, in collaboration with the DualSense controller features! In addition, news about Dying Light 2, Fall Doom Guys, lootboxes in FIFA Ultimate Team, Mortal Kombat 11 and Cyberpunk 2077.

Hoppa, for the Guard the first Night Watch of the year! And also this year, the Guard continues the tradition of a rumor or somewhat rancid message as the first piece of news in the Night Watch. For example, things have been messing around for months at developer Techland, who has been working on Dying Light 2 for quite some time. According to rumors, there are significant problems within the studio, which make developing Dying Light 2 very difficult.

And now there is bad news again, because Pawel Selinger, the game’s art director and main screenwriter, is quitting. After 22 years at Techland, he leaves the studio, although he doesn’t really give a clear reason for it. He wishes Techland and Dying Light 2 all the best:

After over twenty-two years, I decided to end my cooperation with Techland. I would like to express my gratitude to the company that has allowed me to develop and fulfill myself for half of my life. Techland, I will always be rooting for you, as well as the great people I have met thanks to you. I wish you that Dying Light 2 and subsequent projects will become world hits. Good bye and good luck! “

He also did not let us know whether he is now going to work for another developer. Hopefully Mr. Selinger, Techland and Dying Light 2 are all just right.

Yes dude of course, Doom outfits in Fall Guys, why the h**l not too? Available from January 12, check out the short trailer below.

Let’s talk about lootboxes again, and then in particular about FIFA Ultimate Team. In recent months there has been more and more talk about lootboxes in games and everyone seems to have a lot about them. For example, some people consider it a form of g******g, while others believe that it is all fairly harmless. What does Peter Moore think of the matter?

This is a personal view, but the concept of surprise and delight vs g******g … on a continuum, they’re a long way from each other. You buy or grind your way up to getting a gold pack, you open it up , and you’re either happy or you think it’s a crappy pack. I don’t see that as g******g, per se – but again, this is my personal view as an outsider right now. ”

Peter compares the principle to the ancient collecting of cigarette cards in 1920. That was already all the rage, as there is an element of surprise in it, where you don’t know what you’re getting. The difference with g******g, according to Mr. Moore also said that when g******g you have a great chance of getting nothing and that is not the case in FIFA Ultimate Team. He explains:

“The concept of Ultimate Team goes all the way back to collecting cigarette cards in the 1920s and ’30s. The experience of opening something and not knowing what will be inside is appealing to many. People loved it. I think that sense of uncertainty and ‘what are you going to get?’ and then bang, Ronaldo or Messi would roll out and that’s a wonderful thing. You’re always getting something, it’s not like you opened it and there’s no players in there. ”

He certainly has a point! You probably have an unvarnished opinion about this too, throw it in the comments.

Mortal Kombat fans pay attention! Mortal Kombat 11 has been out for a while and there is now a shitload of additional content available, but the modding community is still very busy with the game. For example, there are mods for other characters, weapons, skins and special mods, with which the camera can be influenced. For example, there is now a first person and third person mod available, where you can view the game from a completely different perspective. Get over here has never looked like this!

Potjandrie doubleltje, when will Ratchet & Clank: Rift Apart be released? The Guard is really eager to get started with the game, but it is still unclear at this point whether we can indeed expect the game in the coming months. Then again the confirmation about the use of the DualSense features in the new Ratchet & Clank, with a little more details.

In an interview, Marcus Smith, the creative director at Insomniac Games, revealed a bit more about the functionality of the DualSense controller, in conjunction with the weapons in Ratchet & Clank: Rift Apart.

“Weapons are always at the forefront of the Ratchet experience, and the DualSense gives us powerful new tools to take each weaponon’s unique personality even further,” says Daly. “We combine haptics with the controller speaker to make the physical aspect of firing a weapon feel distinctly textured and believable. The expressiveness of the controller is very valuable here, as our weapons all look and feel very different from one another, so it wouldn ‘ t be nearly as convincing if all of them had a similar basic rumble. “

The DualSense features can even provide new functions in the weapons, where you get a different effect if you only press the trigger halfway or completely. He explains:

The adaptive triggers not only give us another channel for weapons to feel unique but, in some cases, they enable extra functionality. Partially pulling the trigger or feathering it gives us a way to add nuance to weapon functions that just weren’t possible before as the trigger itself couldn’t give feedback. Our Burst Pistol, for example, can be fired accurately by pulling the trigger up to a middle threshold or you can pull through to go all out at the cost of accuracy. It’s much more intuitive to have this secondary function directly on the trigger than have players learn different buttons for it. ”

De Wacht is betting that a new trailer for Ratchet & Clank: Rift Apart will be released soon, with the release date. Help hope!

Let the Guard close its first Night Watch of the new year with one of last year’s most talked about games, Cyberpunk 2077. It’s clear that the game, especially on PS4 and Xbox One, isn’t exactly the technical feat we’ve all been hoping for. but what about the Google Stadia version? The version for the PC is by far the best of all, but is that the same experience with Google’s streaming service? Digital Foundry has the answer!