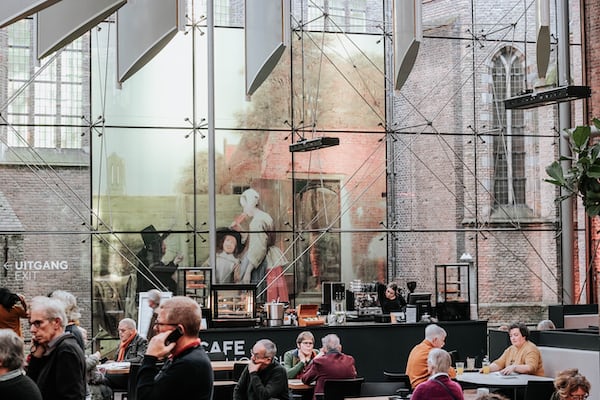 Do you want more information about the Red Dead Redemption 2 singleplayer? Check out all of our game pages below:

Red Dead Redemption 2 – All about the end game

Red Dead Redemption 2: Best Weapons and Where to Find Rare and Unique Weapons

Red Dead Redemption 2 – Where can you find the vampire

Red Dead Redemption 2 – Legendary animals and how to defeat them

Until recently, the release date for Red Dead Redemption 2 Online was unclear, and the only information we had was that it would arrive sometime in late November. Now, we have the specific days.

If you purchased the Ultimate Edition of Red Dead Redemption 2, you can start playing from November 27, already tomorrow, otherwise, you will have to wait a day or more.

Rockstar will allow access in stages and according to shared, there are some conditions to take into account.

If you purchased Red Dead Redemption 2 and played it on the launch day, October 26th, you can start playing a day later – you will have access to Red Dead Online at November 28th.

On November 29th, anyone who played Red Dead Redemption 2 between October 26th and 29th will be able to access the beta, while whoever played later will have to wait for 30th of November to play Red Dead Online.

Here are the start times:

Thanks to the recent interview with IGN, we know that Red Dead Online 2 will feature Co-Op mode. Design director Imran Sarwar revealed the following:

The cooperative game was a big part of the online component of Red Dead Redemption and it’s good to know that it’s back in Red Dead Online 2.

Given that Red Dead Redemption 2 will be coming out soon, it is understandable that many fans will be upset to learn that the online component of the game will not be available at launch. Rockstar commented on this and you can read their statements below:

There are a few reasons for this. The first is that even though Red Dead Redemption 2 and Red Dead Online share the same game mechanics and geography, we essentially see them as separate products that will grow and evolve independently of each other. In addition, as we learned from experience when launching online games on this scale, there will certainly be some problems and we want to ensure that we have time to release the game gradually and make the experience as smooth as possible for everyone. We believe that this form of launch will give people the best global experience, whether it is for single player or multiple players.

In the meantime, more information has emerged, namely support for players simultaneously. Rockstar Games has confirmed that Red Dead Online will support 32 players at the same time and that it will be possible to form a “possession” of seven players.

Support for 32 players is valid in different multiplayer modes and in the open world.

Rumors also circulate that Red Dead Online may contain the mode of the moment in the world of video games: Battle Royale.

Make It Count is the name of a mode where 32 players fire until only one is left standing.

In this mode, the number of weapons is limited and you will be surrounded by a game space that is getting smaller and smaller.

These campaign-style missions will take you to places like Armadillo and Tumbleweed from Red Dead Redemption 1.

This is all we know about Red Dead Redemption 2 Online. According to Rockstar, the online mode will arrive in beta because it is not yet finished and it will be interesting to follow its evolution. You already know: as new information appears, we will post it on this page.