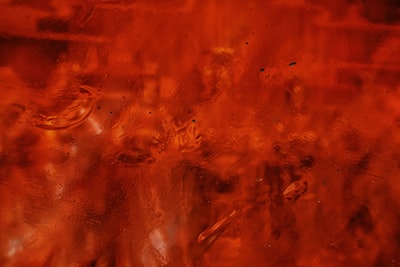 The camp is your central point of contact in Red Dead Redemption 2. Here you can meet all the members of Dutch’s gang, take on missions, eat from the stew, get a nap, donate supplies and do many other things. So that Arthur and his troop are doing as well as possible, you should start doing this as soon as possible To improve camp. As a result, you not only increase the general well-being of the troop, but also receive numerous improvements and bonuses.

There are upgrades in different categories: You can increase your medicine, ammunition and food supplies. In addition, there are even less specific improvements for which you find the extraordinarily useful one Unlock leather working tool can. By the way, you can see how good (or bad) your respective supplies are with the help of the symbols in the warehouse. If one of them is red, the supplies of the corresponding resource are slowly running out. White symbols stand for sufficient reserves, gold symbols for maximum capacity.

But how do you even get access to all of these warehouse improvements in Red Dead Redemption 2? Very simple: In the course of the second chapter, you will activate the control book at the warehouse cash register (recognizable by the money case symbol). There you can make improvements to the warehouse for fixed sums, which give you various advantages and obtain larger cars. So from now on you can store more and above all higher quality ammunition, food and medicine, which you can also refill at any time for a small fee. In addition, there are additional advantages such as the previously missing fast travel function.

In this guide you will therefore find a complete overview of all improvements, including their prices and bonuses.

Flip through the different pages of the control book in the warehouse to choose the right improvement.

Cheating was yesterday! Now comes MegaDev. What is that? You can get one for the PC version of your game legal trainer download, which only affects your solo game. It is no cheating in online gaming possible because nobody wants that.

Codes for over 1600 PC games. Play how you want. Thanks to MegaDev!

(This section is a promotion for MegaDev)

Good Mr. Strauss stores all of the gang’s medical supplies. If you only find simple active ingredients here at the beginning, you can unlock some of the strongest tonic in the game through later improvements.

Appropriately, you can inspect your food supplies at the proper Pearson. Especially in the event that you have already removed Strauss’ car, you can neglect this one. It makes more sense (especially in the early stages of the game) to either improve the supplies or the medicines. Since both have very similar functions, it is only partially worthwhile to upgrade both.

Most expansions add higher quality items to your inventory.

Unless you’re blasting every character you run along and regularly picking up the ammunition of defeated opponents, you should almost never complain about a shortage of ammunition. For this reason, it is not necessary to upgrade Arthur’s car too early.

Accommodation and other storage improvements to the control book

Upgrading your home gives you some of the most convenient bonuses around. The third level in particular is extremely useful, as you unlock the fast travel card there, with which you can finally save yourself numerous long walks or rides.

Bonus: Bring your horses to you from stables or call your horse back to camp.

Bonus: All stews from the warehouse get something nutritious and grant a dead-eye boost.