[REVIEW] : 5 great games to check out on Xbox Game Pass 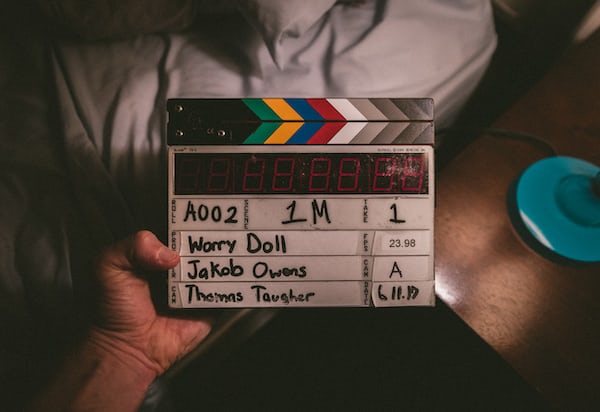 [REVIEW] : 5 great games to check out on Xbox Game Pass

Video games are one of the favorite distractions of many people these days. Many people are real fans of it, to the point of making it a passion. It is for this reason that certain platforms have developed in-game offers, to satisfy an ever-growing demand. This is the case with Game Pass.

Game Pass is a video game service that provides you with a variety of games at very affordable prices. Moreover, it regularly updates its catalog of games with new releases and the subscription is around $14.99. With this amount you are entitled to games on your PC, your Xbox console and even on your mobile device.

It is a puzzle game in single player mode, developed by Jason Roberts for those who want to perform intellectual exercises. Although this game is intuitive, describing it can be complex. Gorogoa does not present any text-based help. However, it has graphical indications which are not easy to decipher. Here four images are presented in a grid and the player must superimpose them, add them in order to discover what links them. After that you can advance in the game with new scenes.

In the Gorogoa scenario, a young boy meets a divine monster. As well as the different elements like peace, war, reformation that stem from the 20th century. All this through religious themes, everything that marked this era.

The name of this Gorogoa game comes from an inspiration from the developer when he was even younger. He was therefore inspired by his childhood to both find a name, but also to create this game. In addition, Janson Roberts took the trouble to carry out all the demonstrations by hand. During its realization, Janson was inspired by several people like: Gustave Doré, David Roberts and Chris Ware. The accompanying music for this game is produced by Joël Corelitz. Although several difficulties hampered the release of Gorogoa, it was finally released in December 2017. This game is available on Nintendo Switch and several platforms.

It is a video game series developed by BioWare. This sci-fi game is also a third-person shooter and action RPG. Mass Effect is a franchise whose adventure takes place mainly in space. The beginnings: an extraterrestrial technology is discovered in 2148 by humanity. This offers Man the opportunity to conquer space. You will have to follow the adventures of Commander Sheperd and his crew that he recruits one by one during the game.

The very first installment of the trilogy is an action-RPG, Mass Effect released on November 20, 2007 on the Xbox 360 console. Then in 2010 comes Mass Effect 2 and to end the saga comes Mass Effect 3 in 2012. However, d Other episodes were developed only for certain platforms, such as Mass Effect Infiltrator and Mass Effect Galaxy. The inspiration for this video game comes from four novels and several comics.

3- Yooka – Laylee And The Impossible Lain

Yooda – Laylee or Project Ukelele is a trilogy of platform games developed by the Play Tonic Games studio. On April 11, 2017 this game lands on Microsoft Windows, Linux, Playstation, OS X and Xbox One. But we had to wait until December 14 to see it on Nintendo Switch. In addition, you can play individually or in a group without constraint. The designers of this game are Grant Kirkhope, David Wise, Steve Burke and director Chris Sutherland.

In this game the main player Yooka is represented by a green chameleon without pants. Thereafter the character Laylee embodies a bat with a red nose. Several other characters are present in this game like Capital B, Dr Quack, Trowzer, ghosts. The characters have various abilities that the player will have to use to the best in order to progress.

The game is quite interesting and quite well received by the public. Far from the big productions with a phenomenal budget, this game has a charm that quickly seduces players.

It’s a Sega video game. Like A Dragon is the seventh episode of the Yakuza saga. This game was first released in Japan on PS4, in January of the year 2020. Subsequently, it was made available globally on November 10, 2020 and then on March 2, 2021 it landed on PlayStation 5.

This game tells the story of a hero named Ichiban Kasuga. It is the new element of the Arakawa family which is part of the Tojo clan. Although he is new, he decided to stay in prison for murder despite being innocent. This commendable act is meant to protect his family’s captain Jo Sawashiro who is actually the real killer.

Ichiban believed he would receive recognition from the Yakuza after his return. However, 18 years later when is released from prison, he discovers that the Tojo clan has been crushed. It’s a very exciting game that we invite you to try this week on Game Pass. The storyline and graphics are simply excellent and this title is part of a long line of games that have always charmed audiences.

Outer Wilds is a space simulation video game. It took until the end of 2021 for its release on Nintendo, yet it had been available since 2019 on other platforms such as Microsoft Windows, Xbox, PlayStation and more. It was developed by the Outer Wild and Mobius Digital teams.

In this game, the player must follow in the footsteps of the Nomai, a lost civilization. To achieve this mission, he must visit the planets of a star system with a spacecraft. To protect himself on this planet, he must equip himself with a suit equipped with propellants and an oxygen reserve. The player must perform his very first takeoff. Then he realizes he’s been held in a time loop. This is due to the fact that he automatically ends up at the starting point after each death.

Additionally, the sun becomes larger and red in color if the player is alive. Over time the sun contracts and explodes in a supernova destroying everything in its path.

Sound and music play a major role in this game, as the atmosphere is great. To play this game, you have to prepare your brains.

Game Pass is a platform that provides you with the most popular games on the market. Given the dynamism of this sector, games are not necessarily long-lasting. Then, the most interesting offers follow one another. That’s why we recommend that you try these 5 games on the platform for this week.