[REVIEW] : A cult point’n’click back after thirty years 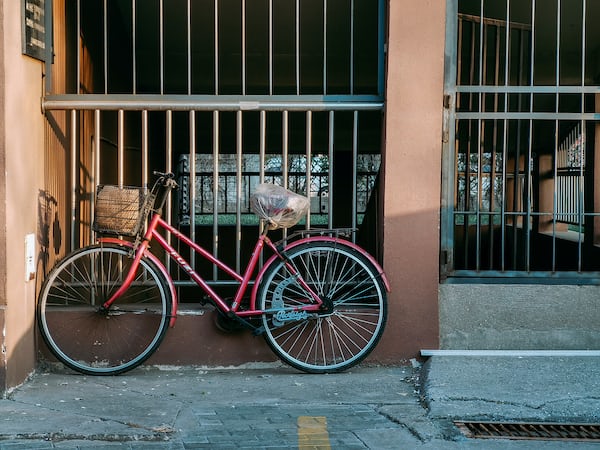 [REVIEW] : A cult point’n’click back after thirty years

The characters of Guybrush Threepwood and zombie pirate LeChuck will return to service. At the origin of a cult franchise, Ron Gilbert, founder of the development studio Terrible Toybox, created a surprise by announcing the arrival in 2022 of the game “Return to Monkey Island”. This is the legitimate sequel to the cult point‘n’click adventure games ‘Monkey Island’ and ‘Monkey Island 2: LeChuck’s Revenge’, released over thirty years ago.

Return to Monkey Island will be ‘very careful’ with canon, promises Ron Gilbert

Return to Monkey Island will not be a spin-off, nor a reboot or a reboot, but rather a top-down sequel to Monkey Island 2 adhering to the canon of the original LucasArts works. Game director Ron Gilbert confirmed on his personal Twitter account that the newly announced project will be a canonical video game, an aspect in which they are “very cautious”.

Murray will be in Return to Monkey Island, confirms Ron Gilbert

Ron Gilbert is the original creator of the series. It was he who worked from start to finish on the first two installments that sparked the phenomenon—The Secret of Monkey Island (1990) and Monkey Island 2: LeChuck’s Revenge (1991)—before the departure of LucasArts. In addition, he adds that Murray, in reference to the skull and crossbones character so beloved by fans of The Curse of Monkey Island (1997), will be there. Although this is a title that Gilbert did not work on directly, this third installment will not cease to be canon.

Chronologically, Return to Monkey Island will take place right after the events chronicled in Monkey Island 2: LeChuck’s Revenge. The title will seek to respect this legacy in a modernized way; without neglecting the point and click essence with which so many generations of players have grown up and which now, in a very different time where habits are just as different, are part of the “retro” trunk.

Monkey Island is one of the most influential intellectual properties in video game history, for many reasons. The reality is that the saga can be played comfortably on platforms like Steam at a fairly affordable price. At the moment, the Monkey Island collection is at -25% (20.82 euros) and includes The Secret of Monkey Island, Monkey Island 2: LeChuck’s Revenge, The Curse of Monkey Island and The Escape from Monkey Island. All in their PC version.

One of the classics of the video game world is about to make a comeback. LucasFilm Games just announced that a new installment in the “Monkey Island” franchise is in production with Ron Gilbert creator of the first original game at the helm. This new opus will be called “Return to Monkey Island”, and it will be released in 2022.

Details on the game are currently unknown, but fans have pointed out that the description for ‘Return to Monkey Island’ states that the game will continue after the second entry in the series, although it won’t be the last game to be released. of the saga.

Altogether, there have been a total of five games in the series, with the most recent release being “Tales of Monkey Island”, released in 2009 and developed by Telltale Games. The reason the game continues from the second is that it was the last game Ron Gilbert was involved in after he left LucasArts in 1992, so it would be the most consistent to work on the story he himself designed from the second Game.

“All the games after ‘Monkey Island 2’ don’t exist in my Monkey Island universe. Apologies to all the talented people who worked on it and the people who loved it, but I’d like to pick up where I left off. That’s not to say I wouldn’t steal good ideas or characters from other games.

The ‘Monkey Island’ series is a collection of point’n’click adventure games that debuted in 1990 with ‘The Secret of Monkey Island’. It had a direct sequel the next year and won over a large number of fans, considering it a cult video game.

‘Return to Monkey Island’ doesn’t have a specific release date, but it’s expected to arrive in 2022

Monkey Island is back, with a sequel we expected more

After being lost for years in the copyright abyss, the license Monkey Island is finally freed from the tentacles of the kraken of intellectual property. Against all odds, it will return this year to the front of the stage with a new episode as a direct sequel to Monkey Island 2: LeChuck’s Revenge.

Freshwater sailors will also be delighted to learn that Ron Gilbert, creator of the original two episodes of the series, is back to direct this sequel that he has dreamed of making for several years now. Until now, Disney‘s monopoly over LucasArts studios had never given it the chance.

Ron Gilbert already expressed on Twitter in 2016 his desire to recover his beloved license from the hands of Disney, after the closure in 2013 of the studio holding the rights to Monkey Island, LucasArts.

A desire to restore the license

This time, every effort is required to celebrate the return of Guybrush and LeChuck. Ron Gilbert would like to forget the cursed episodes of the series, starting with Tales of Monkey Island by Telltale released in 2009.

The cast of the game then signs the return of the original voice by Guybrush Threepwood, Dominic Armato, as well as original game composers Clint Bajakian, Michael Land and Peter McConnel for even more nostalgia. It remains to be hoped that Paolo Domingo, who lends his voice to the French version of the pirate, will also return to satisfy French fans.

It is important to note that this game however will not erase from the canon the third episode Curse of Monkey Island in which Gilbert had not participated, he declared on Twitter following the announcement of this new episode: “Monkey Island 3 does not come out of the canon. We have been very careful about that. Murray is present in this game”.

Return to Monkey Island: the 90’s are having a thunderous comeback

The pirates are back! The big news of the moment is the announcement of the return of the essential video game series “Monkey Island”. Star of the 90s, this series of point’n click games created by Ron Gilbert and developed by Lucasfilm Games has marked the minds of many young thirtysomethings, offering a humorous adventure alongside Guybrush Treepwood, a pirate seeking his destiny in the Caribbean in the 17th century. A series acclaimed at the time, which quickly became cult and whose last part, created without Ron Gilbert, appeared to us in 2009 with Tales of Monkey Island.