SamaGame > Earth > [REVIEW] : A “potentially dangerous” asteroid will pass close to Earth on January 18, the explanations of a CNRS expert 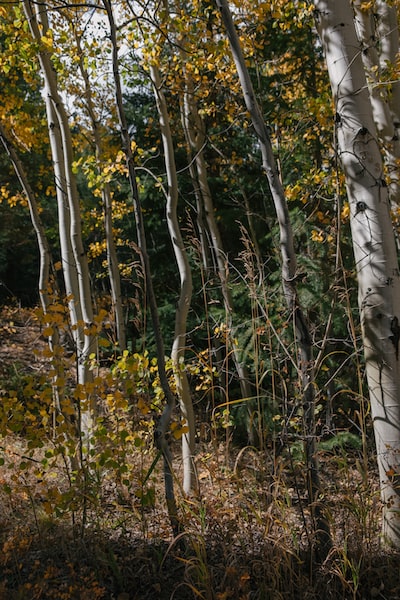 [REVIEW] : A “potentially dangerous” asteroid will pass close to Earth on January 18, the explanations of a CNRS expert

[REVIEW] : A “potentially dangerous” asteroid will pass close to Earth on January 18, the explanations of a CNRS expert

The asteroid 1994 PC1, classified as “potentially dangerous” by scientists, will pass close to the Earth on January 18, 2022. There is, however, no risk of it hitting our blue planet. Explanations, with the astronomer Patrick Michel, asteroid specialist at the CNRS.

So close but at the same time so far. According to NASA, the US federal agency responsible for most of the US civilian space program, an asteroid classified as ” potentially dangerous “ by scientists and named 1994 PC1, will pass very close to the Earth. When ? January 18, 2022, at 9:51 pm But what do we know about this celestial object heading towards the blue planet? Decryption with Patrick Michel, research director at the National Center for Scientific Research (CNRS), based at the Côte d’Azur observatory.

Who discovered this asteroid?

Asteroid 7498 (1994 PC1), with its full name, is far from unknown to the scientific community. If the official authorship of its discovery goes to the Australian astronomer Robert McNaught who observed it in 1994 in Australia, the first traces of this celestial object go back even further, according to Patrick Michel.

“The first observations of this gigantic” rock of space “date back to 1974”, he tells us. Observing asteroids so early and for several eras allows scientists to refine the calculation of their trajectory. “The question is not so much knowing ‘when’ but rather whether we have been able to observe a celestial object frequently. Frequency is essential to anticipate the trajectory of asteroids ”, underlines Patrick Michel.

Is this asteroid dangerous?

“There is absolutely no danger with this one”, reassures the French scientist. Phew, so we are not at all in a disaster scenario like in the movie Don’t Look Up on Netflix. “Statistically, 90% of objects larger than a kilometer in size, which is also the threshold for disaster if they fall on Earth, are known, continues the specialist. To date, the scientific community has identified nearly 25,000. “

With just over a kilometer in diameter, the asteroid 1994 PC1 is three times the size of the Eiffel Tower and could accommodate around ten football fields. The absence of risk of collision is also confirmed by existing data. According to NASA’s Jet Propulsion Laboratory (JPL), the asteroid will pass at a distance of 0.01325 astronomical units, or approximately… 1.93 million kilometers from Earth.

How to guard against dangerous asteroids?

In addition to careful observation by scientists around the world, there are space programs to protect humanity from the potential threat posed by the many celestial objects.

“Three components of the same action are put in place, details Patrick Michel. There is first that of observation in order to better understand their trajectory. Then there is the prevention phase. “ In this phase, figure in particular “NASA’s Dart project, which consists of sending a ship crashing into an asteroid in order to deviate it from its trajectory”.

Launched in November 2021, this mission aims to achieve in 2022 “The first deviation test of an asteroid using the technique of an artificial impactor, summarizes the astronomer. Basically: hit an asteroid to deflect it. “

The European Union, thanks to the European Space Agency (ESA), is no exception. “The Hera mission scheduled for launch in 2024 will have as its main mission to observe the results of Dart”, adds the CNRS research director.

The third part is that “Legal policy and international coordination”. In other words, knowing who decides and “How we communicate with the general public, how we coordinate internationally

How to see the asteroid?

With a relatively small distance (on a spatial scale) during its passage “close” to the Earth, the asteroid 1994 PC1 can be observed with a telescope on January 18, 2022. Be careful, however, it will be necessary to be equipped with a sufficient telescope. powerful, at least six inches, because the asteroid is not bright enough to be seen with the naked eye.

Even simpler, the Virtual Telescope project will allow you to observe it without leaving your home, on the internet. What to take advantage of it because the next passage of 1994 PC1 is scheduled for January 18 … 2105!

An asteroid will graze the Earth: what are the potential risks?

What will you do on Tuesday, January 18, 2022 at 9:51 pm? Perhaps you will be watching TV watching a series? Perhaps you will be fully behind your screen for the Gabon – Morocco match in the Africa Cup of Nations? Or you might just sit on the terrace with friends. Either way, you better raise your head cause an asteroid will pass right next to the Earth at this very moment.

An asteroid the size of 3 Eiffel Towers!

So be careful, when we say “next door”, we are still talking about 1.93 million kilometers. It is roughly 5 times the distance between the Earth and the Moon, but at the scale of the galaxy, it is grazing.

But unlike the very popular disaster movie Don’t Look Up (currently on Netflix), Earth is in no danger from this asteroid “1994 PC1”. “Its orbit is well calculated, and for a long time. There is no risk that he will fall on Earth ”.

What if this asteroid hits Earth?

But with the times that run and the success of the film Don’t Look Up, the temptation is great to ask what would happen if such a piece (we are talking about a pebble of a kilometer all the same, that is to say 3 times the Eiffel Tower) crashed into Earth.

“It would be a disaster. The danger would be very important ”.

“There would be colossal damage, tsunamis, etc ”, prophesies the scientist from the Paris Observatory before reassuring one last time. “We think we’ve discovered all asteroids this size. At least over 99% of them in our solar system. There is no probability that one of them will hit the Earth ”.

Everyone can therefore go about their business quietly Tuesday evening. The next day, it will indeed be necessary to go to work.

Don’t Look Up in real life: is an asteroid really heading for Earth?

Asteroids are common in the universe and some pass close to the Earth, like 1994 PC1, which will brush against us on January 18th.

The recent success of the Netflix movie “Don’t Look Up” has given many people a new sense of the sky and the dangers of sky. But now reality could well overtake fiction. As a reminder, in the work of Adam McKay, the human population does not take seriously the speech of two failed astronomers, interpreted by Leonardo di Caprio and Jennifer Lawrence.

However, the two main characters of the film try, as best they can, to alert the world of a disaster in the making, the arrival of a right asteroid on Earth, which could get the better of the human species. A scenario that has already proven itself on the big screen, but also in reality, since this is how dinosaurs disappeared 65 million years ago, and which could happen again with 1994 PC1, a asteroid which will graze the Earth on January 18th.

As its name suggests, the asteroid was discovered in 1994 by the Australian Observatory. Since then, it has been one of the “potentially dangerous” elements present in the sky. Indeed, the risk, although minimal, is still present, and the consequences of an asteroid fall could be dramatic.

The last known meteorite fall on Earth, which had a considerable impact, is surely the Chelyabinsk bolide. The latter indeed passed over the Russian forests south of the Urals and the meteor, 11 to 17 meters large, disintegrated at an altitude of 20 or 40 kilometers. But with 1994 PC1, it is not a Twingo which falls from the sky, but a piece of celestial rock as big as 3 times the Eiffel Tower.

An asteroid is going to fall on us! really ?

But keep calm, the risk of collision is very low, if not nonexistent. In fact, on January 18, the asteroid should pass at a little less than two million kilometers, a fairly short distance as the universe is immense, but which leaves little room for doubt.

Indeed, the asteroid has been known for quite a long time, and its orbit has been very well calculated, so it has no reason to change between now and next Tuesday. The chances that the asteroid will therefore avoid Earth are well over 99%. As the scientific world well explains, large asteroids like 1994PC1 are not the dangerous ones for our species.

Because of their large size, it is easy to spot them and calculate their orbit. According to NASA calculations, no such asteroid is expected to cross our path, too closely, in the next few centuries. The danger paradoxically comes from the smaller meteorites, measuring like that of Chelyabinsk around 15 meters in diameter.

They are indeed too small to be visible on radar, but at the same time large enough to do heavy damage once they arrive on Earth.