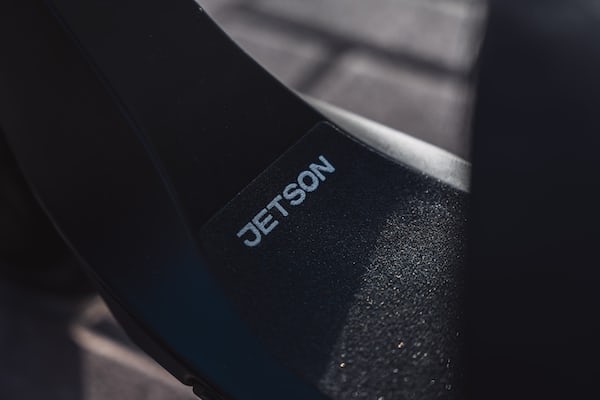 Many people would prefer to forget about last year’s installment, and probably the publisher himself. Dozens of errors, intrusive microtransactions and a strange application for smartphones are probably the biggest sins of Arno’s adventures. Did you manage to cover up the bad impression in twelve months and do something to prevent Syndicate from appearing just a new Unity on s******s?

I expect a lot of people to skip across paragraphs to see how the game works. Caricatured scenes from Unity had become internet memes, so there was something to worry about. I calm down! Assassin’s Creed Syndicate works very smoothly. The textures do not diverge, the animation does not crunch, and the facial expressions seem to be better. Nevertheless, it seems to me that the graphics quality has been slightly lowered. This is especially true inside buildings where wall and door textures are of poor quality. These are of course only details that do not affect the overall picture. In short: Syndicate looks like Unity, but works better.

The action takes us to the times of the industrial revolution, to London in the second half of the 19th century. Young assassins – Jacob Frye and his sister Evie – come to the capital of England to change the balance of power in Europe, because the entire city is under the rule of the Knights Templar with Grand Master Crawford Starrick at the helm. Industrialized London influences the development of the whole world, and the local lack of representatives of the Assassin brotherhood shifts the tide of victory to the opponent’s side. Each of the seven districts of the city, dealing with a different branch of the economy, is held in hand by the leaders of the Wretched gang, subordinate to Starrick. All of them together form the title Syndicate and become the target of our heroes.

The plot has a very simple structure, not much different from the oldest scenes. To get to Starrick, we need to significantly weaken his influence in London, as it just so happens that each industry is overseen by one of the high-ranking Templars. Simple scheme: one sequence equals one important individual to be liquidated and one industry to be taken over. Interestingly, simplicity does not negatively affect the reception of the story. Previous games spread the plot over a dozen or even several dozen years, which often led to chaos. In Syndicate, most of the events take place mainly in one period, which makes everything easier to understand and the story is more engaging.

There was also a contemporary thread. Unfortunately, it turns out that with Desmond all good ideas on how to further develop it died. Known from the Ezio trilogy (plus an episode in Black Flag), Shaun and Rebecca are on a mission, and we, as a passive observer, can only preview them. Extra fun, no …

Frye’s siblings are definitely a plus. When we get to know them, they are already assassins and have been active for some time, so we won’t lose 1/3 of the game for the next “how it started”. From these two, my favorite immediately became Jacob – unable to focus, constantly flying “to the element” and constantly looking for a fight adventurer is a hero that the series has not had in a long time. The appearance and posture of the British football fan say it all. Sure, cast one-liners are more dry than funny, but I like this style and, most importantly, the visitor is memorable. Do you remember what Arno or Connor was like? Yeah, neither do I. We’ve been with Ezio all his virtual life, so we know him well, but Jacob is charismatic and that’s enough to like him and laugh with him. Evie, in turn, is a very sensible girl who, unlike her brother, would like to win the eternal war with cleverness, not force. Evie may not be as outspoken as Jacob, but interactions with her brother give her a lot of points. They still disagree, bite each other at every opportunity and comment on their achievements in a funny way. A great duo!

In this way, we follow, as it were, two closely related threads. While Evie searches for another Piece of Eden and other artifacts, Jacob makes his dream come true and forms a gang with a catchy name: Jumpers. The two heroes prefer a completely different approach to the mission. Evie wants to do everything quietly, and Jacob prefers to blow up half the neighborhood just to get to his destination. The heroes are still arguing about it and the beginning promised a very diverse gameplay. Unfortunately, the developers lacked consistency. Regardless of who we play, we can complete the mission as much as we like. Jacob is as good at sneaking as Evie, and the girl will be able to deal with any murder without any problems. The girl seems to be a bit faster and more agile, and her brother seems to be more resistant to damage, which is probably the only difference in the fight. A little too little to call it a separation between befuddling and stealth. Detriment.

There are also inconsistencies in character development. There are three trees that belong to combat, stealth, and the ecosystem. We develop them using points received for completing tasks and gaining experience. We develop trees separately for each of the siblings, but the problem is that they are identical. The game gives us a hint to develop combat in Jacob and stealth in Evie, but sooner or later their skill set will be the same.

The combat system has been slightly improved compared to Unity. Of course, the punch and finisher animations are mostly new (parkour looks identical for that), which is understandable given Jacob’s stature and Evie’s agility. Skirmishes are naturally infusing a square, counteracting with a circle, stun with a cross and the occasional use of a ranged weapon with a triangle. The scheme has been known for a long time and it does not seem to change. I even have the impression that fighting is easier than a year ago, because I died for the first time after 3 hours of play and only because I accosted policemen in a district intended for more advanced characters.

However, I am glad that the arsenal is limited – hammers and halberds are forgotten. Apart from the obligatory hidden blade, there are three main weapons, but nothing prevents you from going through the whole game with Jacob’s brass knuckles and Evie’s knife. This is absolutely enough. On the gadget side, it is also more modest – and also a plus. Simple crafting has also been implemented, which does not differ much from what we know since the adventures of Connor. We collect raw materials, check the requirements (character level, mission) and we can create weapons.

Missions, missions, missions. The series got us used to flooding the map with icons and it is no different this time. The story missions marked in golden color often involve two heroes and impose who to play in advance. I do not mind such a solution, because the sentences are tailored to the siblings’ predispositions and only the above-mentioned lack of differentiation of skills prevents you from fully enjoying the completion of them. The side missions are not much different from what we all already know. The ones marked in black are side stories in which we collaborate with such personalities as Darwin, Marx and Dickens. It is the thread of the latter that I remember the most, because it is the closest to the investigations known from Unity, and it also deals with supernatural phenomena. Together with him we will have fun in the 19th century X Archive. Great atmosphere and cool ideas. In addition, we must liberate districts from the regime of the Miserable gang. To do this, you need to complete a series of repeatable small missions. It is liberating children forced to work, conquering “fortresses” (if you can call it a separate piece of square between buildings) and killing targets. There is also a new hijack mechanism that allows you to capture the target and escape from the restricted area unnoticed. However, this is such a trivial activity that it is not worth dwelling on. After completing these challenges, we fight a boss fight for the final takeover of the district. Addictive but painfully repetitive.

Each edition must have a “feature” that will receive an appropriate pre-premiere promotion. This year, these are horse sleds and a rope with a hook. Sleighs are all kinds of carriages and carriages, and driving them along the wide London streets is a bit overrated. In most cases, it is faster to run through the alleys or rooftops, and the chases during the missions are identical to the sequence involving Ezio in AC II. The situation is different when it comes to the line with a hook. Before the premiere, I thought that this was another unnecessary addition that would distract us from joyfully running on the roofs. But I was wrong. London is a city lower than Paris, and the streets are much wider for carriages, so the distances between the buildings are considerable. The rope helped me not so much in climbing as in moving me to the roofs on the other side of the street – and it works perfectly well. It is not so colorful during missions inside large production halls. Finding the right anchor point is almost a miracle, and escaping the hot zone often comes down to squeezing L1 onto your rod and hoping you will succeed. Very far to the link from Batman.

I called London to the blackboard, so a few words about the city. It is big, maybe a bit smaller than Paris, but still big. Characteristic architecture and historical places are an inseparable element of the series, so you will get to know many places from TV, trips or where you live. The initial impression of the enormity to be explored is eliminated by the plot, because during the struggle for power, we operate at a given moment in one or two districts, and then we move to the next, so after a few hours of the game the map is just a large collection of icons.

Assassin’s Creed Syndicate, as you can read above, made me have a great time for several hours. Platinum and syncronization will take the second time. On the other hand, it is just another AC, where changes in the setting of the action, heroes and smaller or larger additions will not make it a different game than a year, two or five years ago. Keep that in mind, even though he’s the best “Assassin” in a long time.