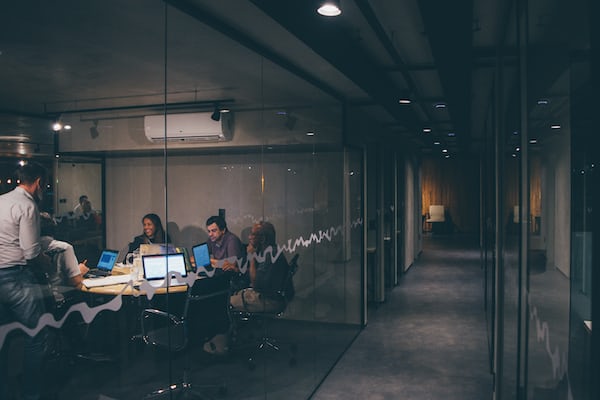 Activision and the developers of the Call of Duty franchise have said it over and over again: cheaters are a priority target in their fight to protect the balance of their gaming experiences. anti-cheat baptized Ricochet, barely introduced, has just demonstrated its incredible effectiveness!

Two months ago, Activision presented its greatest strike force to everyone’s eyes, Ricochetfor put an end to a scourge that has continued to spread in the various opuses of the series: cheating.

Many have questioned the potential effectiveness of the system developed by Activision, even more so when a fault was detected shortly after its announcement. However, the publisher did not give up and continued its drastic measures to put an end to the excesses of certain players. Recently introduced to Call of Duty: Warzone and Call of Duty: Vanguard, Ricochet killed two birds with one stone on both games in the series, hitting hard in the space of a day!

Contrary to Call of Duty: Vanguard which took a breather from the players when it was released, Call of Duty: Warzonehe is doing wonderfully, especially since he has just acquired a brand new card thanks to the Pacific update and launch festive events. However, who says popularity, says massive influx of players and, potentially, a small percentage of cheaters in the lot! Activision had anticipated this situation and therefore launched its anti-cheat system shortly after the introduction of the Caldera map.

A measure greatly appreciated by players who have constantly alerted the publisher to the impact of such players and such practices on the multiplayer experience offered by Call of Duty games. Nevertheless, since its introduction, Ricochet has had an extremely positive impact on the gaming ecosystem. : for example, many cheating sellers have packed up, when other players, fond of these practices, have been kicked out by Activision.

Just over a week after its launch, Ricochet managed to sort out the unscrupulous players, even managing to ban nearly 50,000 accounts in the space of one day on December 21. While it is already making a strong impression overall, the system continues to adapt, day by day, collecting data and examining trends in order to be as efficient as possible. Cheaters be warned: with Ricochet, we’re not kidding!

Call of Duty Vanguard & Warzone: Over 48,000 accounts banned from the game

48,000 accounts banned on Call of Duty Vanguard & Warzone! It’s spring cleaning for Activision, determined to repress all cheaters at the entrance to its famous shooting games.

Like every year, Activision has launched the new episode of its biggest FPS franchise, Call of Duty Vanguard. An episode published on (almost) all media plunging into the chaos of the Second World War. While season 1 has already leaked, players continue to enjoy the heart of the experience, namely the online mode, but as always, smart guys come to spoil everything. We obviously think of cheaters who do not hesitate to use various illegal tricks to win the games. Something to spoil everyone’s moment. But Activision does not let it go and announces today the banishment of 48,000 accounts to fight against cheating!

48,000 accounts banned from Call of Duty Vanguard and Warzone

Call of Duty Vanguard draws a line under 48,000 accounts. And those of Warzone are included since Activision is doing its winter cleaning for the two titles whose crossover with Attack on Titan has leaked. The company states that these bans are for cheaters. Remember that last August, we were talking about 500,000 accounts blocked for Warzone since its launch in March 2020. A huge number that shows that cheaters are not afraid of banishment or threats. Cheaters that ruin the gaming experience of an entire community. Last week, Activision rolled out its Warzone anti-cheat update globally.

This solution against cheating will also be deployed, a little later, for Call of Duty Vanguard. It installs automatically along with the Warzone Pacific update on Battle.net, required to play on PC. The software “runs with elevated privileges on your computer, being able to access all of your system resources while it is running.” Suffice to say that some players, despite the cheats, are not really likely to appreciate this intrusion which can lower performance during sessions on Call of Duty Vanguard and Warzone. According to Activision, its solution can detect all cheats running in the background.

The Call of Duty: Warzone Pacific developers have taken matters into their own hands by banning 48,000 cheater accounts.

One of the biggest problems of Warzone for many months now concerns cheaters and hackers of all kinds. They ruin the game but it is for this same reason that Raven Software introduced the RICOCHET anti-cheat system a few weeks ago.

Even on Caldera, cheaters continued to make their way. Even if the last ones we came across are not offensive and allow you to maximize the levels of your weapons in a single kill, the developers have still cracked down by banning almost 50,000 accounts.

This December 23, the official Call of Duty Twitter account reported that over 40,000 cheater accounts have been banned on Warzone & Vanguard through the RICOCHET system.

It’s rather good news, but it would be nicer to see fewer and fewer cheaters on the game. It’s one thing to ban them but we should also and above all prevent them from coming back repeatedly after their account be banned.

We of course hope that RICOCHET continues on this path in order to definitively eliminate the majority of hackers on Call of Duty.

On Tuesday, December 23, 48,000 accounts were banned from call of duty vanguard and call of duty warzone. This is obviously not the first wave of sanctions recorded on titles from the famous franchise, and it is a safe bet that the next figures will be in the same waters.

After the unofficial announcement of a new anti-piracy system in Call of Duty games, we could naively say that this warning would be enough to curb the ardor of some. But we can understand that these cheaters persisted, because the measures expected to be put in place were not necessarily going to upset them that much.

But let’s remember this release, very official this time, from Activision as to the new sanctions to be expected for fraudsters. The latter thus exposed themselves to being banned from any online mode of the series. The taste for risk being visibly more succulent than that for caution,

Call of Duty Warzone and Vanguard: first step of the anti-cheat system

On Wednesday, December 22, 2021, the official Call of Duty Twitter account announced that the day before, 48,000 cheater accounts had been banned on Call of Duty: Warzone and Call of Duty: Vanguard. Team RICOCHET is also thanked for its action in this case.

VGC recalls that last August, Activision announced more than 500,000 bans on Call of Duty: Warzone since its launch in March 2020. As for the anti-cheating system mentioned many times, a first part was deployed last week for Call of Duty: Warzone. This is more specifically a driver that installs alongside the Warzone Pacific update from Battle.net. And without it, it is impossible to practice PC gaming.

This driver “runs with elevated privileges on your computer, being able to access all of your system resources while it is running”. As a result, cheat software running in the background is likely to be detected by this system. Which is expected to roll out for Call of Duty: Vanguard at a later date. Until then, the fraudsters take advantage of the time they have left and the honest players show restraint.