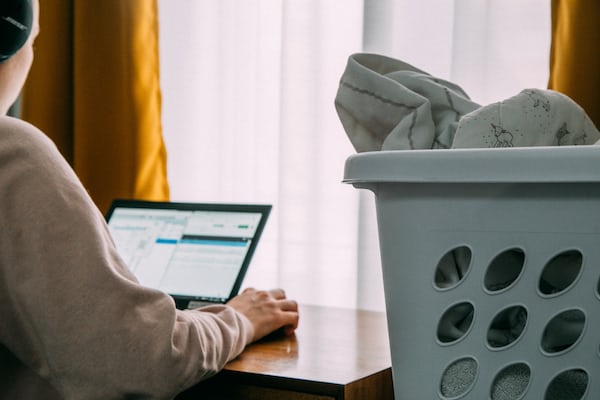 Kingdom Hearts 1.5 + 2.5 Remix appears as a set of six hits from the popular series. In addition to gathering all the games in one place, the collection also offers 60 frames per second for each playable installment. Only if for this reason it is the best collection Kingdom Hearts?

Kingdom Hearts 1.5 + 2.5 appeared in preparation for the premiere Kingdom Hearts 3. Together with KH 2.8 Final Chapter Prologue is a set that fully acquaints you with all the story events that lead to the latest installment. In the evaluated package we get as many as six parts, two of which are a collection of cutscenes from the titles published only on Nintendo DS. The rest are extended versions of the games previously released on PlayStation 3. What largely makes the new collection attractive is the fluidity increase to 60 frames per second. Before the kit made its way to Europe, however, we had heard reports that the liquidity boost had caused several stability issues. Fortunately, a proper patch is available from the premiere, in theory eliminating all these problems.

Let’s start with the first game in the collection, i.e. Kingdom Hearts Final Mix. This is the beginning of a series that combines the universe of animation Disney and games Final Fantasy. It tells the story of a boy named Sora, who, as a result of events in his place of residence, is thrown into the middle of the fight to save many worlds threatened by the Heartless. Although the plot seems childish at first and too sweet, with time Disney goes to the background, giving way to dark events in the world Kingdom Hearts. Thus, the mood of the game changes, and the events and message acquire a depth that could have eluded before. If only for this reason, it is worth giving the first installment a chance and finding out that the plot is one of the elements that prove the phenomenon of this series. If you want to know more, please refer to the Kingdom Hearts 1.5 Remix review prepared by Paweł.

Kingdom Hearts Final Mix in the version on PlayStation 4 it does not offer a particularly better audiovisual setting than what we saw in the first collection released on PS3 in 2013 year. We are still dealing with 1080p resolution (native 4K and 60 FPS on PS4 Pro), anti-aliasing, and (mostly) replaced textures. What was not there before are 60 frames per second and almost invisible data loading screens when changing locations or starting story scenes. This makes the game much more dynamic and more fun. During the game I did not encounter any significant problems. The whole thing works very smoothly, even during bigger blizzards. The only thing I would have reservations about are very rare problems with the sound system. It happened that a sound was missing or it was shortened. However, I consider the problem to be marginal and thus I say that at the moment it is the best version of this extraordinary production.

The second item in the set is Kingdom Hearts Re: Chain of Memories, a remake of a game once released on GameBoy Advance. The mechanics of this installment differ significantly from its predecessor, as it is entirely based on the use of special cards. The plot, in turn, begins immediately after the events of the first part and introduces you to what will happen in the second. It is worth reading Chain of Memoriesbecause the history here is the essence of what characterizes Kingdom Heartsespecially since the emphasis on Disney is much less here. Unfortunately, the game is also less refreshed, which can be seen a moment after starting – in many places jagged edges and graphic artifacts are visible, and the whole thing, despite 60 frames, takes noticeably longer to load. Also, I can’t ignore the fact that I was kicked from the game to the console menu once, after spending a long while stacking cards. The second time it did not happen to me, but this one situation was enough to make me worry about more mischief.

The third position is Kingdom Hearts 358/2 Days, i.e. one of the aforementioned movies. In this edition of the event, we observe the event from the perspective of Roxas – one of the members of Organization XIII. As holders PlayStation 4 we only have access to scenes that have been re-created for the collection or have been upgraded to HD quality. The game itself is great and I personally regret that it is not in the playable version on Sony consoles, but still enjoys the presence of the scenes. The more so because once again we get a great story that will help us understand what is happening in the second part.

Unfortunately, I have the impression that the scenes have been moved to PS4 without any effort. The same as in the case of the previously described “card game”, here you can also see worse quality, as evidenced by jagged edges and low-quality textures. Honestly, I am a bit disappointed with the lack of trophies, but it can get over it. It is worth noting that this time we have access to everything that we had to gradually unlock in the PS3 version. Now we can both read all the documents and watch the last cutscene at the beginning. The second film was also delivered in exactly the same condition, i.e. Kingdom Hearts Re: coded.

Most controversy in the case of Kingdom Hearts 1.5 + 2.5 Remix aroused Kingdom Hearts 2 Final Mixwhich reportedly crashed while saving the game. Fortunately, I didn’t experience any of these problems. It is true that the scratchy version of z PlayStation 3, but they mainly concern the sound. Sometimes the lines spoken by the opponents during the fight are also not complete, although this is an insignificant problem that does not particularly affect the quality of the game. I was more disturbed by occasional graphic artifacts. Here it is mainly about animations of a few opponents, which are not adapted to the new fluency and just look bad. Nevertheless, by turning up the liquidity, the most dynamic and fast-paced installment has become even better and more fun to play than ever. I wrote more about the game itself in my review of the second set, which landed on PS3 in 2014.

I am most pleased with how it was transferred Kingdom Hearts Birth By Sleep Final Mix. The game tells about the events before the first part and allows us to play as three different characters. Throughout the game, I didn’t encounter any problems. The spiked fluidity hasn’t affected anything but the quality of the gameplay itself, which is now more satisfying than ever. The game was originally created on PlayStation Portableso there are slight limitations in terms of graphics and controls, but it looks really good. So this is another version that is best to know in this edition.

Summarizing, Kingdom Hearts 1.5 + 2.5 Remix is the best set that will help you get to know the series. Although most of the items contained here have their drawbacks, such as bad sound or jagged edges in places, 60 frames per second change the shape of things and together with the almost non-existent loading screens, significantly increase the comfort of playing. Some may be hurt by the fact that the films did not receive trophies this time, but on the other hand, the cups in the “one” and Re: Chain of Memories, so you don’t have to play these games on every difficulty level.