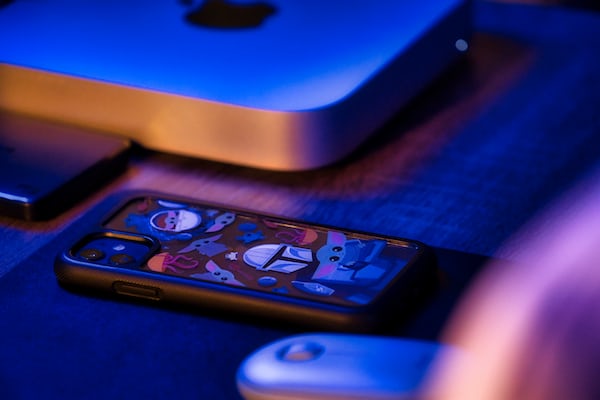 Apple plans to make many announcements in the coming months and rumors are rife. Whether it’s Ming-Chi Kuo, Mark Gurman or Jon Prosser, each specialist in the Apple universe tries to decipher the brand’s strategy.

As a reminder, multiple noises from the corridors evoked an announcement from Tim Cook during the Peek Performance event. A new MacBook Pro and an update to the MacBook Air were hoped for, but MacBooks were conspicuously absent. Instead, the American manufacturer presented an impressive Mac Studio accompanied by the Studio Display screen.

A MacBook Air M2 before the end of the year

The first major announcement concerns the redesign of the MacBook Air. Recent events such as the health crisis seem to complicate the situation for Apple – and analysts or leak specialists. According to Mark Gurman, the firm had planned to launch its MacBook Air at the end of 2021 or the beginning of 2022. However, the release of the M2 chip would have finally been postponed for a few months.

A situation that pushes Tim Cook and his teams to postpone the release of his MacBook Air in the second half of the year. The ultraportable would not see the light of day before the third or fourth quarter of 2022; which coincides with forecasts by analyst Ming-Chi Kuo. The redesign of the MacBook Air would go through “an all-new design, MagSafe, the M2 chip, and more”.

A change of screen with the use of mini-LED technology is also mentioned. However, a doubt remains on this element and even on the use of an M2 chip. For Ming-Chi Kuo, Apple could simply offer a “modified version” of its M1 chip. The latest innovation from the firm would be reserved for the Pro range.

On the other hand, the 13-inch MacBook Pro with an M2 chip is still expected for 2022. Rather oriented towards the entry level, its renewal would allow it to stand out from the MacBook Air.

These announcements are rather logical insofar as Apple is not in an emergency situation. The switch to Apple Silicon chips has been well received, and current machines still offer an attractive level of performance. If Mark Gurman’s announcements are confirmed, the manufacturer would opt for a renewal cycle of between 18 and 24 months.

The MacBook Air M2 rather towards the end of the year, according to Mark Gurman

Ming-Chi Kuo had also announced that this new look MacBook Air could finally be released in the third quarter. As for the 14-inch and 16-inch MacBook Pros with the future M2 Pro and M2 Max chips, they should only be unveiled in 2023. On the other hand, the 13-inch MacBook Pro must still welcome

Redesigned MacBook Air: release postponed to the second half of 2022

Since its launch in 2008, the MacBook Air has largely kept the same design to this day. A situation that should nevertheless change this year since, according to some observers, Apple is preparing to release a redesigned model of MacBook Air. A redesign that should take place as part of the upcoming launch of Apple’s brand new M2 chip.

The information was revealed by Mark Gurman, a specialist in Apple issues working at Apple. He estimates that the launch schedule for the redesigned MacBook Air is going to see a bit of . Previously, it had indicated in one of its newsletters titled “Power On” that the laptop would be available in late 2021 or early 2022.

This initial deadline will therefore no longer be respected according to the latest revelations from the same Mark Gurman. He now expects a release in the second half of 2022. Information that is more or less confirmed by another Apple analyst.

This is Ming-Chi Kuo who estimates that mass production of the new MacBook Air should begin at the end of the second quarter or the beginning of the third quarter of the year. A forecast which means that the device should be launched in the month of September.

No new high-end MacBook Pro on the horizon before 2023

The information about the redesigned MacBook Air is not the only one Mark Gurman has revealed about Apple products. The specialist also indicated that the Cupertino company does not plan to launch new high-end 14- and 16-inch MacBook Pro models before 2023.

So when the M2 processor comes out later this year, high-end versions of the chip won’t find their way into any MacBook Pro model right away. We will have to wait until next year to see the M2 Pro and M2 Max chips equip MacBook Pro models. However, it cannot be ruled out that Apple will launch a new entry-level MacBook Pro this year. This should be equipped with a 13-inch screen and an M2 chip.

The launch of a series of new Macs with the new chip cannot be ruled out either. If this is confirmed then Apple should opt for an announcement model similar to the one it chose in 2020 to unveil products like the MacBook Air M1, the 13-inch MacBook Pro or the entry-level Mac mini. Which would mean a launch towards the end of 2022.

In 2021, Apple renewed its MacBook Pro line. So, do the new MacBooks deliver on their promise? This computer is equipped with a 16-inch Liquid Retina XDR display. Mini LEDs display vibrant colors and deep blacks. The screen is really cut out for image and creative professionals. Processing photos, doing video editing, watching a movie or playing games, on such a screen, no doubt, it’s a treat. The refresh rate of 120 hertz brings a lot of fluidity to use. The transitions are spot on, the animations are fast, in short, everything runs smoothly.

The computer is powered by the powerful M1 chip. The performance of the MacBook Pro is striking for such a compact machine. The M1 chip delivers high-flying performance and even better battery life. MacBook Pro is made for marathons with a heart that keeps pace. It offers a huge autonomy of nearly 17 hours in video streaming. What to think big!

This model is equipped with 512 GB of memory, a 1 TB SSD all powered by a 16-core M1 chip. High-end, powerful, the vintage MacBook Air 2021 is a racing beast that knows how to be discreet. And yes, the silence of the machine is impressive.