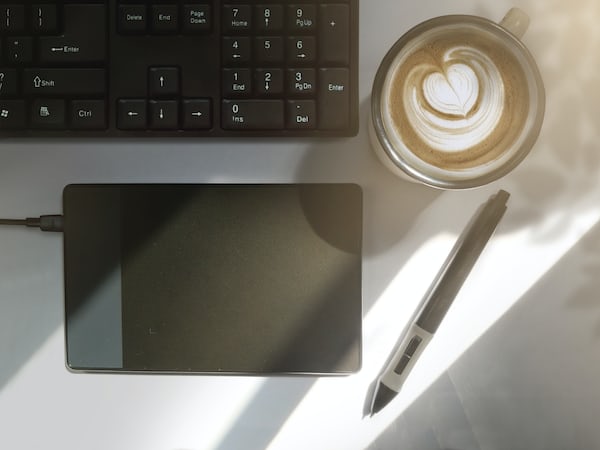 2021 definitely ended on a… virtual note. While Facebook had just been renamed Meta, Mark Zuckerberg announced that he would spend $10 billion a year over the next decade to launch and democratize the metaverse on a large scale. A nebulous concept which, however, continues to headline many Unes and to be debated in our discussion circles.

A new matrix remains to be written

Everything is to be invented. Everything is to be built. Everything is to be predicted. Because today, still no recruitment initiative in the metaverse has been carried out. And I am convinced of it: while the war for talent continues to rage, it has become essential to consider it as an essential track to support the current recruitment challenges of companies. “Human” capital, which has now become a strategic emergency, calls on companies to reinvent themselves and redouble their imagination to attract talent. Because those who will bet on the metaverse to support their recruitment objectives will be those who will attract the talents of tomorrow.

And very concretely? Personal services, industrial, security, banking, health,… It’s a fact: all professions will be concerned and it will be possible to simulate specific situations and analyze a candidate’s essays in a precise manner, in complete safety. Because it is here that all the beauty of the metaverse lies: to reconstruct and re-transpose our own real environment to test multiple and varied immersive scenarios. And learn from it.

Without any geographical limit, the metaverse will allow recruiters to overcome real borders and access a pool of international talent, with diverse and varied profiles, while avoiding costly travel – whether on the financial or environmental. Also, with the help of our avatars, say goodbye to cognitive biases of gender, appearance and age! Because the virtual world will make it possible to concentrate more on the message, the speech and the expertise of the candidate, rather than the image that it sends back.

If these advantages are indisputable, everything remains to be qualified. Because as I said, everything remains to be built: the digital divide, which already exists, will undoubtedly be accentuated there, these new technological uses will continue to widen the gap with environmental concerns, questions and issues relating to the privacy of users will also have to begin to take shape,… Without a doubt, we are only at the beginning and the opportunities to be seized are immense, but we must, in the long term, together , provide bricks of answers to build a virtual world as much – or even more! – ethical than our real world.

Explore the metaverse to offer an immersive experience in order to project the future collaborator into his company and facilitate its onboarding. Capitalize on the metaverse to reinvent the classic CV and get to know the universe of a candidate, … You will have understood it. The possibilities and scenarios are endless. Is the virtual therefore a response to the issues addressed in the real world? In any case, it will be necessary, in the future, to build bridges between these two worlds. Because the virtual will fit above all in a logic of optimization of our reality.

“THE METAVERS, CHRONICLE OF AN ANNOUNCED DEATH”, ___M DAMARDJI (FABRIQ)

At the end of October 2021, Facebook shook the whole world by revealing the project the Californian company had been working on for a few years: the metaverse. In order to strengthen the ambitions of the group led by Mark Zuckerberg, Facebook has announced that it is renaming its parent company Meta. Players in the new technology sector were fired up at this announcement with great fanfare, driven by its lucrative possibilities. Lots have sold for significant sums, as announced by Carrefour with the acquisition of land on the platform The Sandbox.

This metaverse wave comes almost two years after the Covid-19 pandemic, reinforced by the idea that Internet users are increasingly moving towards the virtual world and the evolution of work habits and virtualized social relations.

Certain factors play in favor of this craze for the metaverse. The advent of generalized telework in the new post-covid world and the appetite of new generations for social networks and the virtual world are at the forefront of the arguments in favor of the metaverse. However, let us ask ourselves two questions. First, aren’t there already tools that allow us to telecommute? Companies have invested a lot in these tools in a very short time. Second, didn’t the virtual world and social networks exist before Meta popularized the subject? Is virtual reality really a new technology?

Timing, the key to the success of a technological innovation

It is difficult to predict what will happen to certain technologies in the next few years. What seems obvious to us at a precise moment will not necessarily be so once confronted with the reality of the market.

For its part, the metaverse has existed for at least 20 years. Among the actors in activity, there is Virbela, this virtual world dedicated to the world of work, the educational world and that of events. In addition to the latter, there are other video game publishers that the hype around virtual worlds must make smile. Since the end of the 1990s, several hundred million players have met virtually in video games. Subsequently, the generalization of the Internet allowed them to meet from their homes to play games such as Half Life or Counter Strike.

Is the metaverse really a novelty? Creating avatars and meeting people in virtual universes, isn’t this the very definition of the famous game The Sims, with its 200 million copies sold worldwide, launched 22 years ago? The success of the media launch of the metaverse cannot guarantee either its success or its resilience.

A soft adoption of the metaverse rather than a radical one

Now that we know the Metaverse has been around for at least a double decade, are we going to experience a drastic change in our ways? Will expanding its content change anything? Much of the answer would lie in our current tools. Google, Microsoft or Zoom are doubling their imagination to offer extremely powerful and increasingly intuitive tools.

The fate of the metaverse will also heavily depend on the user base. Today, as in many years, everyone will continue to use the same tools to work and communicate, including computers, tablets and smartphones. Access to the tools of the metaverse as well as their cost suggest that the adoption of this technology will not be radical, like the transition from so-called “on premise” productivity tools such as Microsoft Office to a suite available on the cloud, which has been slow to reach the corporate world. Once they became useless, the PDAs, these small personal assistants, gave way to the all-powerful smartphones.

Everyone thought smartwatches would replace the phone. Well received by the public, they should have a bright future ahead of them. But just like tablets, which have never succeeded in replacing smartphones, each device has on the contrary found its place in an ecosystem where the telephone remains an essential object of everyday life. A veritable Swiss army knife, it has been used for many purposes, such as contactless payments, replacement of transport tickets, contactless access to one’s vehicle, for example, and many other applications.

We tested a dive in the metaverse

Asking me to become a guide for “ELLE” readers in the metaverse is like asking, say, Éric Zemmour to take care of the reception of migrants at the border. Rotten metaphor, we agree, but you get the spirit. Less geek than me, it does not exist! I’ve spent the last fifteen years of my life threatening teenagers with ripping the electrical outlets off their consoles. The last time I played a video game was the one where balls have to eat seeds in a maze, I can’t even remember the name. Wearing a virtual reality headset? If it doesn’t blow-dry at the same time, what’s the point? I have never made such an arduous investigation, and I suspect a lot of Machiavellianism in the minds of the people who commissioned it from me. There. Now that I’ve complained, I can confess this: I literally loved my foray into parallel universe fans!