SamaGame > How To > [REVIEW] : MIUI 13: how to install the new update on your Xiaomi smartphone? 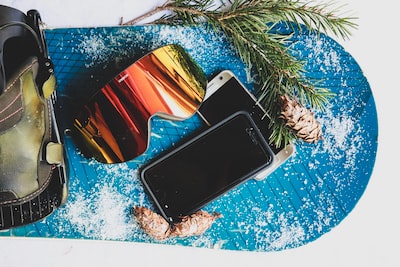 [REVIEW] : MIUI 13: how to install the new update on your Xiaomi smartphone?

[REVIEW] : MIUI 13: how to install the new update on your Xiaomi smartphone?

On the occasion of the launch of the Xiaomi 12, 12 Pro and 12X on December 28, 2021, Xiaomi lifted the veil on MIUI 13, the new version of its overlay for smartphones and tablets. This update succeeds MIUI 12.5 and promises to be faster, smoother and above all more flexible, since it now adapts much better to tablets.

Among the novelties on MIUI 13, we can notably mention new personalization elements around widgets, a better protection of personal data, and facial recognition now scans your entire upper body rather than just taking your face. MIUI 13 especially brings all the new features of Android 12 to Xiaomi smartphones, and promises to make them more durable over time (less loss of efficiency over the months, up to only 5% over 36 months).

Xiaomi would also have optimized its system applications, since these would be between 20% and 26% smoother than on MIUI 12.5 Enhanced Edition. Third-party applications have not been forgotten, and these promise 15% to 52% higher performance.

HOW TO TRY MIUI 13 ON YOUR XIAOMI SMARTPHONE?

For now, the MIUI 13 update is only officially available in China, but the first Custom ROMs from xiaomi.eu are already available for some smartphones. As a reminder, this is not European ROMs, but Chinese ROMs suitable for international audience. Some translations into English or French could therefore be missing. This custom Chinese ROM you will install Google services as well as the Play Store on your device, and you can even uninstall all Chinese apps from your phone.

Like all custom ROMs, the installation procedure may not be easy for everyone, and it is not recommended on your primary phone. If you still want to try MIUI 13, you will first need to unlock the bootloader from your smartphone and installer TWRP, the custom recovery tool. The procedure will erase all data on your device, so it is recommended to take a backup.

WHAT SMARTPHONES ARE ELIGIBLE FOR THE MIUI 13 UPDATE?

here is the list of smartphones that are currently eligible for the MIUI 13 personalized update and the various download links for MIUI 13 versions. These are stable versions, not versions from the MIUI 13 beta program.

For the moment, we don’t know exactly when MIUI 13 will be officially available in France. We imagine that the update will arrive at the same time as the Xiaomi 12 and 12 Pro in the coming weeks, and that it will be available immediately on certain devices such as the Xiaomi Mi 11 and Xiaomi 11 Ultra.

As a reminder, the new high-end smartphones from Xiaomi should arrive in France in February or March 2022, it will therefore be necessary to be patient before being able to officially download MIUI 13. Xiaomi has also already unveiled the list of devices that will be compatible with the update, but other smartphones should be eligible by the end of the year, including almost all smartphones that are less than 2 years old.

When will Xiaomi stop imitating Apple on its products?

Xiaomi is one of the most popular Chinese smartphone brands outside of China. The company started in 2010 as an internet company. However, in 2011 she released her first smartphone and since then she has been steadily rising through the ranks.

Xiaomi is regularly featured in the top 5 smartphone brands worldwide and it is the number one smartphone brand in many markets. However, Xiaomi has a long history of “copying”. Over the years, the company has released a few devices or systems that look more like a copy ofApple.

The latest is the blatant resemblance between iOS 15 and the recently released MIUI 13. However, before we delve into this topic, let’s take a look at a few times where Xiaomi copied Apple. the Xiaomi Mi 4 from 2014 looks like a direct copy of theiPhone 5 d’Apple. In fact, during the launch event, Xiaomi CEO Lei Jun even used the phrase “One More Thing” which was popularized by Steve Jobs Apple at the time.

Fast forward to 2018, Xiaomi took out the Wed 8 which has been described as a “blatant scam” of theiPhone X d’Apple. The Xiaomi Mi Pad, the gestures and the MIUI 9 wallpaper, the Xiaomi airdots, MIUI 6, ads from Xiaomi, Xiaomi Mi Box and other products have copied Apple in one way or another.

Coming back to the MIUI 13, many of its elements copy iOS 15. If we can use the expression “copy and paste” it can describe the situation between MIUI 13 and iOS 15. The changes made to the MIUI 13 aren’t enough to make it look very different from iOS 15. In all fairness, copying something that’s good isn’t all bad. However, it looks more like a scam and it makes Xiaomi look empty.

However, some Android fans claim that Xiaomi is only taking inspiration from Apple’s system. They claim that Xiaomi is “better”, cheaper, and has a similar premium look. Nonetheless, anyone who appreciates hard work will hate the resemblance between MIUI 13 and iOS 15. Google, Samsung, and even the other skins Android have their own original user interface designs. Xiaomi could have gone this route instead of copying Apple.

Despite the copy, MIUI 13 seems to work perfectly. Many Mi fans don’t care if MIUI 13 is a copy. As long as it works flawlessly and remains affordable, they will continue to patronize Xiaomi.

Apple is fairly rigorous when it comes to protecting its intellectual property, but not when it comes to Xiaomi. Apple is suing a recipe app (Prepear) for using a pear as a logo, on the grounds that it is too close to its own logo.

However, Apple seems to lose its mojo when Xiaomi copies its entire user interface. The legal issues are very complex and we don’t really know how it works. However, there should be a very good reason for Apple to seal its lips when Mi copies its design.

Xiaomi MIUI 12: we tested the smartphone update which is very much inspired by Apple

In recent years, Xiaomi has made immense progress in terms of software. Long accused of being a bad copy of Apple’s iOS, the MIUI system has emancipated itself to become one of the most elegant Android overlays on the market. MIUI 10 has changed its design, MIUI 11 has simplified it… Little by little, Xiaomi has succeeded in erasing all the faults of its operating system to satisfy its European public.

With MIUI 12, Xiaomi aims to propel itself to the level of the most advanced manufacturers in the field such as Samsung or Apple. The Chinese company therefore tackles the small details, hoping to make a difference. We tested the new version of MIUI on the Mi 10 Pro smartphone.

Did we speak too quickly by claiming that Xiaomi had stopped imitating Apple? With MIUI 12, the Chinese brand has clearly rekindled the copier. The update borrows a lot of small details from iOS and, to our surprise, replicates them brilliantly. Where many manufacturers have often burnt their wings by wanting to “do Apple”, Xiaomi manages to offer an excellent user experience. Using MIUI 12 on a daily basis is fun.

How To, MIUI, Xiaomi