[REVIEW] : On AR/VR, Apple prefers the down-to-earth to the metaverse 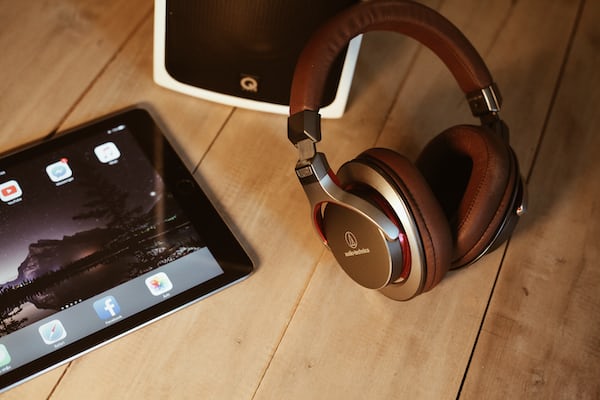 [REVIEW] : On AR/VR, Apple prefers the down-to-earth to the metaverse

It’s rare to be able to peek behind the curtain of aluminum and glass that surrounds Apple Park, but aside from occasions like the annual Worldwide Developers Conference and the few press events, we’re sure four times a year, CEO Tim Cook and CFO Luca Maestri will be available to talk about the firm’s results and even answer a few questions from industry analysts.

A chance to get some clues about what Apple executives are thinking. Sometimes, it’s true, you have to read between the lines – these people are extremely disciplined when it comes to secrets. But it’s always possible to glean information about what’s to come, even if Tim Cook isn’t keen on showing the company‘s roadmap. Listening to the latter speak at the conference last week, a few areas came up, showing the Apple CEO’s particular interest in them. Looking at what Apple has done or plans to do in these areas, it’s not hard to see why.

To be or not to be metavers

Yes, it happened, the dreaded word appeared during an Apple financial point: metaverse. Morgan Stanley analyst Katie Huberty asked Tim Cook how he views “the metaverse opportunity and Apple’s role in it.” His response was, of course, tactful as always. The CEO did not commit to anything, but stressed that there is a lot of interest in this space, and that the company is “investing accordingly”. The biggest hint came when he mentioned that Apple has “over 14,000 ARKit apps in the App Store.” ARKit is Apple’s augmented reality framework — the software that underpins all those often tedious demonstrations at Apple events, where people holding iPhones and iPads gesture over objects that aren’t really there.

The main reason this event is important is that it serves as a reminder that Apple has spent a great deal of time and energy creating software that allows developers to easily implement augmented reality. Even though that view is currently limited to phones and tablets, the company wouldn’t devote as much attention to something that’s only about those devices, because they’re not the best way to experience that kind of content. , nor was an iPod video the best way to watch television.

That Apple is starting to slip the word “metaverse” into its advertising campaigns is unexpected, but the company is not naive either. You don’t see one of its biggest competitors changing its name to speak only of the virtual future without foreseeing that it will also be part of yours. Apple may not call its version of connecting people in virtual space “the metaverse,” but the fact that Tim Cook has long been talking about augmented reality and that communication and media are a big part of the the company’s helmet project portends something big.

Health, an area that is close to your heart

If there is one area in which Tim Cook seems to have a personal investment, it is that of health. Apple’s CEO has long been supportive of the Apple Watch, which seems to be the closest Apple product to his heart (or, at least, his heartbeat). So when asked by analyst Harsh Kumar about Apple’s vision for healthcare in the future, it’s no surprise that Tim Cook brought up the Apple Watch rescue examples ( which has recently been the subject of a major advertising campaign). However, it is not certain that Mr. Cook is content with the Apple Watch. In response, he said his “feeling has always been that there’s more here…but we can keep pulling the string and see where it takes us.”

“Pulling the string” is one of Tim Cook’s favorite metaphors he’s deployed to talk about TV in the run up to tvOS and Apple TV+, and it certainly suggests the company is continuing to put its money where it’s needed. There are reports that Apple is investigating adding additional health sensors to the Apple Watch, such as those to track blood pressure and blood sugar. This is a difficult task for a non-invasive device, but it is also health data that many people need to monitor closely. Apple would also have considered adding sensors to its AirPods range, without it being known exactly what they could be used for. Either way, the focus on health comes with real, tangible examples from Apple. The firm cares about the health of its users, and that in itself is hugely appealing to Tim Cook – not to mention Apple’s marketing team.

The trifecta: hardware, software and services

Of course, the biggest question for Apple is always which projects it decides to work on. Asked how the company chooses its opportunities, Cook said it likes to focus on “areas that lie at the intersection of hardware, software and services. Because we believe that’s where the magic really happens and where it brings out the best in Apple.” Nothing shocking about that: look at the Apple Watch, watchOS, and Fitness+ which are key examples. Just as much as Apple TV, tvOS and TV+. Do you see a pattern here? This is the trifecta for the company: you buy the hardware, which subsidizes the development of the software, then you pay a subscription for the service that is added to it. It’s a way to keep Apple users in the ecosystem, not to mention keep them coming back for more.

Apple is surely preparing something focused on health. Its newest Fitness+ service appears to be just the beginning as health data could be integrated into so many other places in users’ lives: doctors’ offices, hospitals, and more. And while perhaps the most interesting part of Apple’s involvement in the metaverse is its hardware and software, one can’t help but think that the firm will want a service to go along with them. Perhaps additions to Apple TV+, Apple Arcade and Apple Music to bring a true virtual and/or augmented experience into the mix. Buying an Apple VR headset may be doing society a favor, but today such a product would be a trifle compared to a recurring customer, caught between the hardware, software and services integrated into their daily lives.

Apple TV +: subscribers do not stay after the release of big movies

For example, Apple TV+ saw 60,000 new subscriptions in July 2020 when it released USS Greyhound: The Battle of the Atlantic, a movie starring Tom Hanks. The 60,000 subscriptions do not include people who activated their free offer obtained with the purchase of an Apple product.

On arrival, less than 50% of these new users were still subscribers six months after the release of USS Greyhound: The Battle of the Atlantic. 30% of subscribers who signed up when the film was released abandoned the streaming platform within the first two months.

Apple TV+ isn’t the only streaming service that has struggled with big movies. For example, HBO Max released the movie Wonder Woman 1984 in the United States at the same time as the theatrical release. There was a spike in subscriptions on release day, and then a lot of people left the platform after a few months. Same story on the side of Disney + with the musical Hamilton.

Antenna explains that many people subscribe for short periods of time and then unsubscribe. But the streaming platforms manage to attract more people than they lose, which allows them to have positive data on arrival.

A catalog too light

“You constantly need new content,” said MoffettNathanson analyst Michael Nathanson. Streaming services not only need to build vast libraries of old shows and old movies, but they also “need a few great movies hitting theaters every quarter to feel like they have real value.” For once, such a scenario in France is impossible because of the chronology of the media. This imposes a delay between the cinema release and the streaming release.

Apple: A Real Interest In The Metaverse?

Meta, formerly known as Facebook, has fundamentally changed the metaverse industry. From a vague opportunity for the future for businesses, the sector has become a priority area of ​​development for many firms. And the announcement effects continue to work on this word which has become a “buzzword” like the name “NFT”. When asked about the opportunities in this booming sector, Tim Cook offered the following response:

We are an innovation company, so we are always exploring new and emerging technologies and I have spoken at length about our interest in these technologies at this time.

Aware of the potential of the metaverse sector, the Apple CEO also recalled that the company already offers more than 14,000 augmented reality applications via its App Store.

Anyway, Apple is already currently developing a dedicated headset. But it seems that it is focused on video games and access to content rather than a desire to create a central product in a metaverse development strategy.