SamaGame > HOT > pokémon > [REVIEW] : The creators of Pokémon Go imagine the Tamagotchi of the future 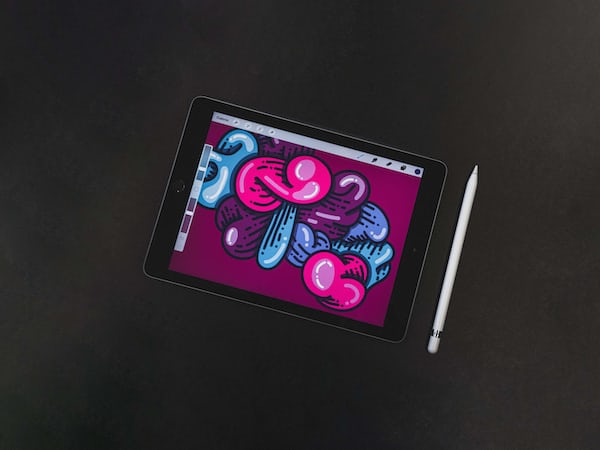 [REVIEW] : The creators of Pokémon Go imagine the Tamagotchi of the future

[REVIEW] : The creators of Pokémon Go imagine the Tamagotchi of the future

Niantic announces its latest augmented reality game, and this time it’s an original license that sees the light of day.

Some may still remember Eyepet, a PlayStation 3 game that allowed you to take care of small virtual animals in augmented reality in your living room, or even Invizimals, which offered a clever mix of Pokémon, Digimon and augmented reality on PSP. portable.

Niantic revives the concept of “Tamagotchi” in AR with its new game titled Peridot.

After having made a name for itself in the mobile gaming industry by offering exploration games based on existing licenses such as Pokémon Go, Harry Potter Wizards Unite or more recently Pikmin Bloom, Niantic will offer its first original license since Ingress.

One day I will be the best breeder

Breeding and cuteness will be at the rendezvous in Peridot. Your main objective? Take care of adorable creatures to become a true protector of nature and those strange critters that just suddenly reappeared. Indeed Niantic says that after “thousands of years plunged into a deep sleep, the Peridots wake up in a world very different from the one they used to explore, and you will have to protect them from the extinction”.

Feeding his creatures, training them, making them grow and reproduce will then be at the center of the gameplay of this augmented reality reinterpretation of the Tamagotchi concept.

Additional peculiarity of the game, each of the critters that players can breed will be unique. By combining a multitude of elements using procedural generation, the Peridots will all have a unique appearance, as well as character traits of their own.

The creatures will even have their own DNA based on how they actually work in naturemaking the breeding and breeding aspect of the game even more realistic.

By playing together with your friends, you will then be able to raise more original Peridots than the others. With different archetypes like cheetahs, unicorns or even yetis, the combinations promise to be original.

A positive and innovative experience

Also, the game is intended positive and non-punitive. Thus, even if the premise of the game evokes the extinction of creatures, these will not be able to die, and the players will rather be rewarded for returning regularly rather than punishing them by making their virtual pets disappear.

In addition, Peridot will be an opportunity for Niantic to implement their new “Lightship” platform, which allows you to build more lively and advanced augmented reality worldsin order to develop metaverses in AR.

The creatures will then be able to recognize different types of environmentsin particular the types of surfaces and will interact differently with an earth or concrete floor for example.

The future of augmented reality therefore seems to be taking shape thanks to this project, which appears to be rather simple and childish.

No release date has been announced for the moment, but as usual from Niantic, the game will be available in certain countries this month for testing phases, and should soon be available worldwide. .

Niantic (Pokémon Go) wants to revive the Tamagotchi craze on mobiles with Peridot, its new game

NEW POCKET CREATURES, PIKACHU AND HIS GANG SET AWAY

For those who grew up in the 1990s, the word “Tamagotchi” must awaken a flood of memories that are quick to make you nostalgic for a few minutes. If this generation could have thought that nothing like this could have seen the light of day, it was very badly knowing the ambitions of Niantic on the subject. The augmented reality specialist has certainly built its reputation with Pokémon Go, but despite some pitfalls such as the upcoming closure of Harry Potter: Wizards Unite, the studio wanted to bounce back with many projects like Pikmin Bloom and, more recently, Peridot.

It is this new project that holds our attention today since it marks a new turning point for Niantic, which is no longer content to adapt new, well-known licenses, but which returns to the front of the stage with an original franchise like the ‘was Ingressthe first game from the studio, in its time. Galvanized by their work on the famous pocket creatures, the Niantic teams have concocted a new experience that will ask you to take care of a slew of cute little critters, from your phone and wherever you want!

THE PERFECT MIX BETWEEN TAMAGOTCHI AND POKÉMON GO?

In time, mobile gamers will no longer live with just their pets, but with the Peridot. After spending thousands of years in a deep slumber, this magical species has awakened in the middle of the real world to find refuge in our smartphones. Behind this tribute and this evolution of the Tamagotchi concept, we find a game much more complete than a simple augmented reality application where you have to take care of the creatures by entertaining them, feeding them and training them.

The game is based in particular on the same bases as Pokemon Go encouraging you to roam your surroundings and interact with the real world, but it doesn’t stop there. In the title, full of unique creatures, it will be possible to cross each species to bring out new ones that have their own characteristics and their own DNA ! Better still, Peridot is aimed at all player profiles: the teams have made it a point of honor to reward both regular and more occasional players. For example, no matter how often you play, your Peridot will never die, unlike its Tamagotchi ancestor on which you had to watch the grain.

For the moment, no release date has been announced. but Niantic plans to launch the game in “select markets” as early as this month, expanding further and further into the regions that can benefit from the title’s soft launch.

niantic, the studio responsible for developing games such as Pokémon Go and Pikmin Bloom, has announced a new original franchise, Peridotwhich immerses the user in a world of virtual pets with which they can experience real-world adventures.

Peridot is a new augmented reality mobile game a real and original franchise that brings the experience of take care of unique creatures and breed them, with an adorable and colorful design.

The Peridots come from awakening after thousands of years of lethargy. in a world they no longer know and need help to avoid extinction.

The developer explains in a press release that players will be able to collect their own peridots, which they… will be cared for from birth until they become adults.feed them, play and walk with them. With Peridot, the player will also be able to explore the world, meet other creatures, and collaborate with other players.

Niantic’s new video game is still in development and… The trial version will arrive “soon” in certain markets.

Peridot: a kind of Tamagotchi in augmented reality by the creators of Pokémon Go

Peridots are also virtual pets that must be nurtured and protected, but unlike Tamagotchi, they cannot die. “Creatures will never die. Instead, we’re trying to reward players to come back and play with their creatures more often. There’s no punitive element to this game,” Ziah Fogel, Senior Product Manager at Niantic told our colleagues. by SamaGame.

The studio indicates that each Peridot is unique. They have different personalities and looks, as well as their own DNA to create variants when breeding. Obviously you have to feed them, play with them and walk them, but this time everything happens in the real world via augmented reality. They are indeed able to recognize different surfaces such as sand, water, grass and foliage so as to react according to their needs.

For those who want a bit of context, Niantic has provided a story: “After thousands of years of slumber, the Peridots are awakening in a world very different from the one they wandered in, and they will need your help to find them. protect from extinction”.

Peridot will work on the same principle as Pokemon Go, but with creatures to educate like the Tamagotchi.

Since the release of Pokemon Go, Niantic, the developer of the title, has been looking to ride the wave of augmented reality gaming success. Several other adaptations subsequently followed, including Harry Potter: Wizards Unite and Pikmin Bloom. This week, the American developer announced a fifth production, Peridot.

A mixture of Pokemon Go and Tamagotchi, Peridot is an augmented reality game featuring small creatures that need to be pampered and educated. Unlike the Pokemon franchise, Peridot won’t be able to fight. It will just be enough to accompany them in their education by playing with them, teaching them tricks and then having them breed with each other.

“After thousands of years of slumber, the Peridots are awakening to a world very different from the one they lived in before, and they will need your help to protect them from extinction,” Niantic said in a statement.